Having been in China for 15 years including four years in Shenzhen, Nikita Potrashilin from Russia has a rich experience in product development and sourcing in industries ranging from lifestyle to hardware, and he regards these experiences as one of the advantages for his new project Geeek Club. 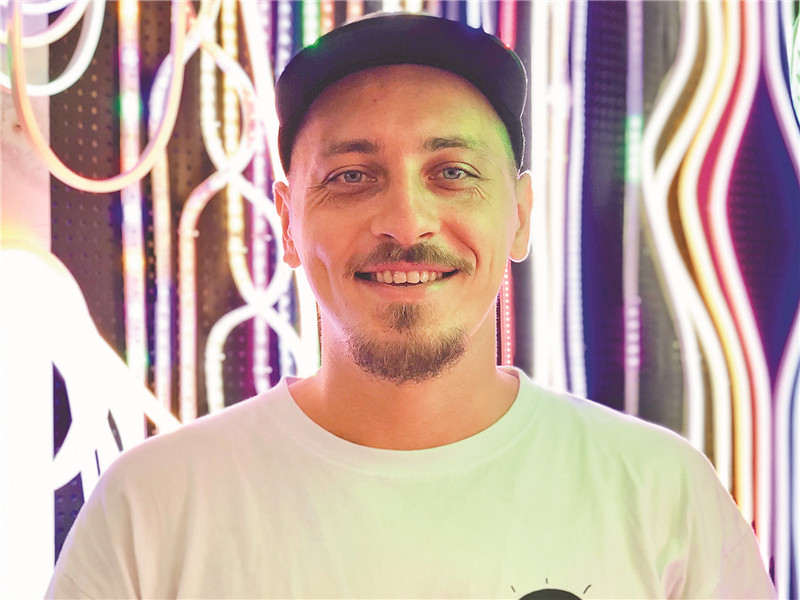 Described himself as “a Swiss knife with multi-functions,” Potrashilin, who can speak Chinese, also covers some parts of content creation, packaging, strategy, video manual creations and research in Geeek Club. He communicates with designers, suppliers and partners in China and connects the Chinese part of the team with those in Europe and the U.S.

“When you worked with different clients with a wide range of tasks in different industries, you learned many skills that become useful when you’re making your own startups where you do work of three to four people,” he said. “The time that we spent testing hypotheses is crucial and that is one of the advantages that we have compared to our potential competitors from other countries.”

Potrashilin’s hometown Khabarovsk is located right on the Russian border with Northeast China. Universities in Khabarovsk have different exchange programs with Chinese universities, so he studied Chinese and management in Changchun University of Technology in Northeast China’s Jilin Province from 2006 to 2011, during which he served as an English-speaking volunteer for the Beijing Olympic Games in 2008.

Then he moved slowly down from the north to Shanghai and Guangzhou.

After he finally arrived in Shenzhen to see “what is next for him in a more progressive city,” he collaborated with fellow Russian Artem Zhdanov in two projects: LaowaiMe, a Chinese culture consultancy with a merch store on Taobao, and UCHINA, providing guidelines for foreign startups to work with China and doing their outsourced tasks. In Potrashilin’s words, he helps them develop in China with “Shenzhen speed.”

“‘Shenzhen speed’ is the business ecosystem that exists in Guangdong and especially in Shenzhen for hardware and electronics. In our days, time is one of the most valuable things and nobody wants to develop their products endlessly. Shenzhen is the best place for electronics development. That is why here we can see the presence of all the biggest players in this industry,” he said.

Potrashilin said that there are also a lot of talented creators and inventors in Russia but talking about hardware, “everybody will cooperate with China, from Apple to a tiny hardware startup.” And since people from the innovation field know each other, he is confident to be “a gate between Shenzhen and the innovative ecosystem in Russia.”

“Recently, I see that Shenzhen has more maker spaces than before but the problem with them is that the office spaces have tiny desks and chairs. It feels like everybody just does coding or designs on a laptop but when you do real hardware development, you need a space for samples, prototypes, testing tools, etc. I hope Shenzhen will have more maker spaces for real makers who can have enough space to create physical products comfortably. Let’s make maker spaces great again!” he said.