Over the weekend, some lucky citizens were able to appreciate genuine works by renowned artists including “Buste de Matador” by Spanish artist Pablo Picasso and “Nu Avec un Pékinois” by Chinese painter Sanyu, on display at Shenzhen Bay Club, each of which with an appraisal value of more than HK$100 million (US$13 million).

The preview, which ended yesterday, is the first time that Sotheby’s has put on in Shenzhen. 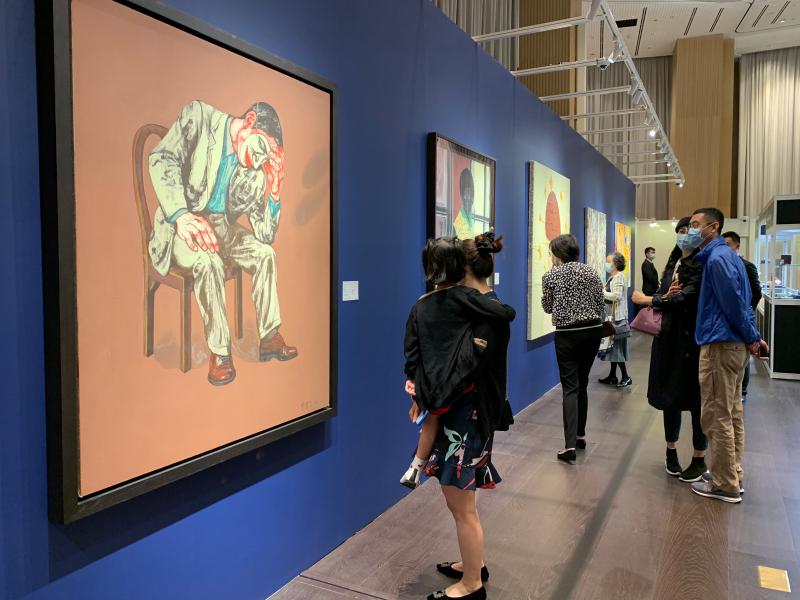 “Recent years have seen a rapidly-increasing number of collectors in South China, who have contributed to an increasing portion of auction sales at Sotheby’s. Shenzhen, a leading city in South China, is home to not only veteran collectors but also young art lovers including professionals and entrepreneurs who have unique taste. So we decided to bring the selected auction items here to their doorstep,” Rachel Shen, deputy chairman, China of Sotheby’s, told the Shenzhen Daily.

According to Shen, the auction sales of items knocked down (an auction house term for the hammer coming down to end the bidding) by Shenzhen and Guangzhou buyers in 2020 is more than five times that of 2018.

Jen Hua, deputy chairman, of Sotheby’s Asia, said that they have brought around 50 preview items with a total value of around HK$700 million to Shenzhen. 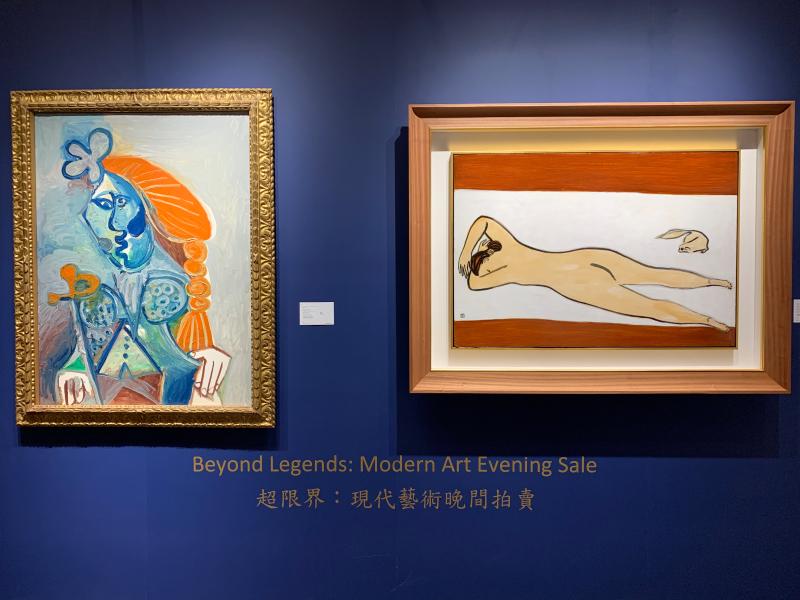 “Buste de Matador” (L) by Pablo Picasso and “Nu Avec un Pékinois” by Sanyu are the highlights of the preview. Chen Xiaochun

“The two most important works on display are ‘Buste de Matador’ by Pablo Picasso and ‘Nu Avec un Pékinois’ by Sanyu. We have also brought modern and contemporary artworks including artworks by Zeng Fanzhi and Zhang Xiaogang, an artwork by Matthew Wong, who is very well-known in the West, an artwork by renowned female artist Cecily Brown, and the artwork ‘Ten Stars’ by Japanese artist Yoshitomo Nara, which is very well-received,” said Hua.

Also on exhibition are the seven-karat Fancy Intense Purplish Pink Diamonds “Dam” Ring with an appraisal value of around HK$50 million, the ancient painting “Landscapes and Calligraphies” by Hong Ren, as well as porcelains of the Ming (1368-1644) and Qing (1644-1911) dynasties.

The Hong Kong spring sales series will consist categories ranging from fine art, including Chinese modern and classical paintings, modern and contemporary art, through luxury items like jewelry, watches, and wine. The event encompasses outstanding works from both ancient and modern times, unified in the pursuit of creativity and the highest level of craftsmanship by artists and brands alike.