The main bridge towers of Zhongshan Bridge, one of the key projects of the ongoing construction of the Shenzhen-Zhongshan Link, will be completed before the end of the year, according to Shenzhen Economic Daily.

The cable-stayed Zhongshan Bridge is about 1,170 meters long with two towers located west of the bridge. The western main bridge tower is about 213 meters high. The tower has reached 150 meters high and is expected to be completed before the end of the year, according to Chen Yue, deputy chief engineer and director of the Chief Engineers Office with Shenzhen-Zhongshan Link Administration Center. 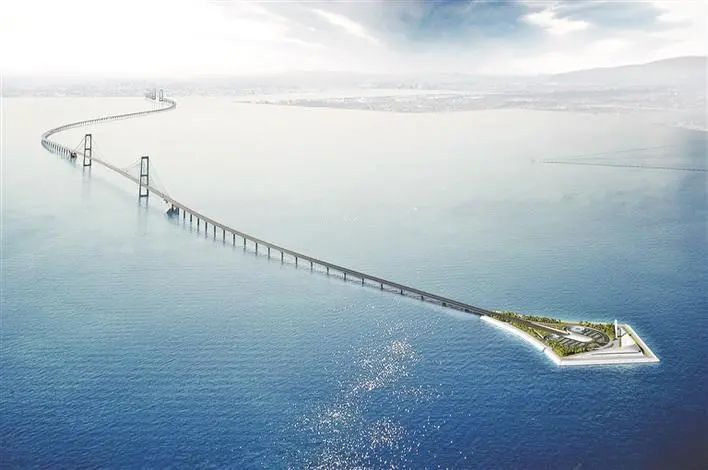 A blueprint of the Shenzhen-Zhongshan Link.

At present, the construction of the main tower of Lingdingyang Bridge, the tallest tower of Shenzhen-Zhongshan Link, has reached 210 meters. The height of the bridge towers will be 270 meters.

The link, which connects Guangdong’s three pilot free trade zones of Qianhai-Shekou in Shenzhen, Nansha in Guangzhou and Hengqin in Zhuhai, will be put into use in 2024. It will take only about 30 minutes to travel between Zhongshan and Shenzhen when the eight-lane structure is completed and is open to traffic in 2024.

Shenzhen-Zhongshan Link connects the city clusters of Shenzhen, Dongguan and Huizhou in the eastern part of the Pearl River Delta with the prosperous cities of Guangzhou, Zhuhai, Foshan, Zhongshan, Jiangmen and Zhaoqing in the western part, strengthening the connectivity in the Guangdong-Hong Kong-Macao Greater Bay Area.

At present, it takes about two hours for drivers to complete the journey via Humen or Nansha bridge, which experiences heavy traffic jams during peak periods.

The link is expected to play an important role in expanding cooperation and exchanges among cities in the Greater Bay Area in the future.

The project is designed to have a lifespan of more than 100 years.