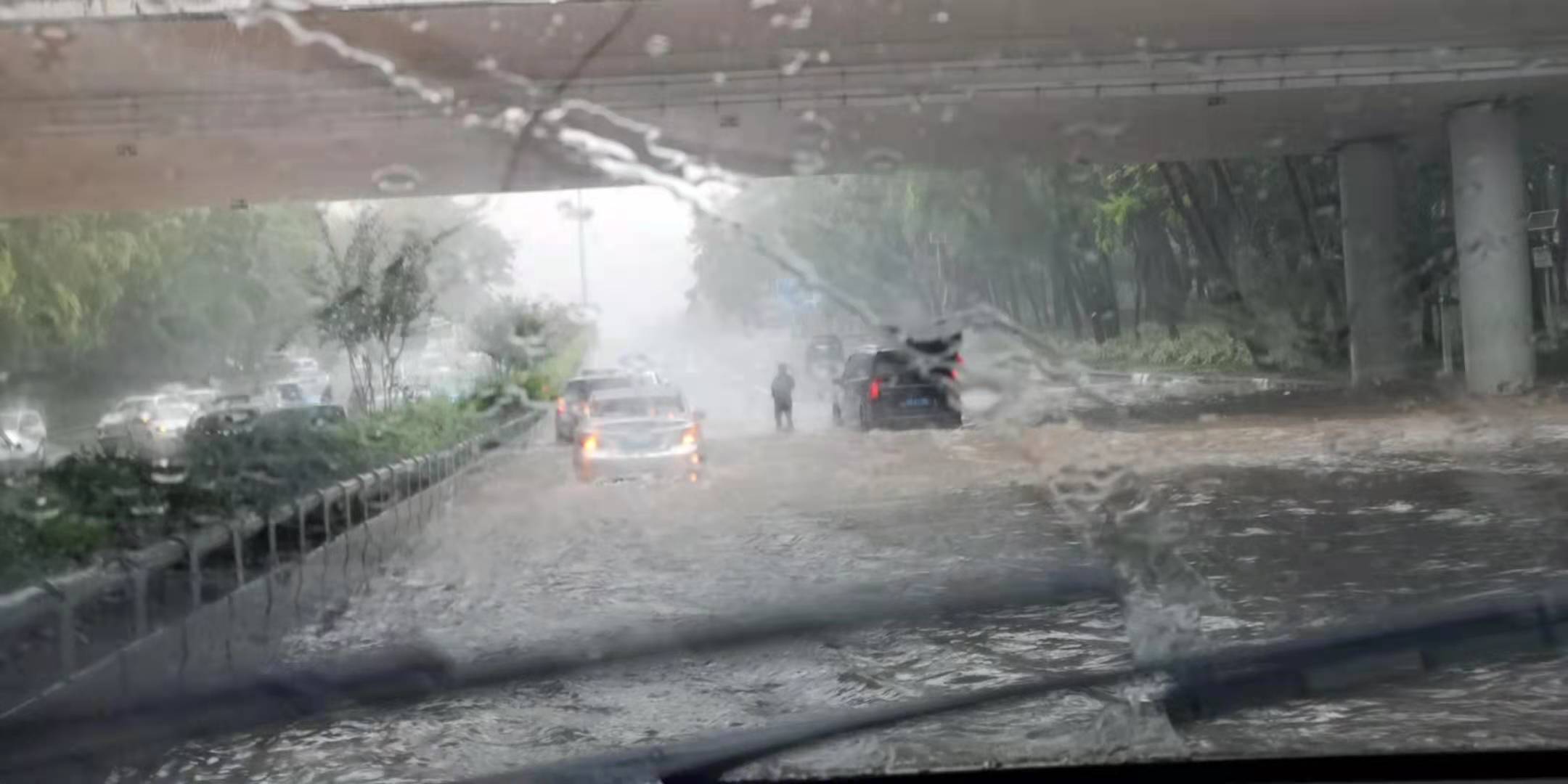 A man wades through a flooded section of Xinzhou Road in Futian District yesterday. Sun Yuchen

Heavy rainfalls will continue today but maximum wind gusts in some areas might drop to levels 6 to 7 after Typhoon Cempaka made landfall in Jiangcheng District in Yangjiang, Guangdong Province, at 9:50 p.m. yesterday, according to Guangdong Provincial Meteorological Services.

Shenzhen Meteorological Observatory has downgraded the alert level for heavy downpours from red to yellow at 3 p.m. yesterday as heavy rains eased.

In addition, the typhoon caused the cancellation of train G6045/6048 from Pingshan to Zhanjiang West yesterday, Southern Metropolis Daily reported.

Starting 10 a.m. yesterday, schedule adjustments were made for several trains running on the Shenzhen-Zhanjiang and Guangzhou-Maoming railways and Hainan routes.

Passengers can get a full refund for all canceled trains, according to the railway authority.

At the same time, Yantian International Container Terminals and three ports (SCT/CCT/MCT) in Shekou have also stopped shippers from picking up empty and laden containers from the ports starting 7 a.m. yesterday.