City of Design: How SZ is becoming the winner of international design awards

Playbulb Zooco is a series of LED lamps that can serve as speakers at the same time. It is a winner of this year’s German iF Design Award and Red Dot Design Award.

IN July, Yan Shaoting, a 16-year-old from Shenzhen, won the Best of the Best prize in this year’s Red Dot Design Award for his work known as Smart Helix, making him the youngest winner of this prestigious award in history. And this was only one of the many design honors and recognitions earned by Shenzheners this year. Taking the city as a whole, Shenzhen has won a total of 85 awards so far in 2017, topping all other participating cities from around the world.

According to Feng Changhong, secretary general of Shenzhen Industrial Design Profession Association (SIDA), Shenzhen has ranked first in a number of winning the Red Dot Design Award for six consecutive years, as well as in the German iF Design Award, another internationally-recognized design award on par with the Red Dot.

The road to Red Dot

In the 64th German iF Design Award held in March this year, the Chinese mainland won a total of 384 awards, among which Shenzhen garnered 142. As for the Red Dot Design Award, Shenzhen has taken home 85 awards this year.

The road to becoming a city with a reputation for elite industrial and product design began in 2006 when Shenzhen won its first Red Dot. Local design company Newplan and telecom corporate ZTE claimed the Red Dot Award and even the Best of the Best award that year. In 2010, six local companies won honors, including Fiyta, Newplan, Sinocare, Mindray and Sangfei, with Skyworth the only Chinese winner of the Best of the Best award.

In addition to the sheer number of awards earned, the winning enterprises have also been vastly diverse. As for product design, famous companies such as Huawei and ZTE have taken home awards every year. Design outsourcing companies such as LKK and emerging enterprise Baojia Battery Technology were also awarded many times. And different types of technology and design enterprises have received design concept awards. 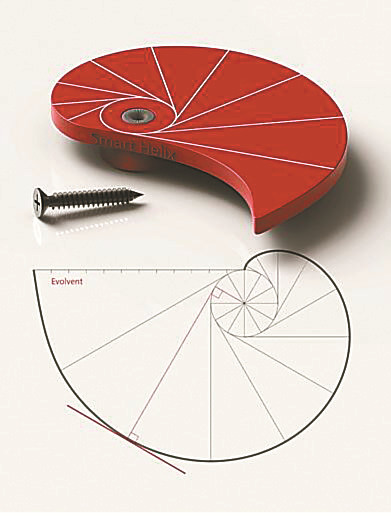 From 2014 to 2017, a total of six local companies won the Best of the Best awards. In recent years, the award-winning products have focused on intelligent manufacturing in areas like UAV, intelligent robots and smart home products. And this year’s supreme honors were given to DJI’s Inspire2 UAV and Pudu’s delivery robot PuduBOT, both of which epitomized Shenzhen’s finesse as a thriving tech and manufacturing ecosystem.

According to Hu Qingjie, product director of Shenzhen Zero UAV Tech Co., Ltd., Shenzhen’s strength in design is due to its comprehensive and rich manufacturing chain. While it would take one or two months to complete a product in foreign countries, it only takes a week in Shenzhen. The industrial system is complete and people with ideas can test their ideas within a short time. This is a fascinating advantage unique to Shenzhen.

Furthermore, local businesses have seen a lot of government supports, including policies launched in favor of the industry. From well-known enterprises like Huawei and ZTE to rising star DJI, Shenzhen has attracted a sea of talents. The development of the tech industry has promoted the development of design, and as a result a virtuous cycle involving various factors has made Shenzhen increasingly competitive.

As to whether the cycle is sustainable, Feng believes the answer is yes. The main reason he cites for his belief is that market demand has shown enterprises the importance of industrial design, without which a product cannot turn into a brand. In addition, the success of Shenzhen designs in international awards is related to the constant international exchanges and cooperation over the years.

By constructing international platforms, Shenzhen designers are amassing global insight into the latest design trends. At the same time, they are establishing cooperation with top international designers and institutions, improving upon their original design in the exchanges. In recent years, winning record-high international design awards has also signified Shenzhen’s design ability to bring forth original concepts.

As Feng sees it, Shenzhen has paid more attention to user-friendly features in recent years. Previous designs were more focused on the product itself and the perfect combination of appearance, function and structure. After unremitting market research, designers gradually realized that user experience was one of the key factors in designing a good product, and thus focused more on the relationship among product, function, people and the environment.

Reasons for standing out

There are about 150,000 industrial designers and employees in the field. In 2016, the output value of Shenzhen’s industrial design sector reached 6.9 billion yuan (US$ 1.05 billion), an increase of 15 percent year-on-year, and the economic value created was over 100 billion yuan.

According to Feng, Shenzhen has three advantages in developing industrial design compared with other cities.

First, an innovative atmosphere has been attracting more and more high-talent designers, who recognize that Shenzhen provides the tools they would need to reach their occupational dreams.

Second, support from the government is unprecedented and winners of international design awards are getting bonuses ranging from 50,000 yuan to 500,000 yuan.

Third, the communal aspiration to narrow the gap between international and local design quality has been fueling the city’s design industry to keep dreaming big and working hard.