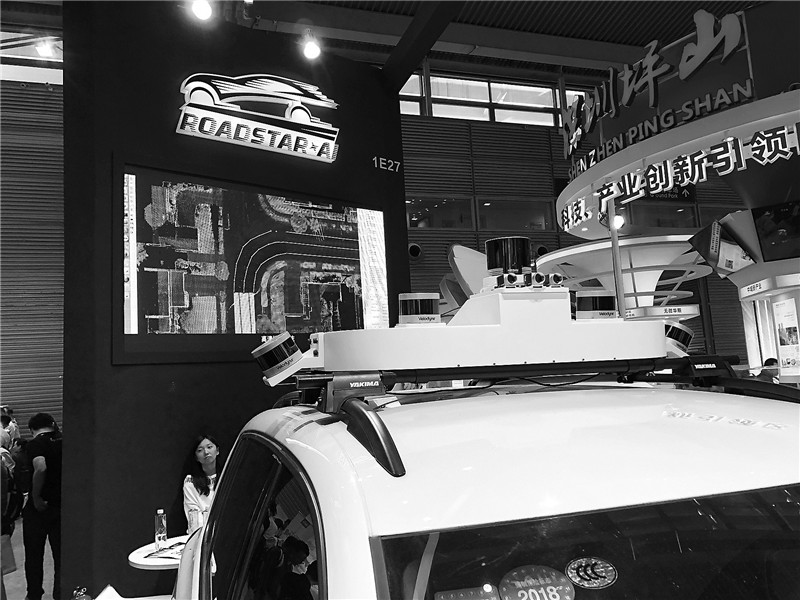 A set of multiple sensors that attaches to the roof of a car to instantaneously analyze a large quantity of data to guide the car to drive safely without human operation. Zhang Qian

Email of the writer: zhqcindy@163.com

One of the booths that is attracting a lot of visitors during the 19th China Hi-Tech Fair (CHTF) in Shenzhen is exhibiting a set of multiple sensors that attaches to the roof of a car to instantaneously analyze a large quantity of data to guide the car to drive safely without human operation. This is what we now call driverless technology.

The company, called Roadstar.ai, is a startup that was established by a group of overseas Chinese students with doctorates or master’s degrees from globally renowned universities including Stanford University, Virginia Polytechnic Institute, Tsinghua University and Hong Kong Polytechnic University, among others.

“We have developed a comprehensive solution that can analyze original data captured through multiple sensors, including lidar (light detection and ranging), cameras, millimeter-wave radar, GPS and the like,” said Gina Liu, president assistant of the startup.

What makes Roadstar.ai different from other companies focusing on driverless technology development is that this startup researches Level-4 technology for autonomous cars, which leaves driving totally to artificial intelligence (AI) solutions and requires no human supervision at all.

“We carried out a successful test of driverless technology earlier this year in California in the U.S., because although our headquarters is in Shenzhen, we have a branch research center in Silicon Valley,” said Liu.

The startup is confident in its technology and the promising market. It has gained investment worth over US$10 million from multiple venture capital institutions from home and abroad. Roadstar.ai has been listed as a key project by BOSCH and Microsoft.

Liu said that with the package of sensors, any vehicle with open access to the gear can be modified into an autonomous car. The gear can collect data and images of the surrounding environment within 150 meters, said Liu.