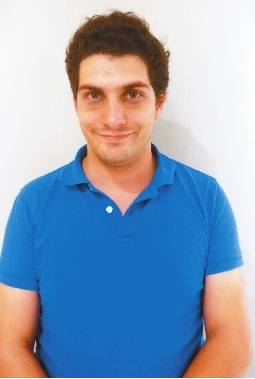 By developing anti-counterfeit technology in Shenzhen, Hugo Garcia-Cotte wants people to feel safe about what they’re buying. The 29-year-old is one of the five co-founders — three of whom are from France and two from China — of Cypheme, a tech startup based in Shenzhen.

According to Garcia-Cotte, Cypheme’s technology is able to use a smartphone camera to analyze the microstructure of paper. In other words, it can identify the unique fingerprint of a product’s paper label by using machine-learning methods and help people distinguish genuine products from counterfeits.

Additionally, Cypheme’s technology can read the unique microstructure of a kind of special ink, meaning that it can identify a tiny dot of this ink on a product’s packaging and detect instantly if the product is genuine or not. “That technology is available nowhere else in the world,” Garcia-Cotte said.

Cypheme was founded three years ago in Silicon Valley, the United States, and moved to Shenzhen in 2015. “It was a bold decision,” Garcia-Cotte said, “but we thought there are lots of counterfeits in China, so the companies who suffer the most should be Chinese companies.”

He said that one big question that has concerned the team since they came to China was whether the Chinese Government would support or fight counterfeiting?

The question was answered when Cypheme received a 500,000-yuan (US$75,500) grant from the Shenzhen government last year in recognition of the company’s anti-counterfeit technology.

“As far as I know it’s the first time the government has actually given this grant to an anti-counterfeit company,” Garcia-Cotte said. “I guess we have our answer. For us, this grant is a strong political signal that the Chinese Government hates counterfeits as much as we do.”

Garcia-Cotte said the company’s clients are mostly foreign brands who sell products in China, such as major liquor, pharmaceutical, cosmetic and tobacco brands.