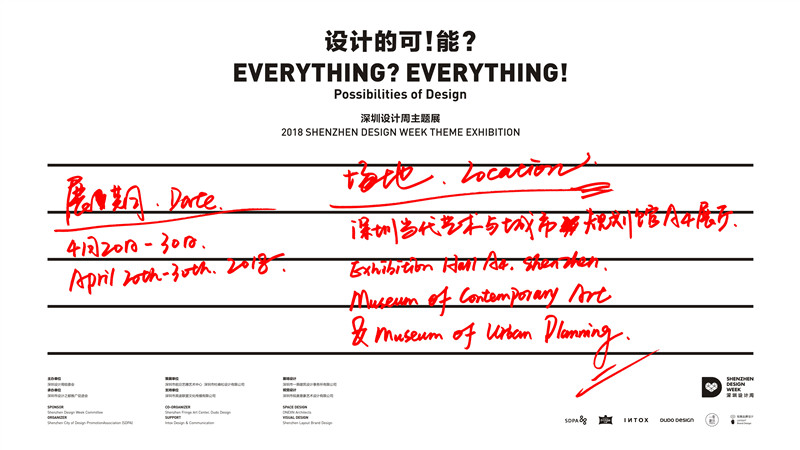 Themed “Possibilities of Design,” the thematic forum at the 2018 Design Week, which invited four groups of designers from different countries to share their stories about design, was held at the Shenzhen Museum of Contemporary Art & Urban Planning Exhibition on Saturday.

The four speech topics included “Amazing Asia” by Su Su and Yang Songyao, “From Unnecessary to Important” by Fuyuki Shimazu, “Designing Sustainable Solutions Together” by Thomas Flygenring and Faith Anne Acam and “Design for Social Innovation” by Eisuke Tachikawa.

Su, from China, and Yang, from Malaysia, founded 1983ASIA in Shenzhen in 2012. The studio specializes in Asian culture and art from the perspective of contemporary design, and established a new school of Asian mixed visual aesthetics in the world of art.

“Asian culture is very deep and rich. Even after five years of opening our company, we still feel like kindergarteners in terms of culture,” said Su during the speech. She later added that they refused opportunities to advertise. “We want to create a platform just for sharing and hope for more people to read stories about Asia and fall in love with Asian culture.” Danish Flygenring and Ugandan Acam work for Design Without Borders Uganda, Ltd. in Kampala, Uganda. They utilize design to improve people’s lives in the African country. They focus on service design and product design.

One of their projects is working with a Japanese company on agricultural tools. “In the past, carts used in Uganda easily broke down, which led to extra costs [for farmers]. And products imported from Japan or China are expensive for locals. So we hoped to design a locally-produced tool that is both cheaper and easier to fix,” said Flygenring. 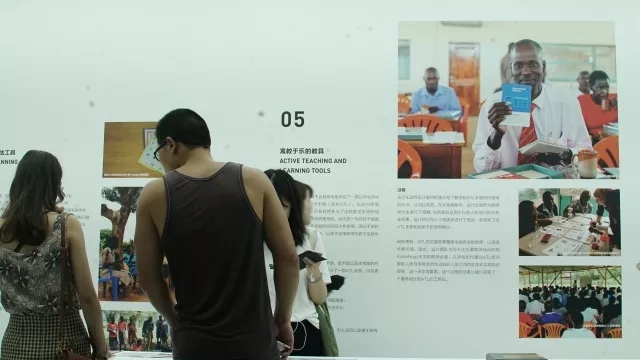 Another of their projects, “Adjumani,” is a United Nations program that targets young people and takes on the refugee crisis there.

“In 2016, we had a lot of Sudan refugees fleeing civil wars coming into the district in the northern part of Uganda,” said Acam.

At first the government would give a plot of land, some food and other forms of support to a refugee for a certain period, according to Acam. But it soon reached the point that resources such as water, land and jobs were not sufficient to reach refugee numbers. “So we came in as designers to see what kind of solutions could be applied,” Acam told the Shenzhen Daily.

Flygenring said they conducted trainings for young people who were unemployed and stuck in an environment in which it was difficult to create their own possibilities. “We invited these young people to work with us for three months and to face the challenge together.”

While Flygenring and Acam’s design work is not “design” the way most people normally imagine design to be, they are effectively improving people’s lives in Uganda in every aspect, including employment, education, agriculture and finances. Likewise, Shimazu from Japan turns something that we usually ignore and treat as a waste into a useful product and even a treasure. 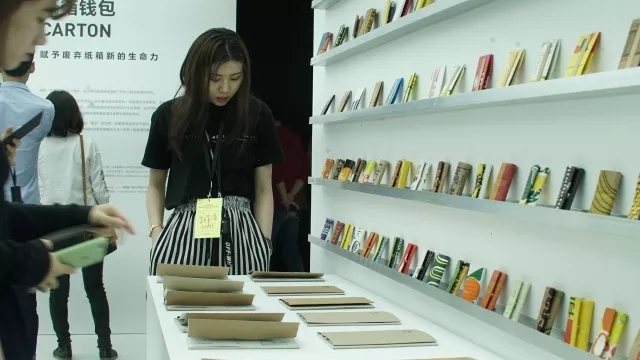 Shimazu creates and designs wallets from the cardboard boxes he collects from every corner of the world. Up to now, he has collected dumped cardboard from 27 countries. He started a cardboard art brand Carton. The concept of Carton is “From Unnecessary to Important.”

Shimazu recalled that when he was a sophomore, he didn’t have much money to buy new wallet. But he found there were many pretty cardboard boxes in his house, which inspired him to make a cardboard wallet. And so he did, though the first wallet was not well-designed. After improving the design through numerous iterations, the wallets he now designs are useful and appealing.

Another innovator, Tachikawa from Japan, is the CEO of NOSIGNER and strives to produce social innovation through his activities. Zenblack Garden is one of his latest works, which is specially designed for this year’s Shenzhen Design Week. The designer tweaks traditional Zen culture using the latest technology by creating a kind of “blackness” that is blacker than black is known in the ordinary sense.

Themed “Everything? Everything! Possibilities of Design,” the 2018 Shenzhen Design Week Theme Exhibition is on show till April 30.

The theme exhibition creates a dark space and enables every piece of work shine in the dark. It also implies that although there are many imperfect things in the world, many people are still using their own power to make changes and explore new possibilities.

Metro: Line 3 and 4 to Children’s Palace Station (少年宫站), Exit A