Line 5 to Wuhe Station (五和站), Exit A and then take a taxi Modern items of Dehua porcelain, a type of white Chinese porcelain originating from the Dehua region of Fujian Province, are on display at Guofeng Art Museum.

A traditional European term for Dehua porcelain is “Blanc de Chine.” It has been produced since the Ming Dynasty (1368-1644) to the present day. Large quantities were exported to Europe in the early 18th century when it was then duplicated in Meissen, Germany and elsewhere. It was also exported to Japan in large quantities. The area along the Fujian coast was traditionally one of China’s main ceramic export hubs. Over 180 kiln sites have been identified extending in historical range dated from the Song Dynasty (960-1279) to modern day. The kilns found in Dehua also produced other ceramic wares, including some with under glaze blue decoration.

From the Ming period, porcelain objects were manufactured and achieved a fusion of glaze and body traditionally referred to as “ivory white” and “milk white.” The special characteristic of Dehua porcelain is the very small amount of iron oxide in it, allowing it to be fired in an oxidizing atmosphere to a warm white or pale ivory color. This color makes it instantly recognizable and quite different from the porcelain from the imperial kilns of Jingdezhen, which contains more iron and has to be fired in reduction if it is not to appear an unpleasant straw color. 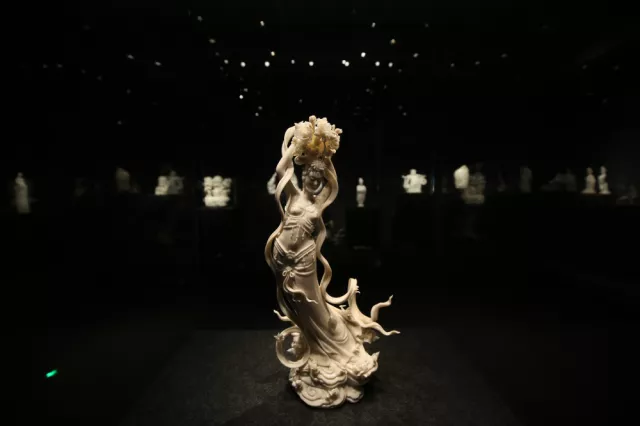 Metro: Line 5 to Wuhe Station (五和站), Exit A and then take a taxi