Chocolate, corn and cosmos in Maya art| Until Nov. 25

Line 2 or 4 to Civic Center Station (市民中心站), Exit B 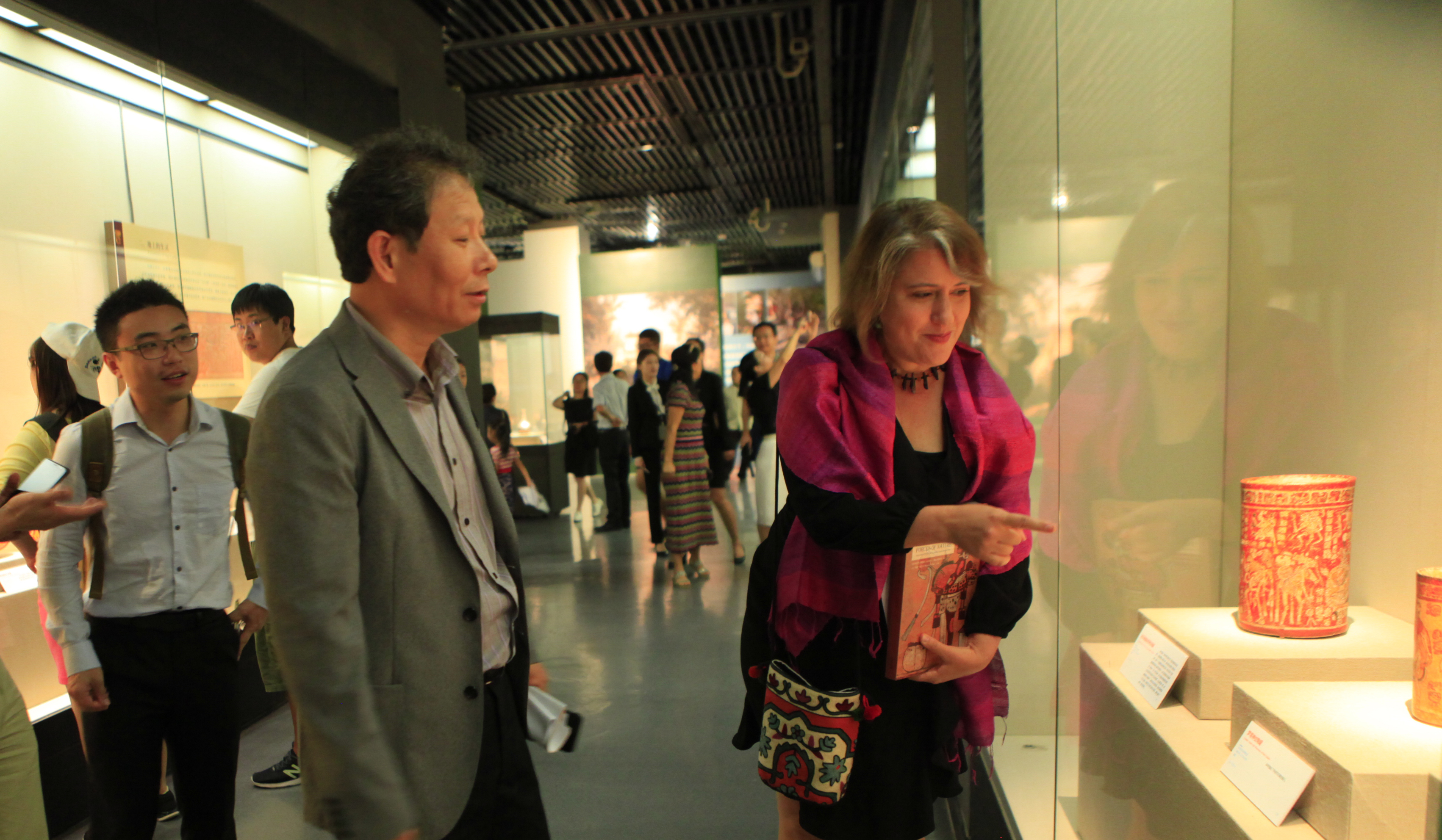 Megan E. O'Neil, associate curator of the art of the ancient Americas at LACMA, shows an art piece to Guo Xuelei, deputy director of Shenzhen Museum, at the exhibition in Shenzhen. (Photo by Sun Yuchen)

More than 200 relics of the Maya civilization are on display at the newly opened "Forces of Nature" exhibition in Shenzhen Museum. From eating corn mixed with chocolate toppings to performing hallucinogen enema rituals, the exhibition gives a glimpse into the lives of the ancient Mesoamerican rainforest people.

On loan from the Los Angeles County Museum of Art (LACMA) in the United States, the 216 objects are mainly from the Classic period (250-900) of the Maya civilization and detail the relationships that the ancient Maya had with the natural and supernatural realms. 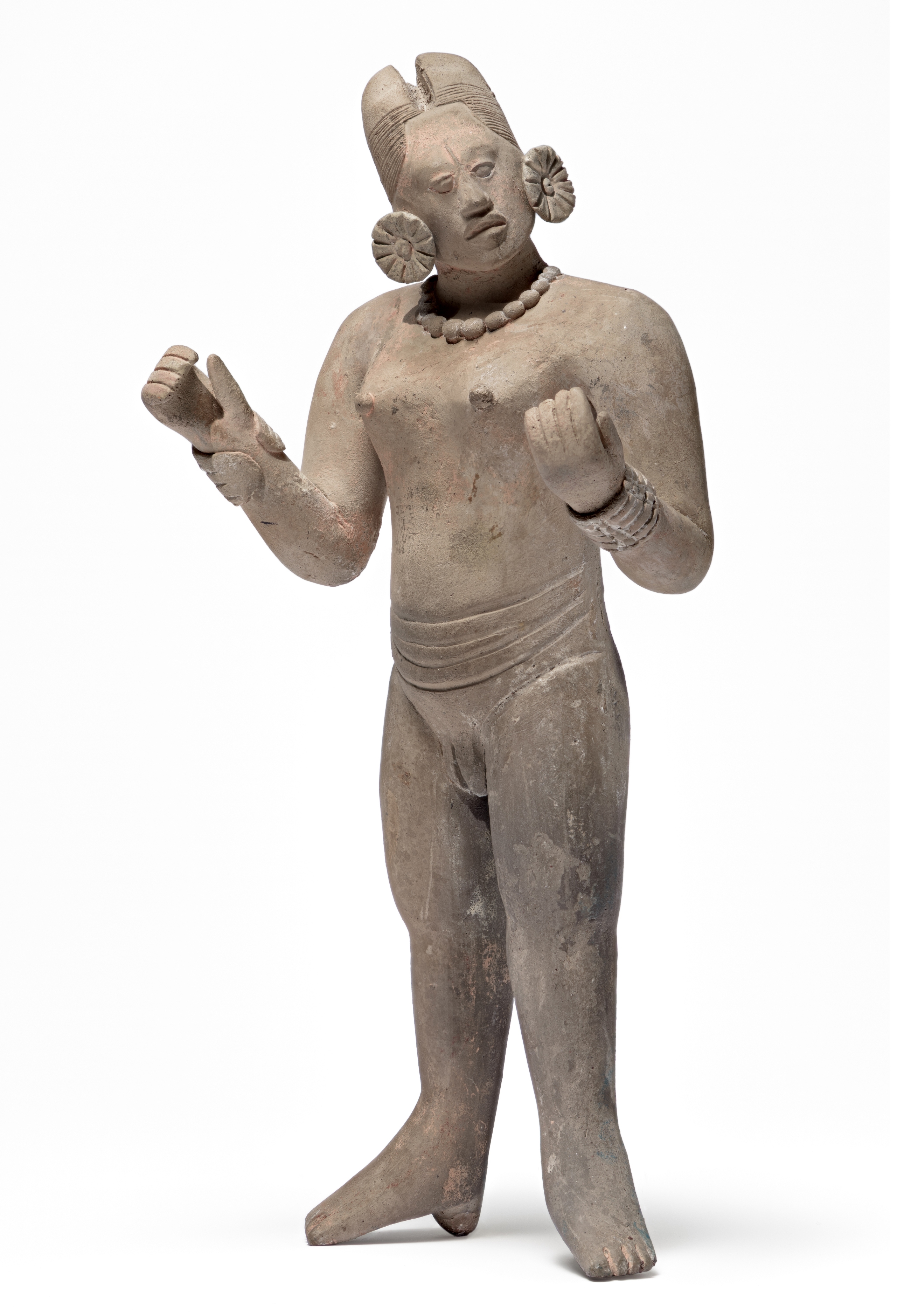 Figurine of a Maize Goddess (Courtesy of Shenzhen Museum)

"The Maya civilization and the Chinese civilization are among the world's oldest civilizations, which shared many similarities, such as worshiping the nature and using a logosyllabic writing system. This exhibition is a good chance for visitors to have a close encounter with the Mayans because you can admire the beautifully painted pottery, vivid sculptures and finely crafted decorations here. The exhibited items all showcase the ancient Mayan understanding of the universe and the world. Their way of living in harmony with nature allows the public to experience the unique cultural aesthetics and spiritual world of the Mayan people," said Guo Xuelei, deputy director of Shenzhen Museum. 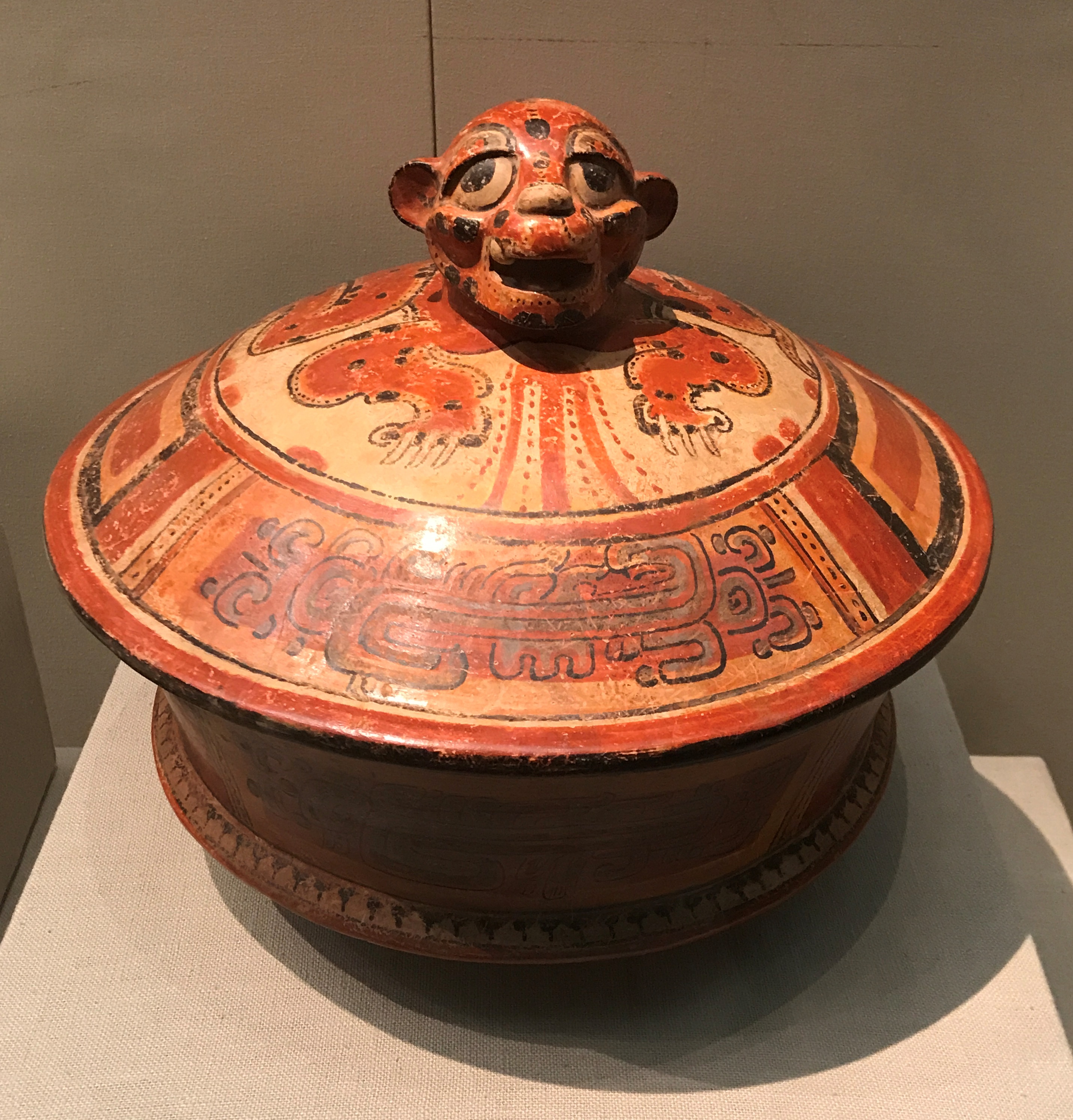 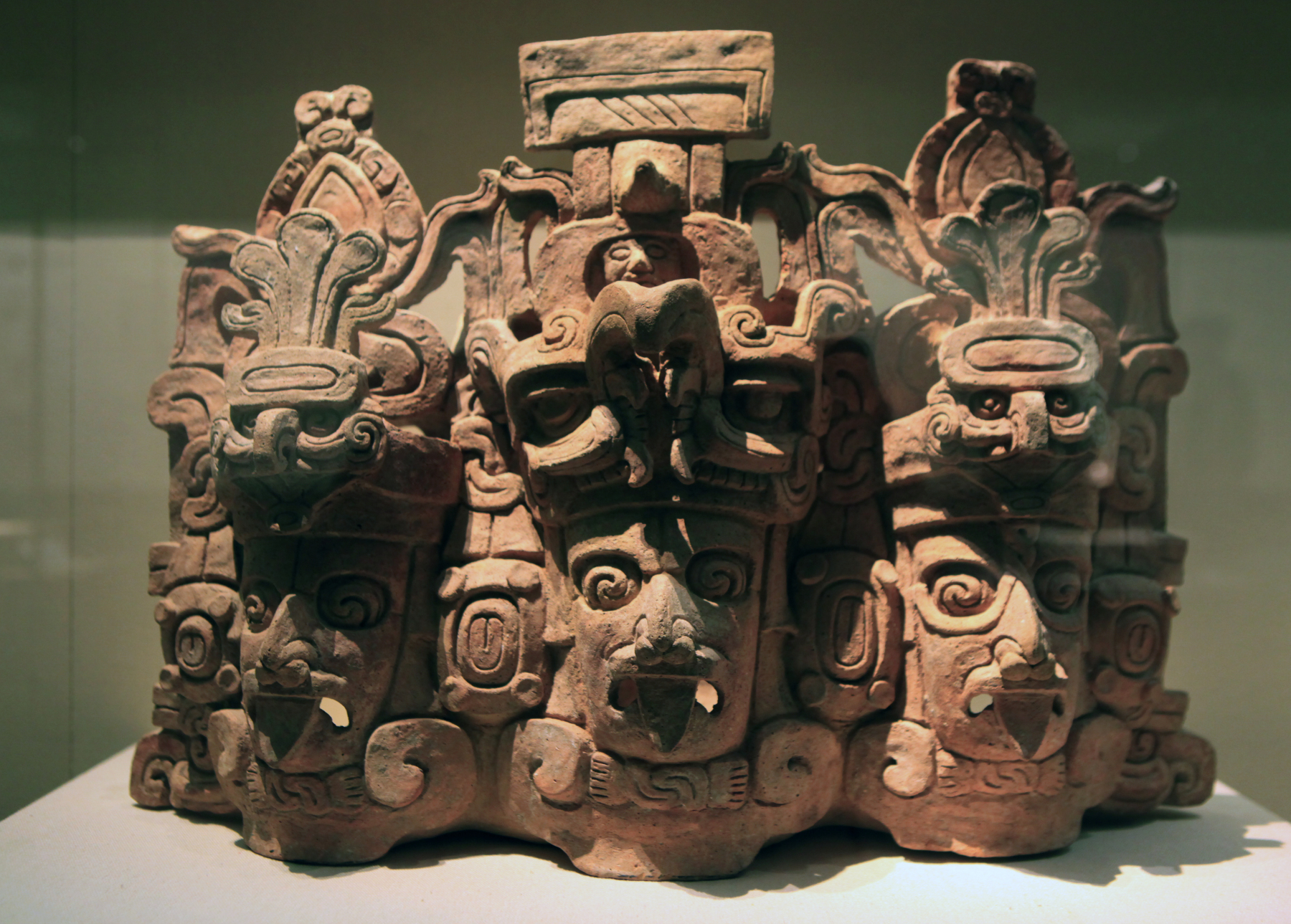 "The theme of the exhibition is 'Forces of Nature,' which is the idea that Maya gods are winds, rain and the sun, and people drew power from those forces. We believe this theme would appeal to Chinese visitors,” said Megan E. O'Neil, associate curator of the art of the ancient Americas at LACMA.

O'Neil recommended visitors to admire different shapes of eccentric flints, which are among the finest lithic artifacts produced by the ancient Maya. At the exhibition, eccentric flints in form of humans, animals and an open mouth associated with Maya religion are presented. They were technically challenging to produce, requiring considerable skill on the part of the artisan. 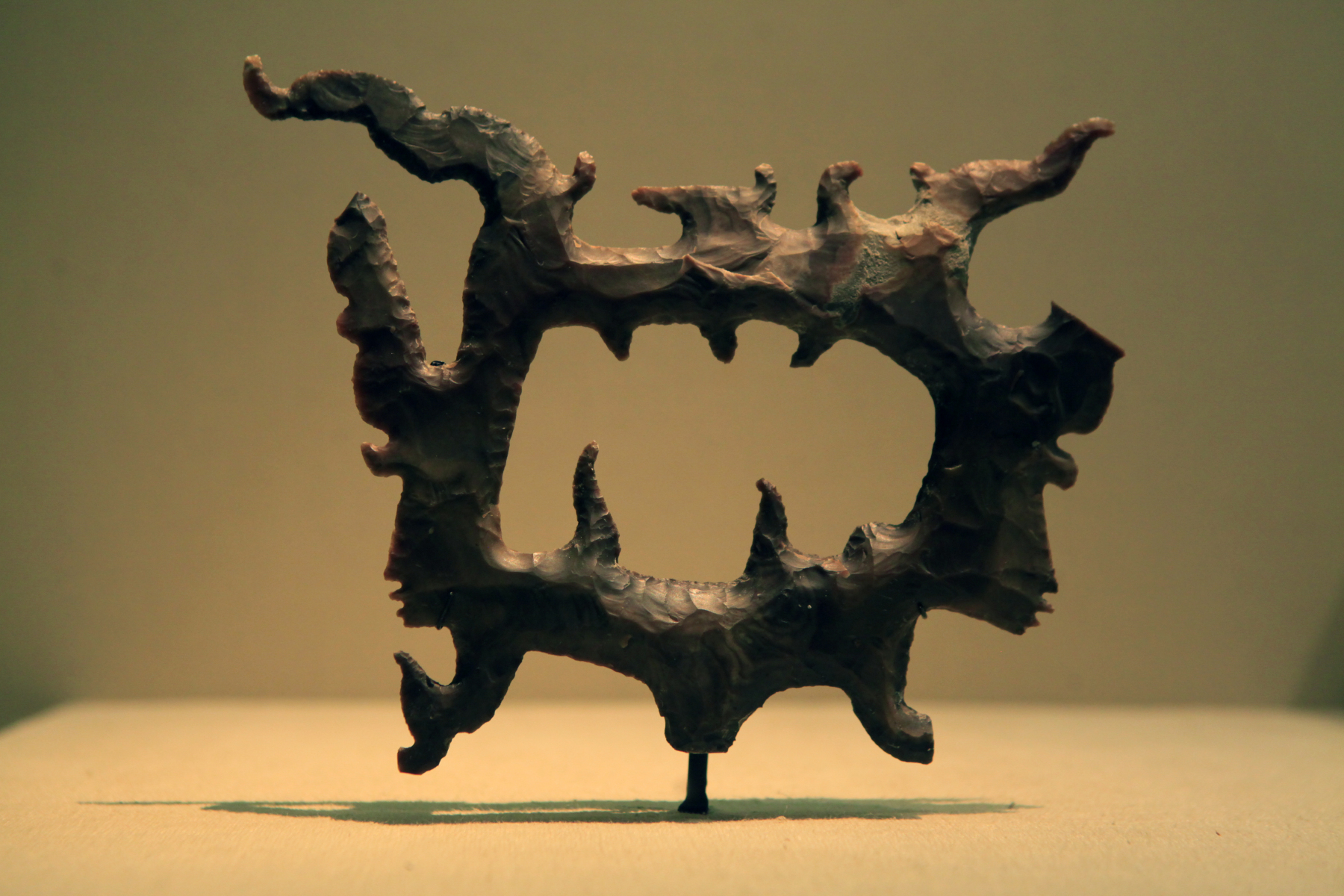 O'Neil also noted that visitors should look closely at vessels and plates with the Maya maize god images since the ancient Mayans recognized a vital force with which they strongly identified in their staple crop, maize. "The god of corn of the Mayans is a beautiful young man and you can find the images of the Mayan maize god dancing in many objects," she said. 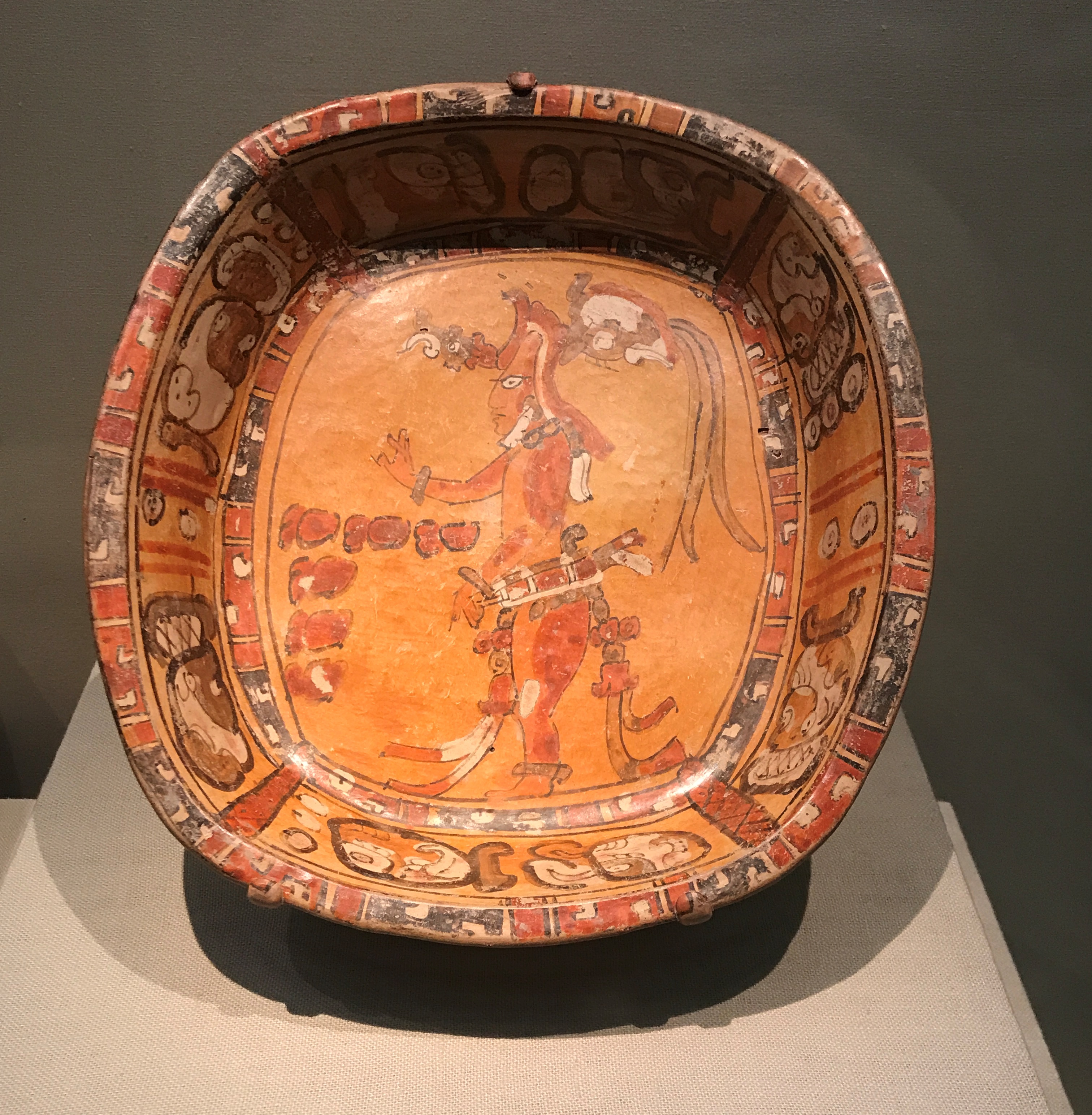 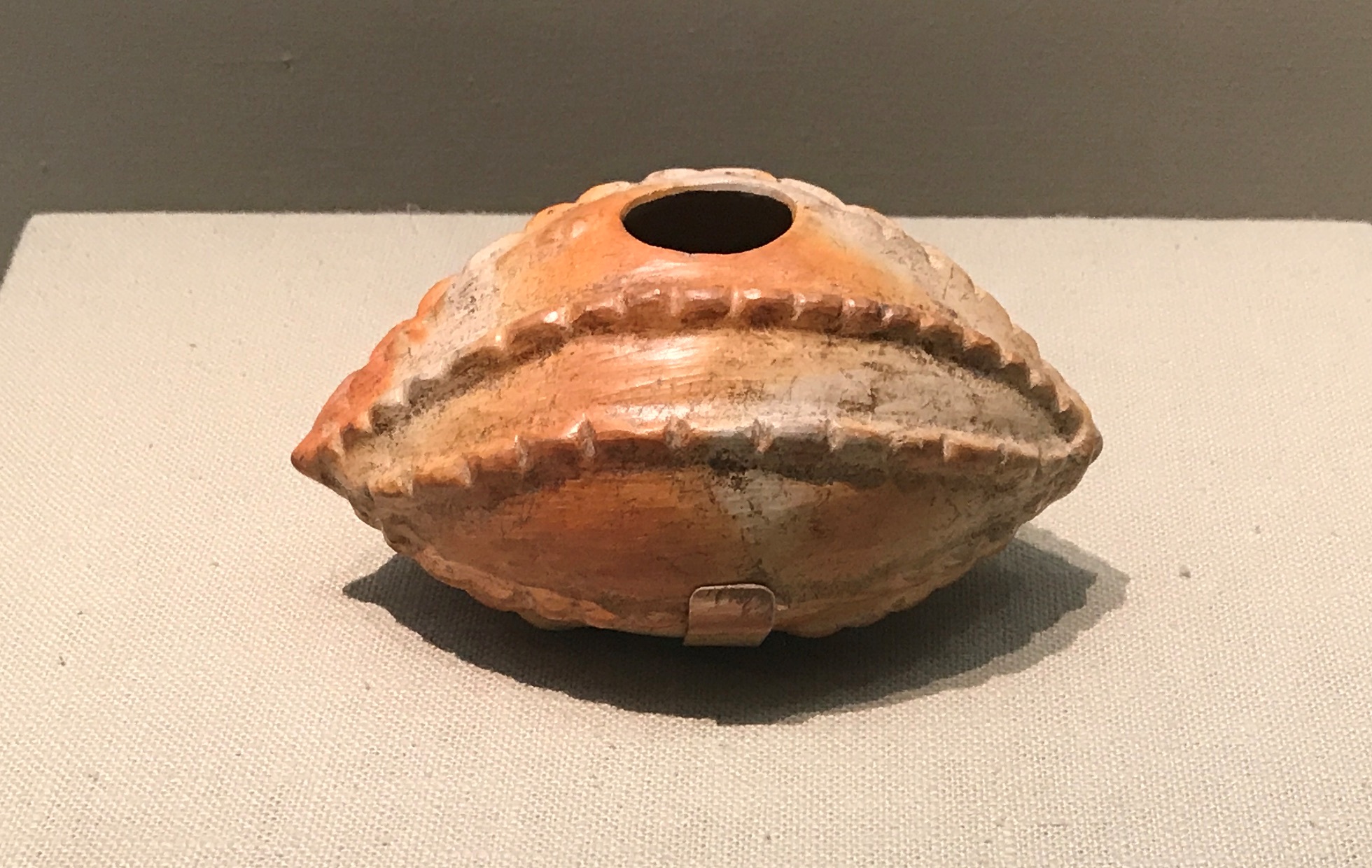 In addition to maize, the Maya also cultivated prestige crops such as cacao, which could be used as currency or made into chocolate drinks. According to the exhibition information, the ancient Mayans ate tamales or other corn food with chocolate toppings and many fine bowls at the exhibition were painted with images and inscriptions naming them as vessels for containing maize or chocolate dishes.

The Mayans were cosmic philosophers and on a carved box at the exhibition, visitors can find the cosmic structure carved by these ancient people. The Maya viewed the cosmos as highly structured with multiple levels. Each level had four cardinal directions associated with a different color. Major deities had aspects associated with these directions and colors. 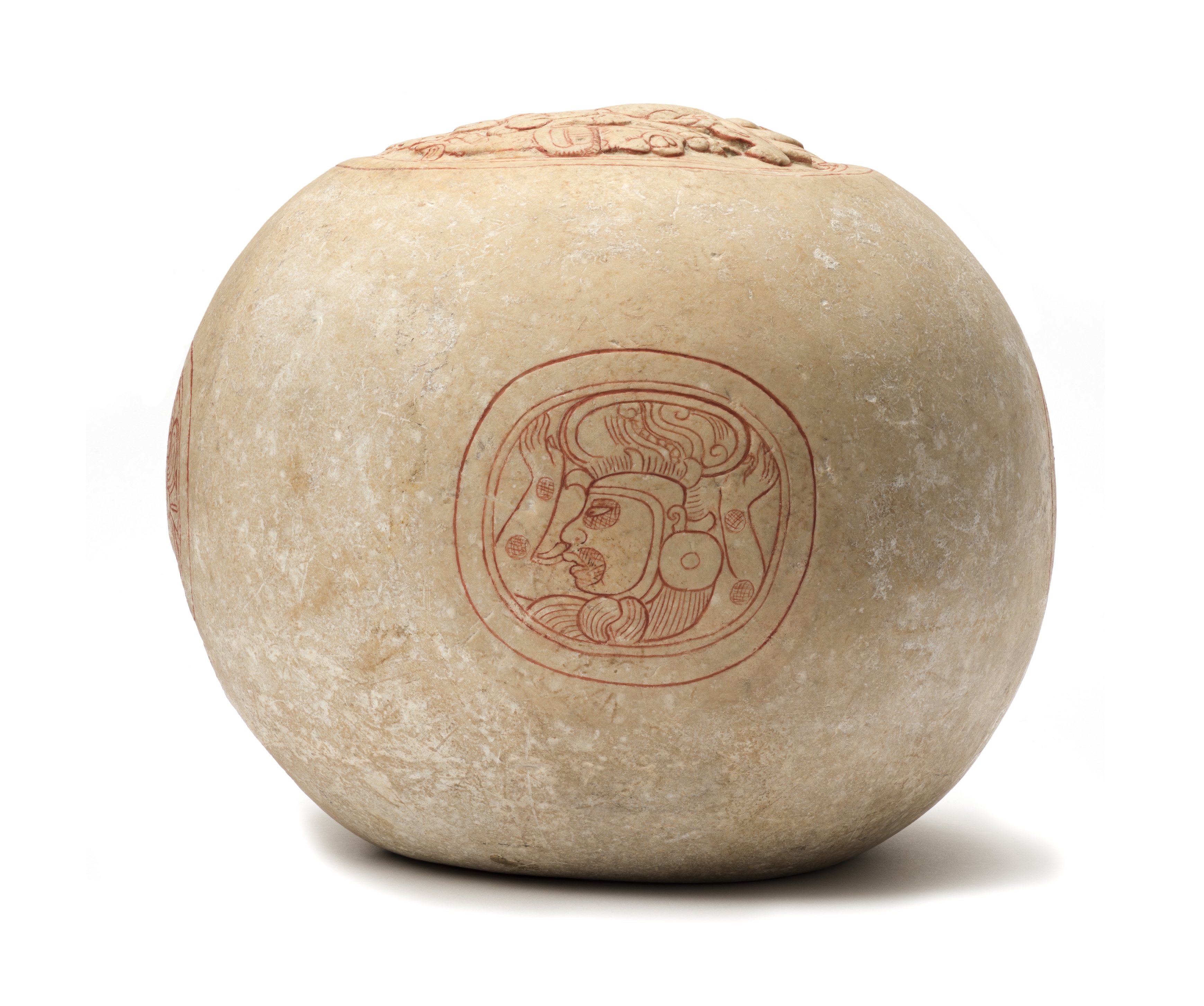 Supernatural forces pervaded Maya life, and influenced every aspect of it. The Maya used enemas for ritual purposes and at the exhibition, a figurine of a man performing an enema ritual is presented. It is hypothesized that the Maya ingested or injected intoxicants and hallucinogens for ritual purification and getting close to deities. 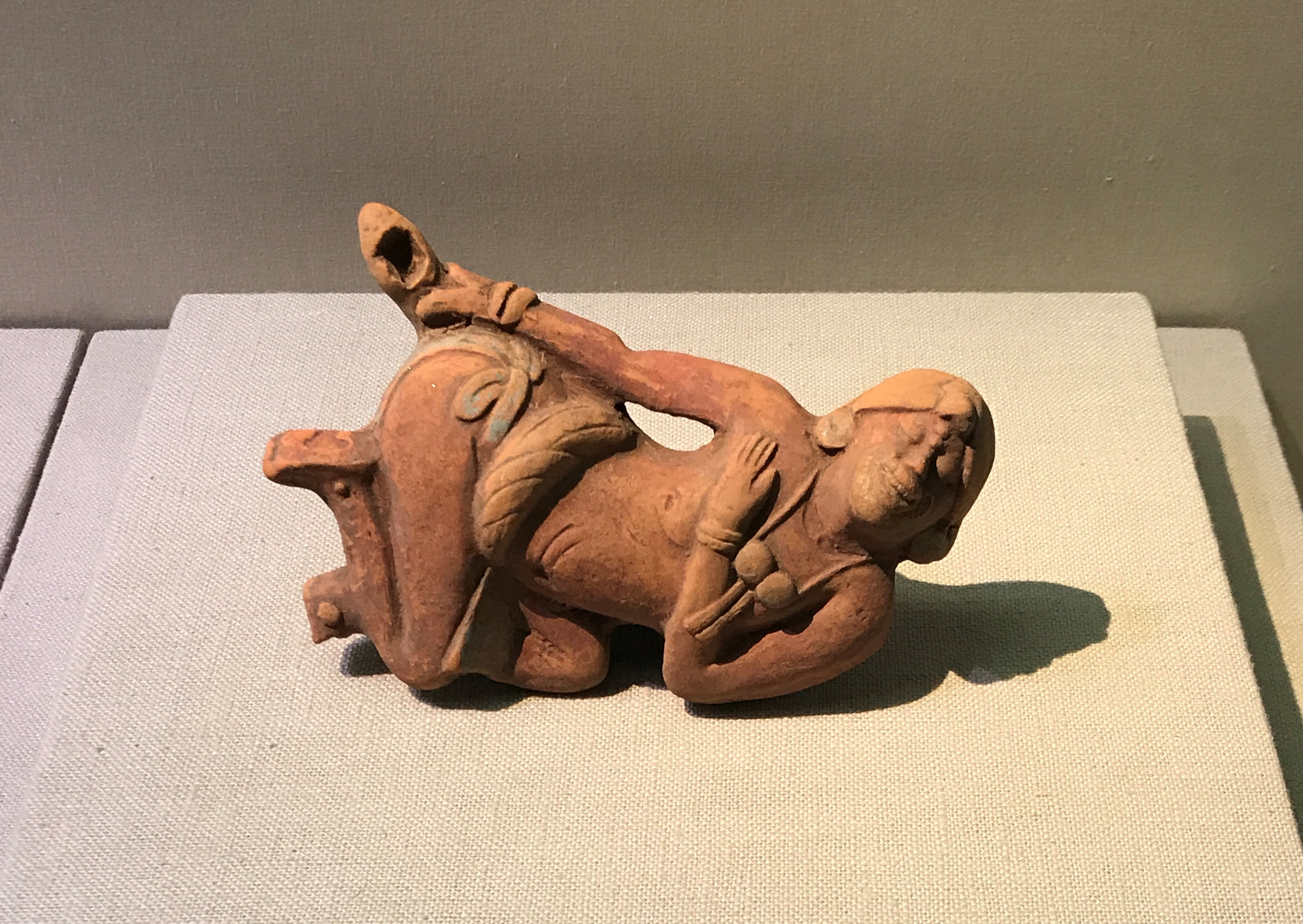 Some captivating objects add a whimsical flavor for the exhibition. Some vessels, bowls and plates depict monkey, jaguar or serpent images or decorations. According to "Popol Vuh," a cultural narrative that recounts the mythology and history of the Maya, the ancient people believed that animals were also deities which would represent different realms of the natural world and connect different cosmos. 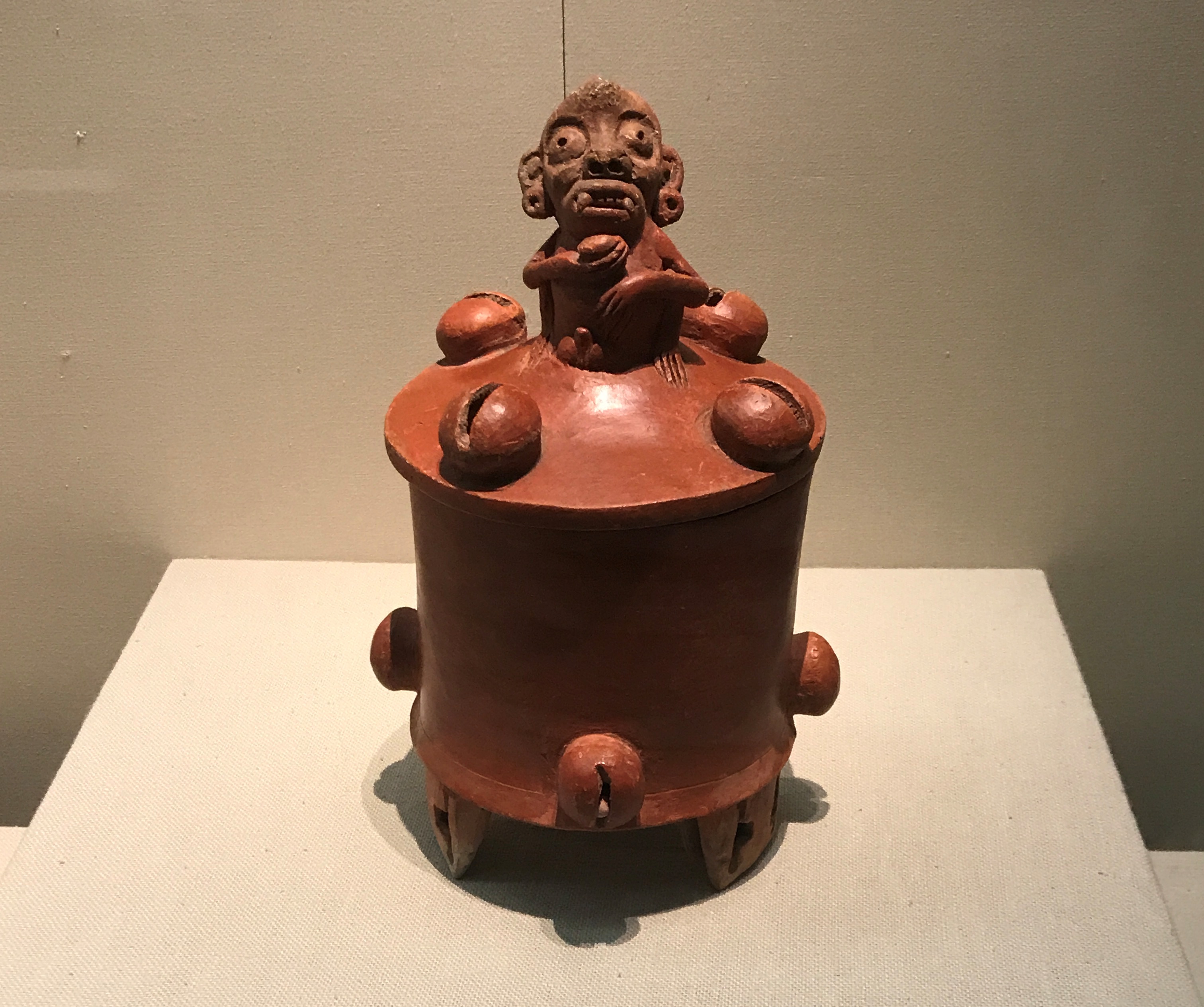 The exhibition also showcases the creative Maya writing system, one of the outstanding achievements of the ancient inhabitants. "Forces of Nature" will be presented at Jinsha Site Museum in Chengdu and Hubei Provincial Museum in Wuhan after the Shenzhen exhibition ends. 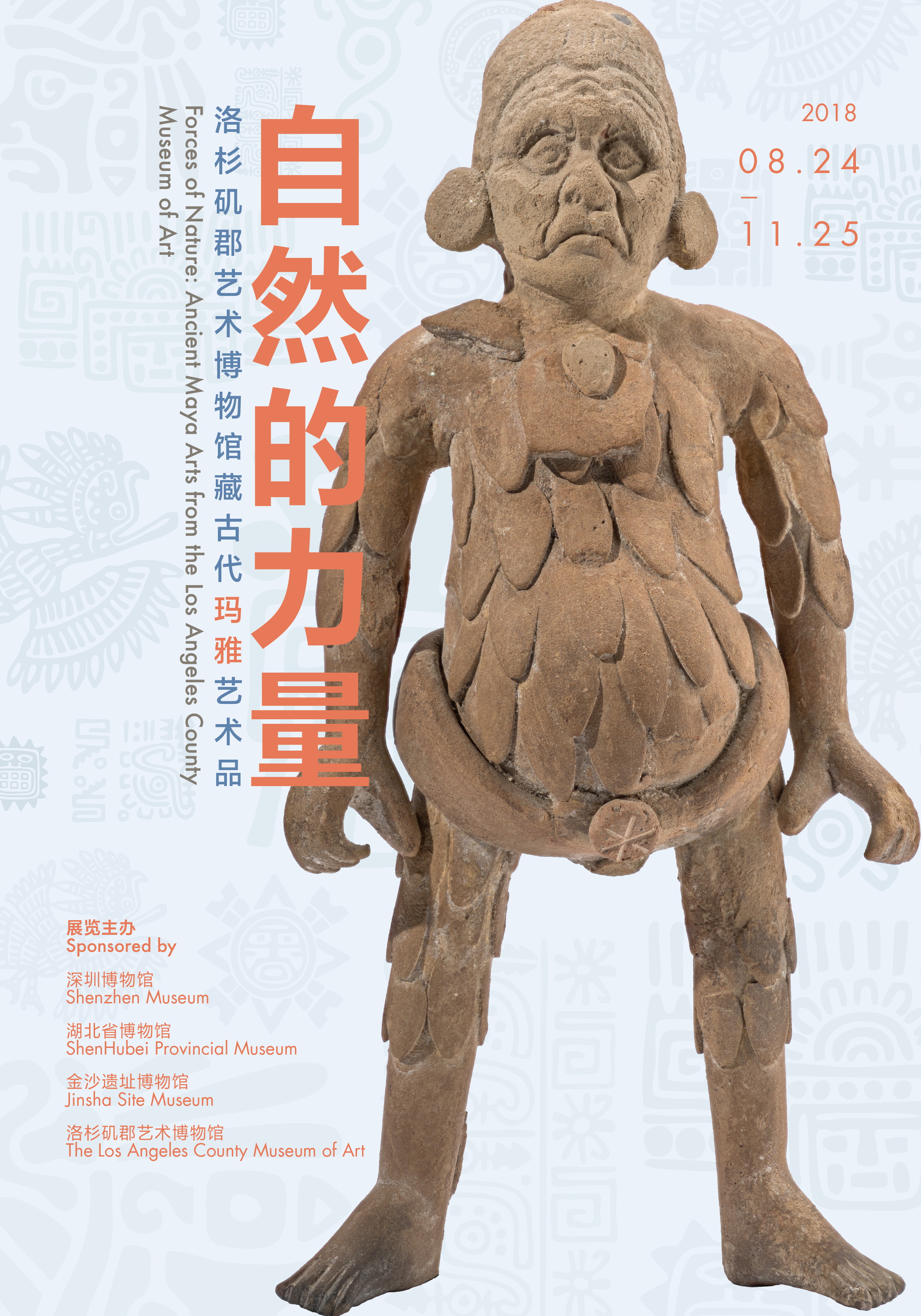