Noriko Mizuta, a scholar of comparative literature and poet with a PhD in American studies from Yale University, presented her poems to the audience last Thursday afternoon at Shenzhen Book City CBD Store during the first session of this year’s The First Reader. 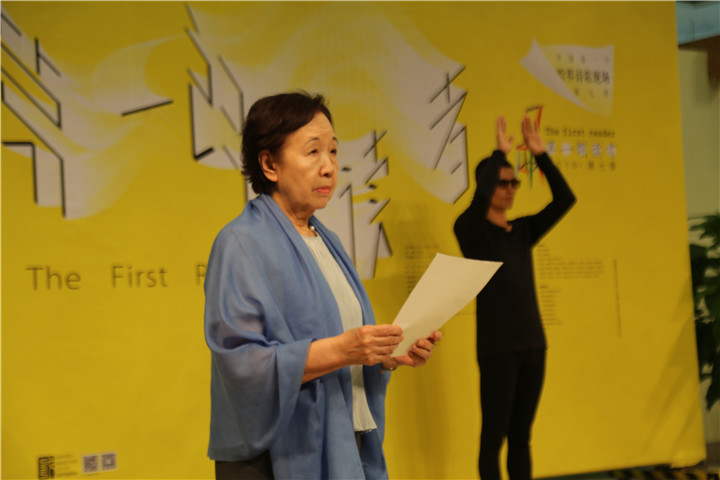 Mizuta read several poems, including “If You Happen Into a Deep Sleep,” “Poem in Blue,” “Poetry Will Wait for Me,” “On the Fossil Museum,” “The Gardener — Garden 1” and “Hydrangeas — Garden 6.”

“One of the topics Mizuta focuses on is time. She expressed that time never becomes the past. Her first poem in the pamphlet, ‘If You Happen Into a Deep Sleep,’ says that time never seems to become the past. The things that have happened in the past will show up in our mind from time to time,” commented Xi Du, a Chinese poet and poetry critic.

Mizuta said Shenzhen is a very modern and dynamic city. She pays attention to the development of China’s poetry and culture and thinks that Chinese culture is becoming more and more influential in the world.

Chinese poet Chen Xianfa was also at the session. His poem, “Solemn Chimes Entering My Chamber,” was used as the theme of the first session this year.

Born in 1967, Chen graduated from Fudan University in Shanghai in 1989. He has published several books of poetry and prose, including “Death in Springtime,” “A Past Life,” and the novel “Soul-Stealing Opera.” He’s received over a dozen domestic poetry prizes, including the October Poetry Prize, the 2008 Poet of the Year Award and Fudan University’s Award for Literary Achievement. 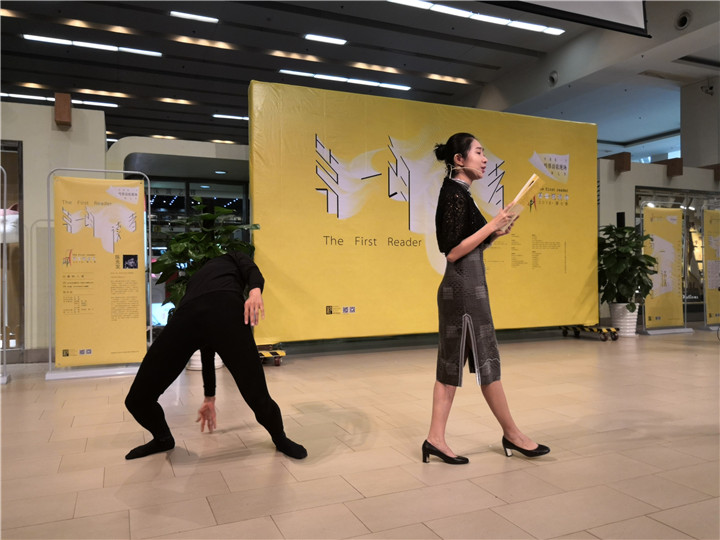 The First Reader poem theater is a cultural brand aimed at disseminating poetry and drama. It combines different elements including poetry, drama, music, the art of body language, dance and video.

“The First Reader event releases the inner power of the poem in an innovative way. It’s a very meaningful cultural innovation as well as a breakthrough for the communication of contemporary poetry,” said Chen.