SZ in the eyes of a migrant-worker poet

Known as a “migrant-worker poet,” Xie Xiangnan came to Shenzhen in 1993 as a laborer, which inspired him to start a parallel journey as a poet as well. 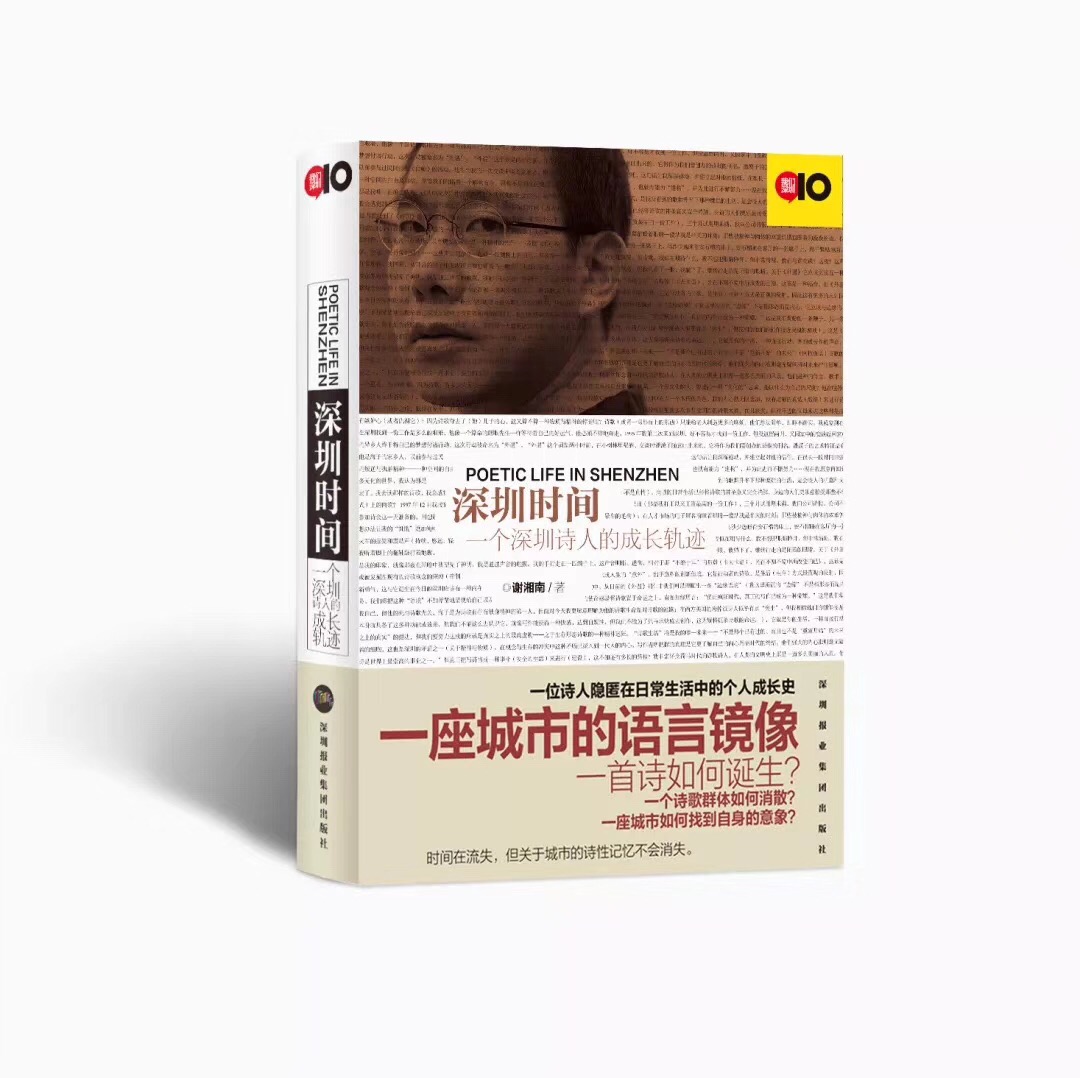 From 1993 to 2003, he worked in over 10 different posts in construction, a toy factory, a metal plating plant, a paper mill, an electronics factory, as a security guard in a library, and an HR assistant and salesman for feminine products. In October 2003 he started working in media and continues to do so till now.

From a construction worker to a reporter, Xie has laid foot on both grueling construction sites scattered with sand and bricks as well as in clean, modern office spaces equipped with air conditioners. Whatever his working environment, he always perceived his surrounding in a poetic way. Through his eyes, even the time card machine is something unique.

For most people, Shenzhen is a manmade city of concrete and steel and a far cry from poetic. However, Xie uses his experiences to show others the poetic side of the city. “Poetic Life in Shenzhen” is a collection of Xie’s poems that illustrates the background Shenzhen and his feelings as he was writing the poems.

The book is closely related to the development and changes the city has gone through. “On the one hand, the book records my personal growth and the process of creating poems; on the other hand, it records some events related to poems in Shenzhen. Additionally, it records my feelings about the city,” said Xie.

“Now I am still very sensitive to the smell of cut metal. The images of electronics parts rolling in chemical agent, of the dark and humid factory, and of the sound of make-up machines come to my mind from time to time,” said Xie.

During the tough and torturous work experience of his early years, Xie, struck by loneliness, took refuge in writing poems.

Since working in media, Xie has a bettered and more profound understanding of the city and identifies himself as a Shenzhener in a more positive way. “In recent years, I have taken the city as my home city. The change of identification really influences my writing,” said Xie.

The first chapter of the book is named “Home of Migratory Birds,” which is an allegory of the poet himself when he first came to Shenzhen as a migrant worker. Carrying a backpack and hopping on a train to this city, he felt at a loss: How could he fit into this city? The feeling of wandering and drifting is hidden between the lines of his poems.

“I always think about the relation between an individual and the city. I think I am a poet nurtured by the environment of Shenzhen,” said Xie.