With the wider opening up and the growing influence of Chinese culture, the interaction and connection between Chinese literature and world literature are increasing, and more and more Chinese works have entered the world stage. Contemporary Chinese poetry is also moving towards the world in its own way.

In recent years, some influential Chinese poets have published their poems in other languages, one of whom is great Guangdong poet Yang Ke. 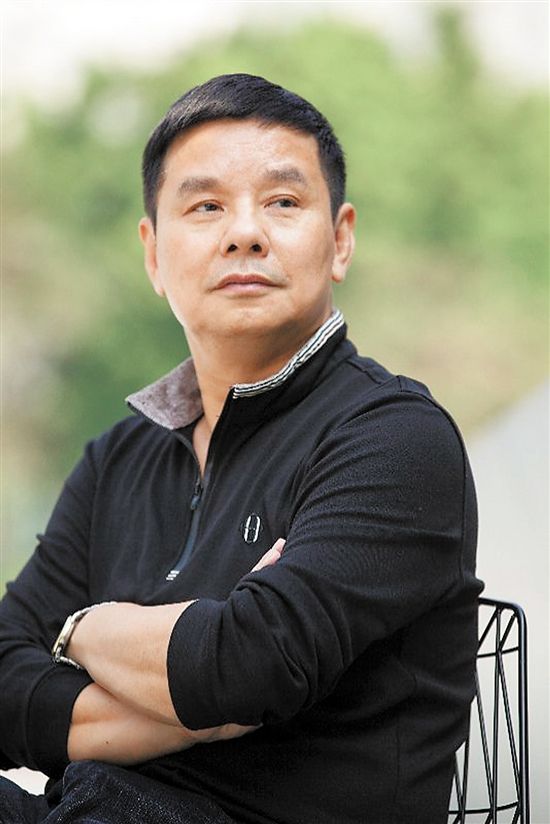 Yang, originally from Guangxi, served as vice chairman of Guangdong Writers’ Association and vice chairman of the judging panel of poetry for the Lu Xun Literature Award, the highest honor in Chinese literature. An important voice in the “Third Generation” of contemporary Chinese poets — younger poets whose works emerged in the late 1980s — Yang has influenced Chinese literary culture for more than three decades, and his works have been translated into English, Japanese, Spanish, Korean, Mongolian and Romanian.

The English translation of Yang’s poems, “Two Halves of the World Apple,” has been praised by the British and American poetry circles, and was welcomed by ordinary readers. The book was published in 2017 by the University of Oklahoma Press. Thoughtfully annotated by leading translator Denis Mair, this English-language collection introduces to readers a prolific and accessible writer at the fore of Chinese poetry today.

In Yang’s lyrical and idiomatic style, the 73 poems in this volume showcase the depth, breadth, and evolution of the poet’s work. The poems, praised by literary critics for their use of clear, distinctive language and linguistic texture, pair arresting imagery with social concern. By moving across the landscape of classical and modern Chinese poetry, they engage with the natural, social, and moral complexities of the everyday modern world.

Yang’s global perspective gives his poetry a special sense of modernity. In a sense, his writing represents material philosophy and new idealism. Among them, an ecological world outlook facing the animal and plant kingdoms and a social ecological outlook with peace as its theme are the prominent features of his new idealism. This is his poetic presentation of the contemporary urban life, which is also a spiritual portrait of modern people.

Yang’s poetry also has a distinct sense of the present and reality. He combines individual experience with the grand scene of the times and public experience to form a unique style. The valuable thing about Yang is that he always keeps a positive attitude toward being present and intervening in the development of literature. A good poet should keep sensitive and curious about the world.

There is a distinction between “intellectual poets” and “folk poets” in the circle of Chinese poetry. There is a deep intellectualist complex in Yang’s body of works. His sympathy for China’s countryside and the grassroots gives his poems a deep and internal connection with the vast rural area of China, especially the land and people in South China. Yang wrote he saw the motherland in a pomegranate: the plateau was beautiful, her sister in a pomegranate skirt was standing gracefully, the lips of the pomegranate flowers were red and dripping; and from the crack of the pomegranate, he found the tortuous land, the gully of the suffering brother’s palm was a silent cry. These imaginative images express the folk feelings in his heart.

As Yang himself said: “I write about the world’s poetry, the modernity into the real concern, the individual life into the context of the times, showing the elements of a specific living space, while firmly believing in writing for mankind.”

Yang now serves as the director of the International Cultural Exchange Promotion Center of Guangdong, Hong Kong and Macao. The center will hold the first Guangzhou International Literature Week in December this year. He hopes that this literary week will be of high quality and become an international cultural exchange activity with famous foreign writers and poets.

Most recently, Yang was also awarded the Cambridge Xu Zhimo Poetry Award by the mayor of Cambridge in August, in a poetry festival that also celebrates the opening of Xu Zhimo Garden at the King’s College of Cambridge. The theme of this poetry festival is “poetry and flying birds.” In ancient Chinese legend, the blue bird is a messenger of happiness, and in the context of today’s international cultural exchanges, the blue bird flying between the “two halves of the earth” is poetry.