“The Road To Shenzhen,” an original English novel penned by local writer Huang Guosheng, has been nominated for this year’s International Dublin Literary Award, becoming the only work by a Chinese writer in the competition this year. 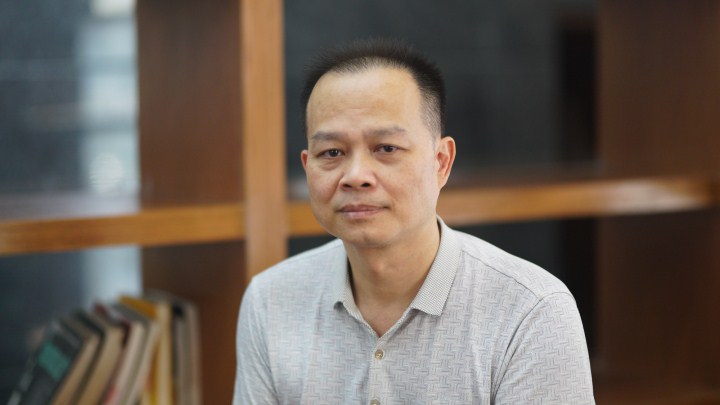 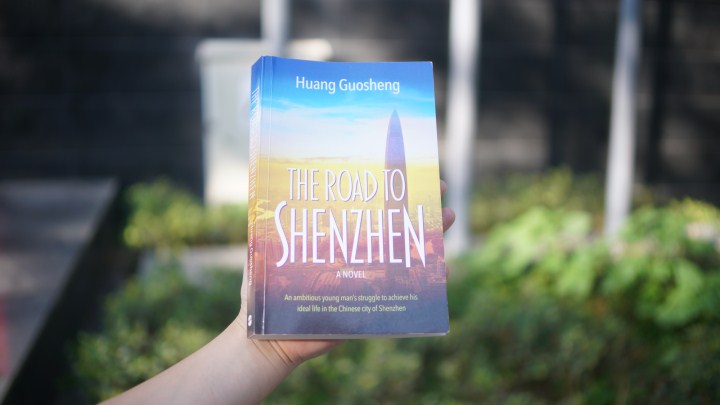 Huang Guosheng and his English-language novel “The Road to Shenzhen.” Photos by Liu Xudong

The International Dublin Literary Award is presented each year for a novel written in English or translated into English. It seeks nominations from over 400 public libraries in 177 countries worldwide.

Discussing his nomination, Huang said he was very surprised to hear the news. “It was totally unexpected. I wanted to take part in this award, but the author and the publisher are not allowed to recommend the book to the panel. It must be recommended by global public libraries,” Huang told Shenzhen Daily.

Huang received an e-mail from the National Library of Malaysia on Aug. 14, informing him that his nomination had been accepted by the panel of judges and would be officially made public Nov. 19.

“I was very excited to hear the news. I later found out that the National Library of Malaysia had submitted three nominations to the panel. Two were from Malaysia and the other one was my book,” Huang said.

The nomination not only made Huang feel proud as a Chinese person, but also gave him tremendous confidence in his subsequent literary creations.

“I was extremely thrilled when I visited the literary award’s website and saw that the national flag was placed alongside my novel and my name on the page. It is the first time in history that the five-starred red flag has appeared on the award’s official website,” said Huang.

Regarding his competition for a slot on the shortlist, and even to win the final, Huang said he was very honored to join the other big names that were nominated and he would let nature take its course.

In retrospect, Huang said his English writing has come a long way and he owes a debt of gratitude to the Shenzhen Daily. “I began writing in English around 2013, and before that I spent a lot of time reading English newspapers and novels. I can say without exaggeration that, at that time, I read the Shenzhen Daily every day and would not miss a page,” he said.

Huang said he treasured the experiences of having poems and stories published and serialized in the Shenzhen Daily and winning a writing competition held by the Daily in 2000. “It gave me courage to write in English, otherwise I really wouldn’t have dared to start writing the novel,” he said.

“The Road to Shenzhen” depicts the story of a young man from western Guangdong Province who moves to the city to advance his career. The English novel was published in the United Kingdom and the United States in October 2017.