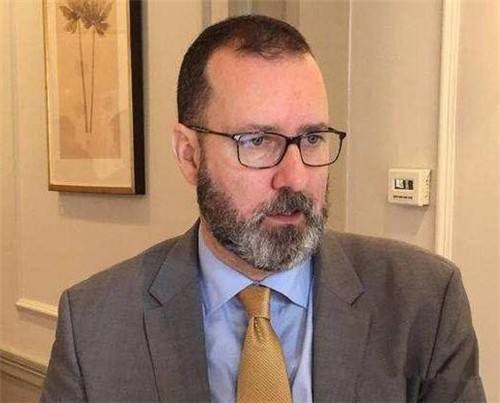 Shenzhen has an important role to play in China’s development of Internet of Things (IoT) technologies, which will accelerate with the arrival of 5G technologies.

In a written response to the interview, Kevin Ashton, a British technology pioneer who co-founded the Auto-ID Center at MIT that created the global standard system for RFID, said China is now the leader in IoT and he is confident in China’s future with the applications of new technologies.

Prior to the written interview, Ashton said in a speech at the opening of the Conference on International Exchange of Professionals on Sunday that China has been in the leading position on many technologies, such as lunar probing, IoT and 5G.

Ashton is the consumer sensor technology expert who coined the phrase Internet of Things to describe the network connecting physical objects embedded with electronics, software and sensors, and the Internet, which enables these objects to collect and exchange data.

“The 5G technologies will solve the online traffic limits and delays at network terminals by offering high speed and high traffic. This will accelerate IoT integration into people’s life,” said Ashton.

Ashton thinks autonomous driving is a typical example of an IoT loop system. It collects and processes data about the road using sensors, updates and shares between IoT-connected cars, and uploads wirelessly to a cloud system for analysis to improve the automation.

“More and more such IoT applications will be seen in the coming couple of years,” said Ashton.

Ashton cooperates with a number of Chinese companies.

“I love China and spend a lot of time here. The root of the current conflict with the U.S. is China’s rapid ascendance as a high-tech economic power, and I assume the U.S. Government will eventually adjust to China’s place in the modern world. There is room for many powerful high-tech nations,” said Ashton.