‘Dream of the Red Chamber’ Shanghai Shaoxing Opera House’s “Dream of the Red Chamber” is based on the classic 18th-century Chinese novel of the same name. The novel centers on the carefree adolescent male heir of the powerful Jia family, Jia Baoyu. He has a special bond with his sickly cousin Lin Daiyu. However, he is predestined to marry Xue Baochai, a girl from another powerful family. The romantic rivalry and friendship between the three characters takes place against the backdrop of the families’ declining fortunes that form the main story in the novel. 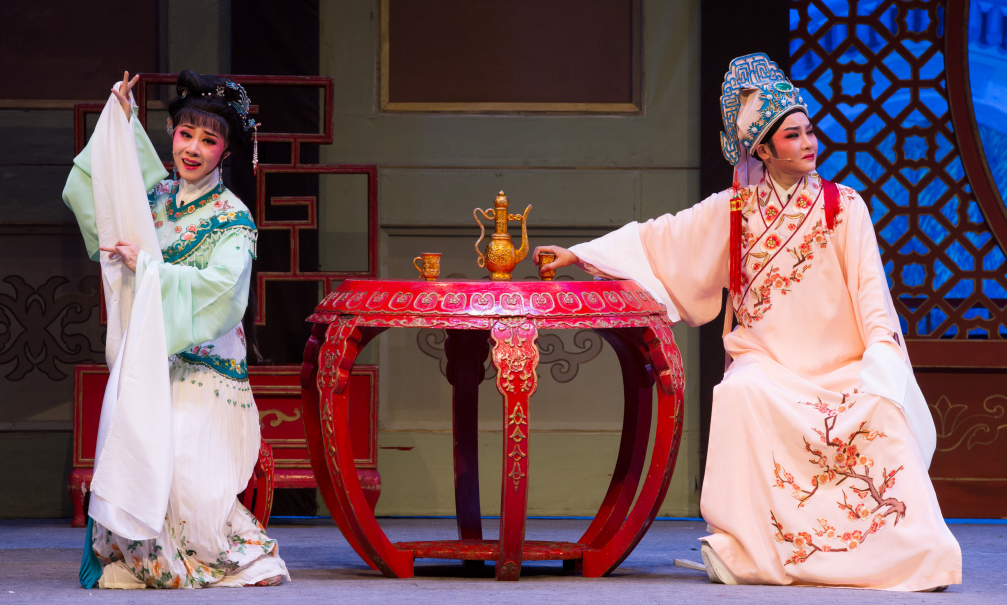 Shanghai Shaoxing Opera House’s “The Butterfly Lovers” is based on a Chinese legend of a tragic love story of a pair of lovers, Liang Shanbo and Zhu Yingtai. The legend is set in the Eastern Jin Dynasty (317-420). Zhu is the daughter of a wealthy family in Zhejiang. Although women are traditionally discouraged from taking up scholarly pursuits, Zhu manages to convince her father to allow her to attend classes disguised as a man. During her journey to Hangzhou, she meets Liang, a scholar. They feel a strong affinity for each other and Zhu gradually falls in love with Liang. 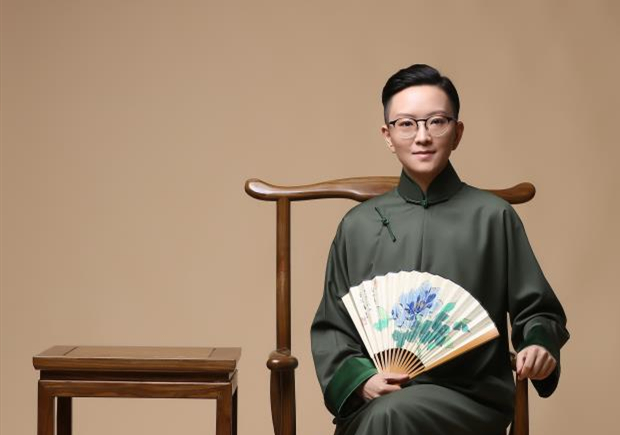 Beijing opera star Wang Peiyu will perform several Beijing opera routines without makeup and costumes. The old Beijing opera — which combines music, dance and vocal performances — traditionally has a more loyal fan-base among seniors than the younger generations. But Wang, a renowned female performer who specialized in playing old male roles on stage, is changing the situation. Utilizing the Internet and social media, she is attracting more and more young people to the traditional art. This will not be the conventional Beijing opera performance you would expect to see in a theater but a salon-like concert, with performances and explanations of Beijing opera.

In the Ming Dynasty (1368-1644), rich man Yu Ren forces his daughter Suqiu to cancel an engagement to poor man Zhang Shaolian so that Suqiu can join the imperial concubines. Suqiu takes out a pair of jade bracelets and asks the maid Luanying to send one of them to Zhang as a token of marriage, although Suqiu has never met Zhang before. Luanying mistakenly gives the bracelet to Zhang’s friend Han Chen who later sneaks into Suqiu’s home and pretends to be Zhang. On that night, thief Jiang Hai also secretly enters the house, taking away the other bracelet. When Jiang is chased by servants, he leaves his belongings in front of Zhang’s home and then Zhang is wronged and put into prison. When Suqiu realizes that she has been cheated by Han, she commits suicide. Jiang later knows that Han has the other bracelet, so he tries to steal it, but is caught by officials. When reviewing the cases, supervisor Chen Zhi uncovers some doubtful points, summons Han and finally sets Zhang free. The Beijing opera show is presented by Shijiazhuang Beijing Opera Troupe.

Presented by Shijiazhuang Beijing Opera Troupe, “Silang Visits His Mother” is about Yang Yanhui (Silang), the fourth son of the Yang family, a powerful family in the Northern Song Dynasty (960-1127). Since he is captured by the Liao regime in a lost battle, he changes his name to disguise his identity. The empress of Liao likes him very much and orders him to marry a Liao princess. Fifteen years later, troops led by the Yang family go north to attack the Liao again, and Yang learns that his mother is also coming to the frontier. 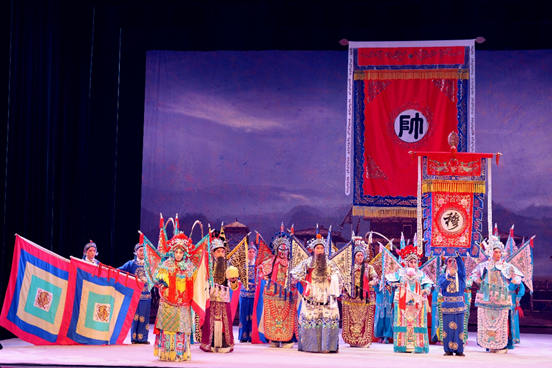 When the lord of West Xia starts a rebellion against the Northern Song Dynasty (960-1127), the 50-year-old female general Mu Guiying takes command of the troops. A great warrior, Mu puts aside personal hurt despite her family having been treated treacherously and returns to the battlefield with her husband, son and daughter. This Beijing opera show is also presented by Shijiazhuang Beijing Opera Troupe.

County magistrate Su Yun and his wife Zheng are on their way to Lanxi County and are caught by bandit Xu Neng, who drowns Su into a river. Xu’s brother secretly sets Zheng free, and she later gives birth to a boy. Zheng covers the boy with a white silk shirt, hides herself in a temple and then becomes a nun. Xu adopts the boy and names it Xu Jizu, without knowing that Su has been saved and later become a teacher in a village. When Jizu grows up and is promoted to be a supervisor, both Zheng and Su come to appeal that Xu had attempted to kill them, leaving Jizu in a dilemma. The show is presented by Suzhou Kunqu Opera House.

Presented by Suzhou Kunqu Opera House, “Hongniang” is adapted from “Romance of the Western Chamber,” one of the most famous Chinese drama works written by the Yuan Dynasty playwright Wang Shifu (1260-1336). Set during the Tang Dynasty (618-907), it is the story of a young couple, Zhang Sheng and Cui Yingying, consummating their love without parental approval. Fortunately, Cui’s maid, Hongniang, takes pity on them, and ingeniously arranges to bring them together in a secret union.