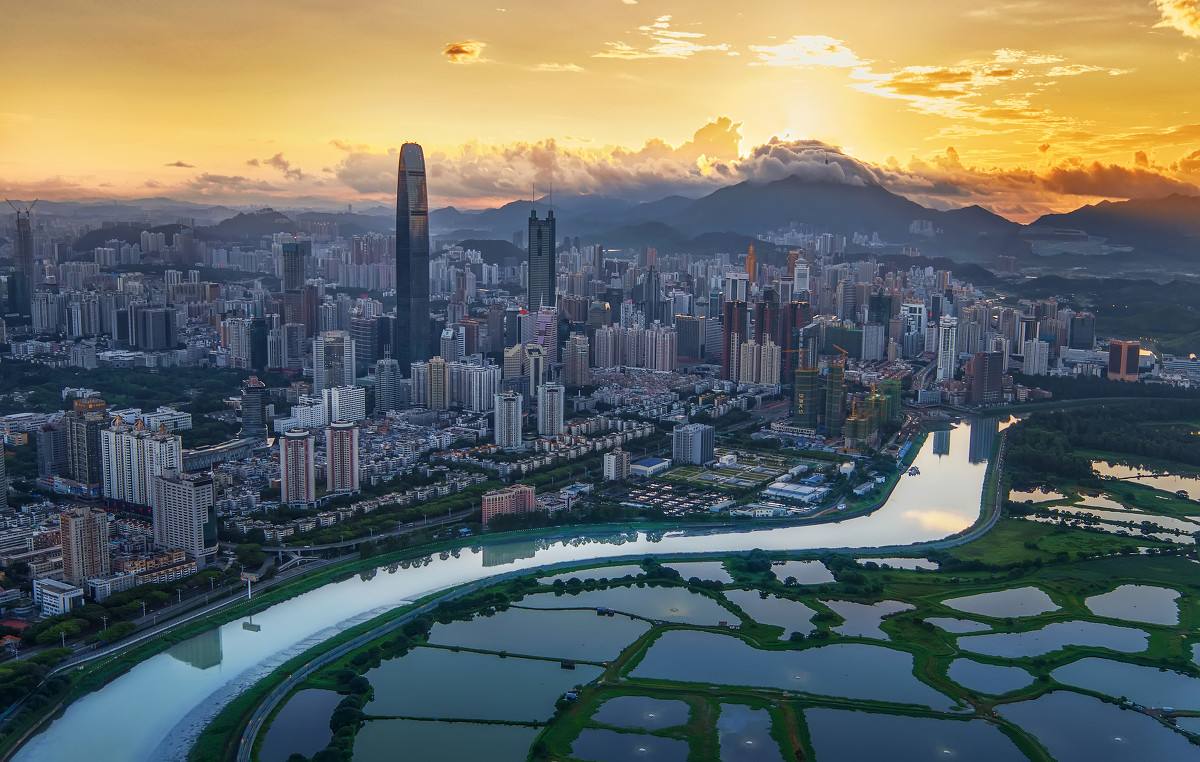 A bird’s-eye view of Shenzhen River.

The city will eliminate the remaining 13 blackened and stinky river sections before the end of the year and ensure the water quality of most rivers reaches level V, which is suitable for agricultural irrigation and sightseeing, in 2020.

By 2025, the quality of Shenzhen’s rivers will reach level IV, suitable for industrial use and leisure, Zhang Liwei, head of the Shenzhen water affairs bureau, told lawmakers at a meeting of the city legislature Wednesday.

At the meeting, seven members of the Standing Committee of the Shenzhen Municipal People’s Congress questioned 10 government agencies on water treatment and sewage pipeline construction.

“Through a joint effort with Dongguan and Huizhou, we are confident in our ability to ensure the quality of the two rivers reaches the target,” Zhang said.

Shenzhen, which has a total of 310 rivers running 1,000 kilometers, started treatment on 159 filthy and stinky rivers in 2015. Between 2016 and 2018, the city built 5,897 kilometers of sewage pipelines, two years ahead of the target of the 13th Five-Year Plan, and 146 such rivers were treated, accounting for up to 91 percent of the total water in the city.

In an assessment report by the State Council this July, Shenzhen ranks No. 10 in China and No. 2 in Guangdong for river quality improvement.

Of the 13 polluted rivers, major projects on 10 rivers have been completed.

Statistics from the city’s finance bureau showed that the city invested 70.1 billion yuan (US$10 billion) between 2016 and 2018, which was four times the investment during the 12th Five-Year Plan (2011-2015). This year the city has budgeted 50 billion yuan for water treatment. To establish a long-term mechanism, the city has promoted a four-level river chief system by designating government officials at different levels to be responsible for the management of rivers. Environmentalists, scholars and volunteers were invited to give suggestions and provide services for river environment protection.