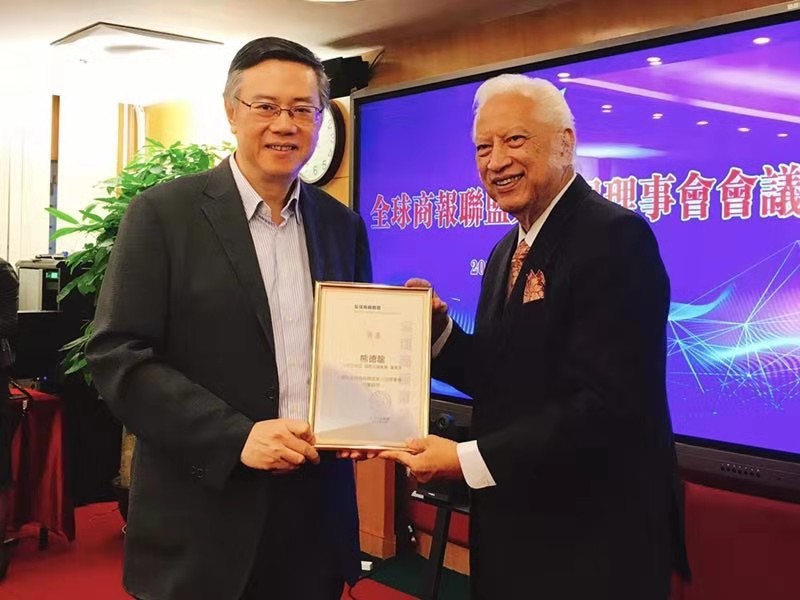 The summit was hosted by Global Commercial Newspapers Union and organized by Hong Kong Commercial Daily.

In the opening speech, Chen Yin, chairman of Global Commercial Newspapers Union and president of Hong Kong Commercial Daily, said member newspapers and magazines of the union should develop deeper cooperation to cover the development of the GBA, showcase great achievements that have been made in China’s reform and opening up and provide objective and valuable information to overseas Chinese and foreign readers through various media channels.The forum focuses on the tourism economy of the GBA, which the participants think plays an irreplaceable role in expanding domestic demand and promoting development and cultural exchanges. With the support of the State, the GBA will further improve its cultural soft strength, connect with world leading tourism cities and promote exchanges between Eastern and Western cultures, Chen said. The GBA will strive to become a world tourism destination through cross-region tourism within the GBA.

At the forum, Wu Zhicai, a professor with the School of Economics and Commerce of South China University of Technology, said Guangdong’s tourism has experienced four stages of growth from single scenic spot tourism to cross-region tourism. The province ranked No. 1 in tourism revenue in 2018, earning 1.36 trillion yuan (US$191.7 billion).

“Hong Kong and Macao are world tourist destinations. Tourism in the GBA has advantages in policy support, industry vitality, market-driven investment and public facility support. The inauguration of the Tourism Federation of Cities in the GBA in 2017 further facilitated the development of tourism,” said Wu.

Through cross-region tourism, the GBA will become a world tourism-friendly area with investment amounting to 10 trillion yuan in 10 tourism sectors, such as health and leisure, marine, urban, culture and creation, agricultural, and education and research tourism.

Dr. Barry Mak, associate professor with the School of Hotel & Tourism Management at the Hong Kong Polytechnic University, pointed out that cooperation holds the key for culture and tourism integration among GBA cities as they differ in systems, business modes and development speeds and are even rivals with conflicts of interest in some sectors.

During the three-day forum, representatives will visit enterprises in Shenzhen, an industrial town in Jiangmen, and cultural and historic relics and museums in Kaiping and Xinhui.

The Global Commercial Newspapers Union, established in 2007 in Hong Kong, now has 60 newspapers and magazines from 30 countries and regions as its members.