A scene in the musical. File photo

The musical will focus on Rachmaninoff’s friendship with his physician and musician friend Nikolai Dahl.

In 1897, Rachmaninoff had a nervous breakdown because of poor critical reviews of his “Symphony No. 1” and went into a creative block. By 1900, Rachmaninoff had become so self-critical that, despite numerous attempts, composing had become near impossible. His aunt then suggested professional help, having received successful treatment from a family friend named Dahl, to which Rachmaninoff agreed without resistance. Between January and April 1900, Rachmaninoff underwent hypnotherapy and psychotherapy sessions with Dahl on a daily basis, specifically structured to improve his sleep patterns, mood and appetite and reignite his desire to compose.

That summer, Rachmaninoff felt that “new musical ideas began to stir” and successfully resumed composition. His first fully completed work, “Piano Concerto No. 2,” was finished in April 1901; it is dedicated to Dahl. After the second and third movements premiered in December 1900 with Rachmaninoff as the soloist, the entire piece was first performed in 1901 and was enthusiastically received. The piece earned the composer a Glinka Award, the first of five awarded to him throughout his life.

The friendship between Dahl and Rachmaninoff was dramatized in the 2015 Off-Broadway musical “Preludes” by Dave Malloy at Lincoln Center Theater. 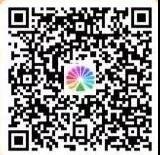