Conducted by Shenzhen Symphony Orchestra (SZSO) music director Lin Daye, the beloved local orchestra will present two concerts at Shenzhen Concert Hall on the night of  Dec. 31 to usher in the New Year.

This is the fourth consecutive year that SZSO presents two New Year’s Eve concerts (starting at 7:30 p.m. and 10:30 p.m. respectively, with identical programs) on Dec. 31, as there has been a growing demand for concerts during the holiday season in Shenzhen.

The festive 120-minute program will open with an excerpt from Shenzhen Opera and Dance Theater’s original show “Dream Seekers,” which premiered in town in November to rave critical reviews.

Violinist Yang Tianwa was winner of the prestigious Echo Classic Instrumentalist of the Year (Violin) 2015 Award for her Naxos recording of Ysaye’s “Six Sonatas for Solo Violin.” Performing on a 1730 Guarneri del Gesu violin on loan from the Rin Collection in Singapore, she will present a passionate and demanding piece: Sarasate’s “Carmen Fantasy.”

Suona player Liu is one of the best-known Chinese instrument players in the world, having performed at New Year concerts in Sydney and Washington, D.C., among others. Liu will perform Chinese favorite “100 Birds Flying towards the Phoenix” by Guan Xia.

Amsellem has appeared in leading soprano roles in both North America and Europe since her debut in 1995. She will sing “The Song of the Earth” from Chinese composer Zhang Qianyi’s recent work “My Motherland.”

Encompassing both Chinese and Western, classical and contemporary pieces, the concerts have something for everyone. 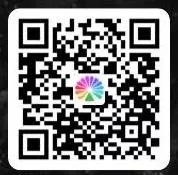 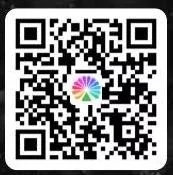