Shenzhen had no newly confirmed novel coronavirus pneumonia (NCP) case on Feb. 18, and the total number of confirmed cases in the city remains at 416, according to the latest figures released by the Health Commission of Shenzhen Municipality today. 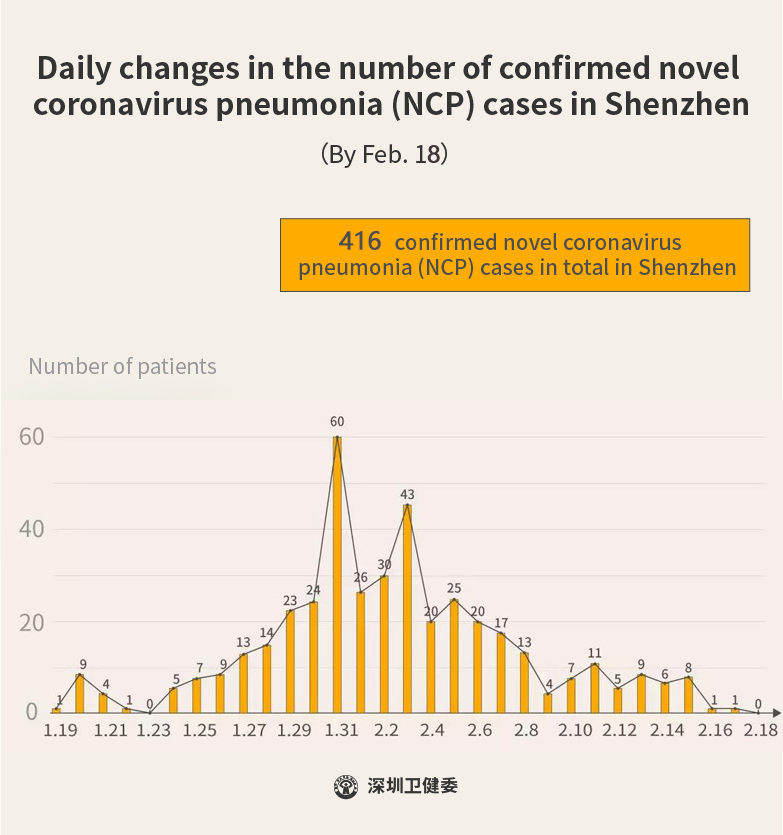 Currently, 9 patients are in critical condition, 15 in severe condition and 163 have been discharged from hospital. 2 deaths have been reported so far. All 251 patients are being treated at Shenzhen No. 3 People's Hospital. 307 people in close contact with the patients are under medical observation.