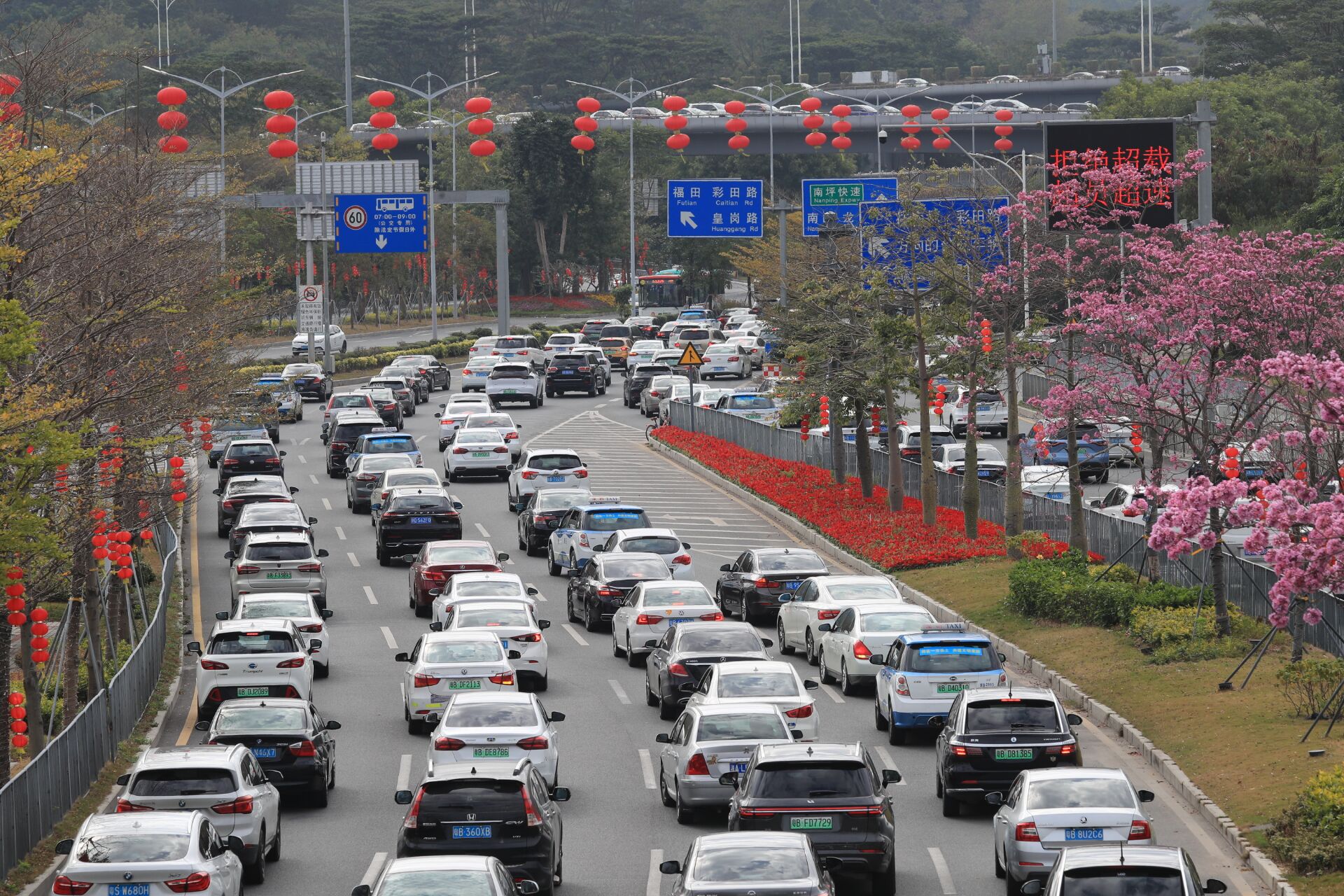 A surge of vehicles is seen near Meilin Checkpoint yesterday. The city’s roads were restored to 70-80 percent of normal traffic flow yesterday as many workplaces resumed operation and production. Sun Yuchen

Metro riders must wear masks for the entirety of their trips, undergo temperature checks, and scan bar codes when entering stations and carriages to confirm their identities, according to guidelines issued yesterday by Shenzhen Metro Group for riders during the outbreak prevention and control period.

Those who can’t register their ID through the bar codes can ask Metro employees for assistance.

As ridership has gradually increased since work resumption started yesterday, the Metro operator advises riders to avoid crowding by staggering commuting hours and keeping a distance from one another, if possible, to reduce infection risks.

The Metro operator reminded riders to keep the trip records generated on the Metro mini program and contact Metro employees or call 8896-0600 if they feel unwell, have a fever or any other suspected COVID-19 symptoms.

The city’s roads were restored to 70-80 percent of normal traffic flow yesterday as many workplaces resumed operation and production.

In the morning and evening rush hours, some road sections and tollgates on Nigang Road, Yanhe Road, 107 National Highway, Fulong Road, Nanping Expressway and Longgang Boulevard saw a surge of vehicles and queuing in lanes.

Now vehicles with driving records showing they have remained in Shenzhen since Jan. 25 and have registered vehicle and driver information in the police data system can obtain the green bar codes, with which they can quickly pass through inspection points. The lifted measures will benefit more than 1 million vehicles.

Due to the good traffic conditions of the past week, police also saw a rise in traffic violations, especially speeding, which increased 4.5 times compared with pre-outbreak daily averages. Due to the epidemic outbreak, private cars have become the first transport choice for families, followed by shared bikes, police statistics showed.

In contrast, driving violations made up 77 percent of the total average of 1,468 violations daily, 25 percent higher than pre-outbreak days. Running red lights was another violation that increased. Speeding violations averaged 838 a day. Beihuan Road, Nanping Expressway and Fulong Road saw the most speeding violations.