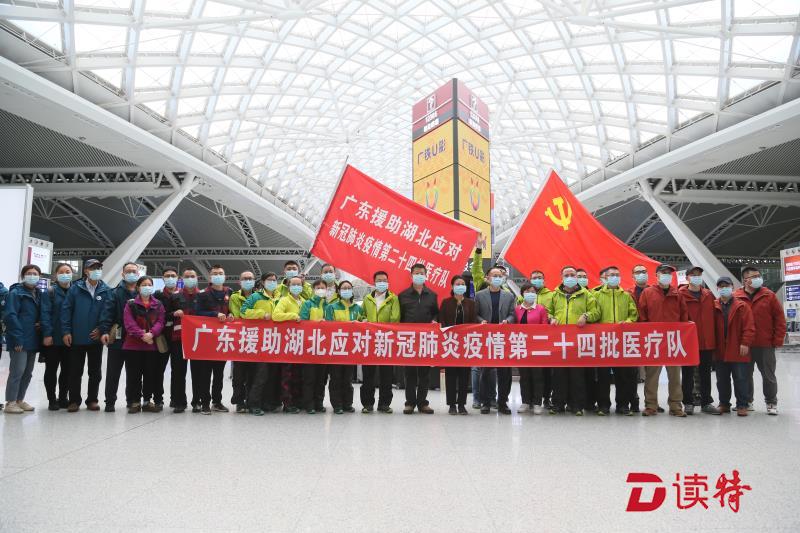 Psychological specialists from Shenzhen and other regions in Guangdong Provices are dispatched to Wuhan yesterday. D News

Shenzhen dispatched its first medical team comprised of psychological specialists to Wuhan, capital city of Hubei Province and the epicenter of the novel coronavirus outbreak, to provide psychological support to medics and patients affected by the virus yesterday.

It is the fifth medical team from Shenzhen to aid the coronavirus control efforts in Hubei and will join other mental health professionals from Guangdong Province before heading for Wuhan, according to the city’s health commission.

The five psychological experts all come from Shenzhen Kangning Hospital, including a chief physician, three deputy physicians-in-chief and an attending physician. The team is tasked with performing psychological interventions to address the psychological needs of patients and medical personnel.

Li Xuewu, chief physician of the hospital’s psychiatry department, is the leader of the team and has 18 years of work experience in psychological counseling.

Li said they received the notice sending them to Wuhan on Saturday afternoon. Apart from protective gear, they have also brought with them psychological computerized tomography (CT).

“Psychotherapy can quell patients’ negative emotions such as anxiety and panic. Research also shows that a positive attitude can improve one’s immune system,” Li was quoted as saying.

Xiong Haibing, a Hubei native on the team, said he had worked in the Wuhan Mental Health Center before.

As verbal communication is important in psychological interventions, Xiong said he was ready to teach some commonly used words and phrases in the Wuhan dialect to his teammates.

“On the one hand, it can bring my teammates and the patients closer, while on the other it is also convenient for communication,” said Xiong.

Feng Zheng, the only female psychologist in the team, also has ample clinical experience in the diagnosis and treatment of mental disorders, mood disorders, anxiety disorders and stress-related disorders.

Feng said that in order to be fully prepared for the coronavirus battle, she perused related findings of psychological interventions in the field summed up by the country’s professional psychological institutions.

Shenzhen has sent five batches of 77 medical workers to Hubei as of yesterday.