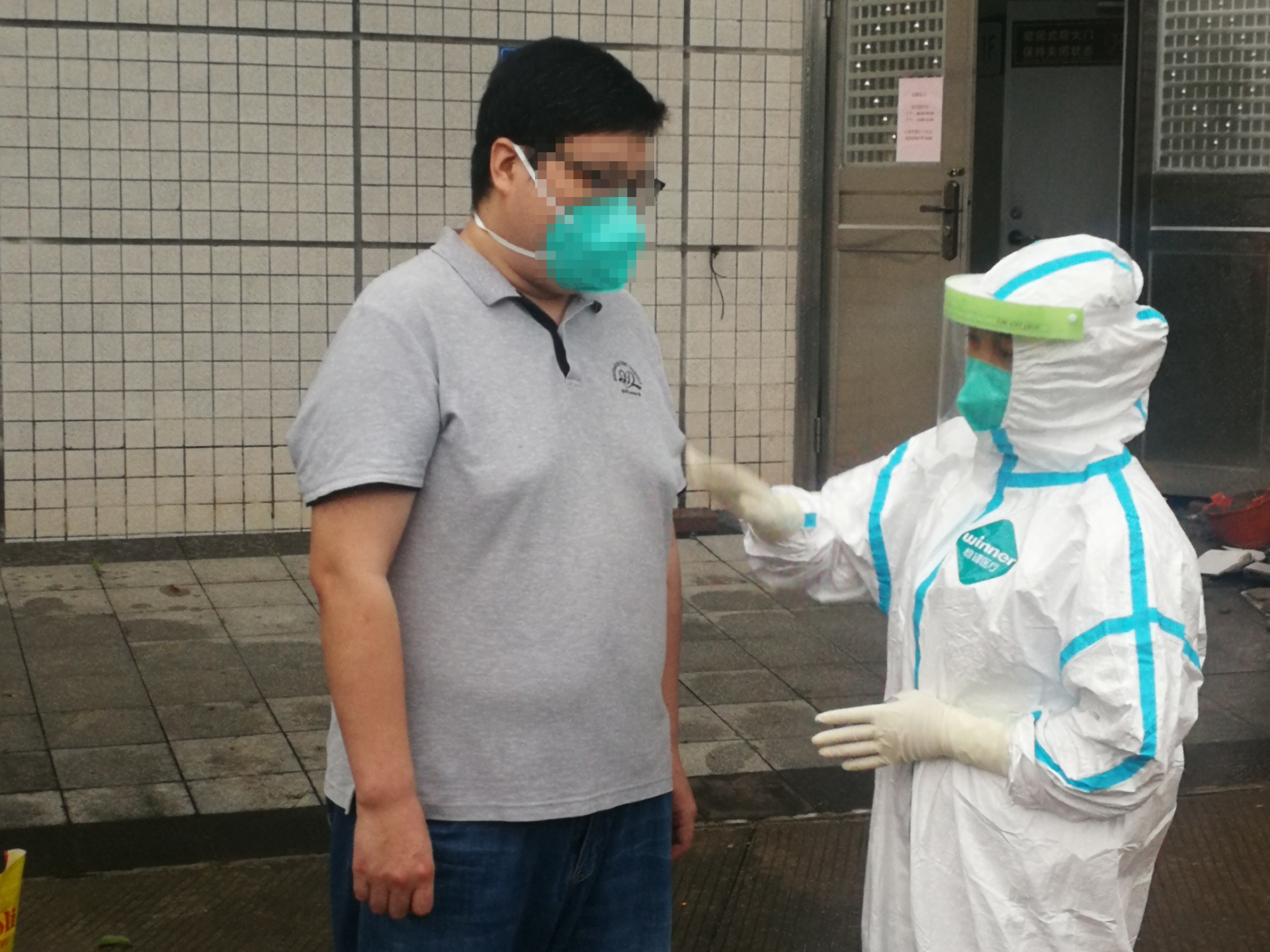 The last COVID-19 patient in the city was discharged from the hospital Thursday, clearing the city of all confirmed cases.

The 29-year-old patient, whose identity was withheld, was taken to Shenzhen No. 3 People’s Hospital on April 27 after a positive nucleic acid test.

The 110-kg patient sustained a high fever for three days before he was admitted. He had diabetes and a suspected history of hypertension.

“On the day the patient was admitted, the fever reached 40 degrees Celsius. His condition soon deteriorated and a ventilator was used May 4,” said Yuan Jing, director of the No. 2 Unit for Infectious Diseases of Shenzhen No. 3 People’s Hospital.

The hospital applied the experience and treatment methods that it had used through treatment of the previous 461 patients. It had tightened monitoring on days 5 to 8 and adopted early intervention to prevent the situation from getting worse.

On the first day that the patient entered into a severe condition, the hospital applied a special plasma antibody which is generally used in the recovery period of a patient, and adopted some comprehensive treatment methods that are proven to be effective, according to Yuan.

Shenzhen has so far reported 462 confirmed cases including imported cases from overseas.

A total of 459 patients were discharged and three died.

The city centralized treatment of confirmed patients at Shenzhen No. 3 People’s Hospital following the principle of centralizing medical resources and expertise for treatment. A total of 130 medical employees selected from other hospitals participated in the treatment.

Authorities also set up an expert team on the treatment of patients with severe symptoms.