How a carmaker became a maskmaker

BYD, China's new-energy vehicle giant turned coronavirus warrior, said it expects to export 1 billion protective masks by the end of May, as it has added production lines to meet a surge in global demand. 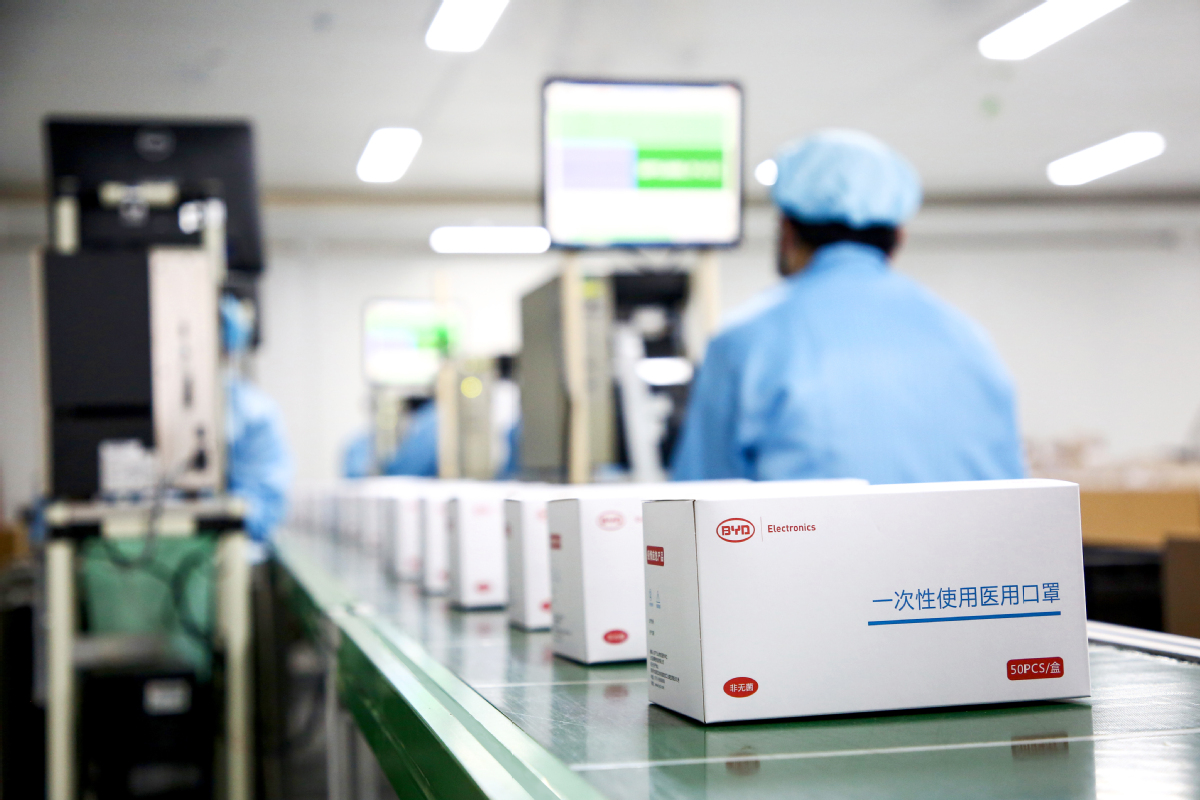 Li Wei, director of the president's office of the company in Shenzhen, Guangdong province, said BYD masks have been delivered to 50 countries and regions, including Japan, Russia, Hungary, New Zealand and many more. BYD employees have been working around the clock to raise production capacity.

From the end of February to May 10, BYD increased its daily mask production from 5 million to 50 million — tenfold growth in roughly two months — to become one of the world's biggest mask producers.

Responding to the emergency, BYD quickly changed track from cars to high-quality medical masks. According to the company, from February to April, the masks were mainly offered in the domestic market. Later on, as the overseas epidemic became severe, the company shifted its focus to export masks to those areas.

When it decided to produce masks in February, it finished the design plan in three days, got machines ready in seven days, produced the first batch of masks in 10 days, and raised the daily capacity to 5 million pieces in 24 days, the company said.

BYD was able to shift production in a short period of time, largely owning to the characteristics of its sites and facilities. Automobile assembly requires dust-free, anti-static workshops. The workshops are virtually ready-made for mask production after a few simple modifications, which is very effective, according to a recent report by Mingchehuitianxia, an automotive research institution.

Because automobile production itself requires an extremely high degree of sophistication and a stable production process, car assembly is generally trustworthy. So it's not hard for a car company to qualify for producing high-end masks, the report said.

Liang Yongsheng, director of the Shenzhen Technology Innovation Commission, said, "China's industrial enterprises are now stepping up efforts to produce essential medical supplies, thus offering as much assistance as possible in the fight against the epidemic. The government, meanwhile, will continue to carry out supportive policies and concrete measures."