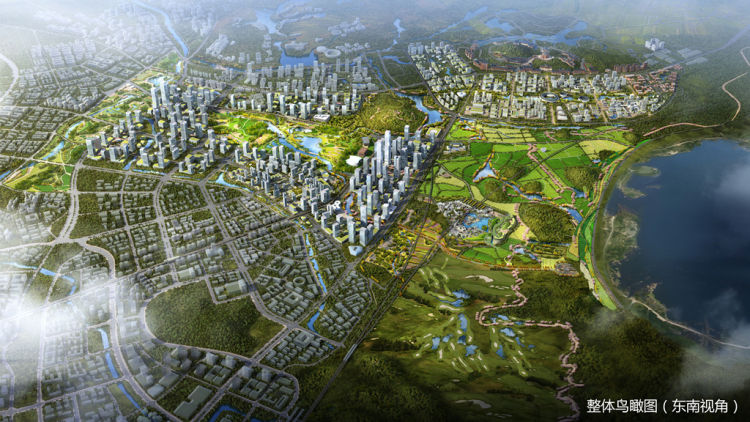 The development plan for Guangming Science City in Guangming District on the west side of Shenzhen, which aims to be a world-class science center, has been officially approved by the city government, a press conference was told Thursday.

According to the plan drafted by the Shenzhen Municipal Planning and Natural Resources Bureau and Guangming District Government, the science city is projected to be a core functional area of the Guangdong-Hong Kong-Macao Greater Bay Area International Innovation and Technology Hub as well as a key part of Shenzhen’s status as a comprehensive national science center.

Bordering Dongguan in the north, the science city aims to create a “scientific forest” surrounded by mountains, lakes and trees. In the future, the focus will be given to the construction of the three clusters: a cluster of scientific facilities, integrated science and education cluster, and science and technology innovation cluster.

The science city is an important part of Shenzhen’s goal to be built into a pilot demonstration area of socialism with Chinese characteristics, according to Zeng Jianpeng, vice director of the Shenzhen Development and Reform Commission, in April.

“Starting from a concept two years ago, the [science] city is now facing historic opportunities to become world-leading and do its part to Shenzhen’s mission as a demonstration area and the construction of the Greater Bay Area,” Zeng said.

From the science city, it takes 30 minutes to reach Hong Kong West Kowloon Station and Guangzhou South Railway Station via the Guangzhou-Shenzhen-Hong Kong Express Rail Link. Moreover, Ganzhou-Shenzhen High-speed Railway, which is under construction, will connect the science city with other cities in the Greater Bay Area.

Metro Line 6, which will be put into operation in August, will become the first rail line in service in Guangming.