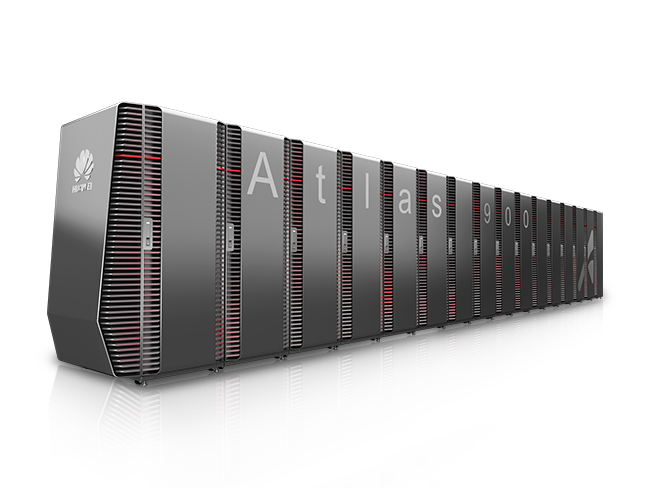 The Huawei Atlas 900 AI cluster powered by the Huawei Kunpeng and Ascend processors runs as the bedrock of Pengcheng Cloud Brain II. Courtesy of Huawei Technologies

The project covers an area of 3,011 square meters in the industrial park.

Through the project, the developers hope to achieve a high computing power of up to 1,000 petaFLOPS (PFLOPS).

Pengcheng Cloud Brain II is an industry-leading and key technology facility in the field of AI. It is a basic research platform for exploring the frontier of AI technology.

According to a report of Shekou Daily, quoting Ren Jingfei, deputy chief with the Pengcheng Lab AI Research Center, Pengcheng Cloud Brain II will begin tests this October and start the mission to realize 1,000 PFLOPS computing power. To attain this goal, the lab will deploy four Atlas 900 AI clusters for computing.

FLOPS, or floating-point operations per second, is the unit of measurement that calculates the performance capability of a supercomputer. One petaFLOPS is equal to 1,000,000,000,000,000 (one quadrillion) FLOPS.

Pengcheng Lab works with hundreds of researchers from Chinese and foreign institutions in advanced scientific domains like quantum computing. It is also part of China’s first batch of innovative open platforms for developing AI technologies, approved by the Ministry of Science and Technology.

The Shibilong Industrial Park, where Pengcheng Lab is located, is one of the key areas for the development of Xili Lake International Science and Education City.

Pengcheng Laboratory in the Shibilong Industrial Park is a planned research facility for academics and scientists with an area for public testing, an area for achievement exhibitions, and a convention center.

The U.S., China, Japan and EU have all declared the first “exascale” computer — with more than 1,000 petaFLOPS of computing power — as the next big milestone in large-scale computing. China claims it will achieve that milestone by 2020.