Located in Xiasha in south Futian District, C Future Lab is an innovative platform congregating groups of talented teams and individuals from around the globe who share pioneering visions in the fields of science, technology, arts, design, nature and creativity. 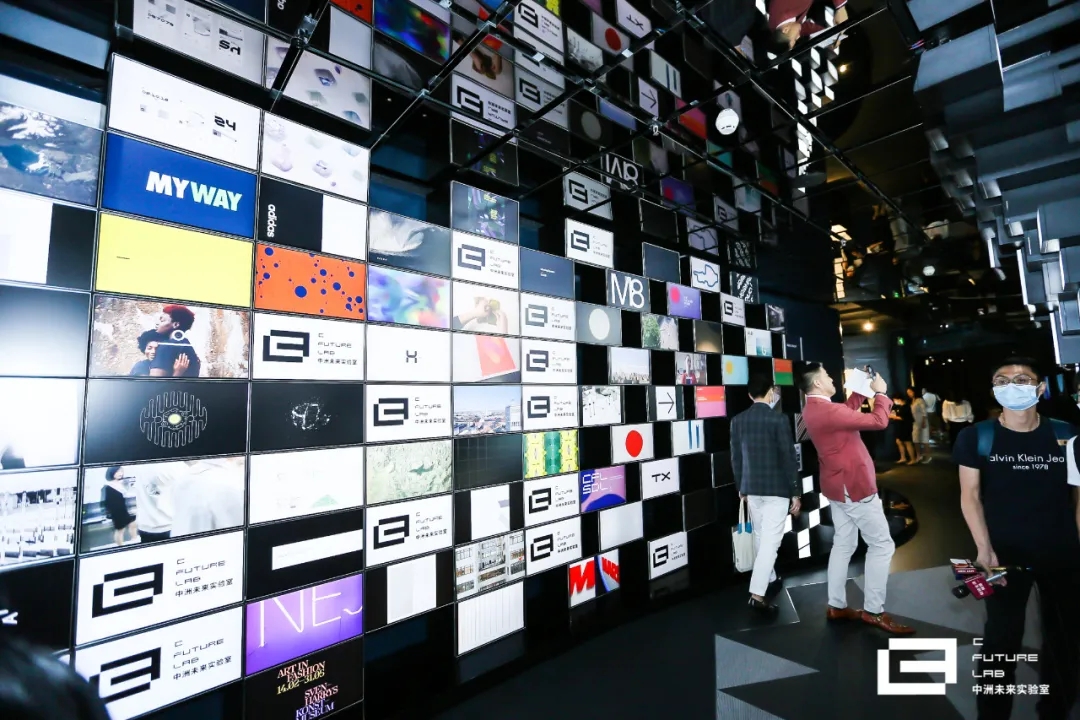 A scene in the exhibition. Photos courtesy of C Future Lab

When riding the elevator to C Future Lab, don’t forget to take a few seconds to glance at the digital artwork “Enso — Gold Light” created by teamLab in the elevator. Enso is the Japanese Zen practice of drawing a circle with a single brush stroke. This digital artwork depicts a 2-D enso presented in a 3-D space.

A new interpretation of traditional calligraphy, the artwork reconstructs calligraphy in three-dimensional space and expresses the depth, speed and power of the brush stroke. In Japanese Zen, enso is said to represent enlightenment, truth, the entirety of the universe and equality. The circle also reflects the hearts and minds of those who view it, with its interpretation left to the individual.

Inside the 2,000-square-meter exhibition hall, visitors can browse more than 100 past designs and projects by the Stockholm Design Lab created from 1998 to 2019. Artworks fall into categories such as airplanes, infrastructure, alcohol, sports, cars, etc. The Sweden lab is a creative space in which a multidisciplinary team of designers, strategists, art directors, developers and servicing people share a belief in design as a powerful tool to transform businesses and the society we live in. 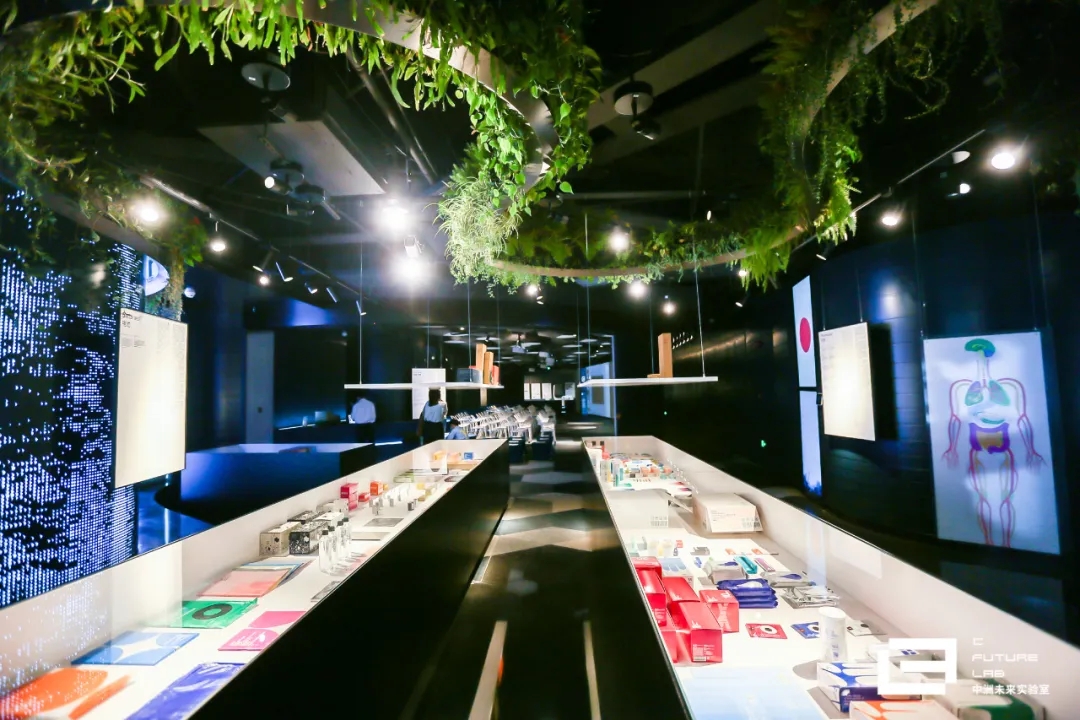 “The Jungle Dragon Dance” consists of plants hanging from the ceiling of the exhibition hall. Specializing in tropical plants, Blanc invented the modern vertical hydroponics garden (also known as green walls or walls of living plants) in 1986 and has applied it in 300 projects around the world, including at Ginza Six in Tokyo, One Central Park in Sydney and EmQuartier in Bangkok.

He took inspiration from both tropical rainforests and high mountains, where many plants grow without or with a minimal amount of soil. In his vertical garden system, water is provided from the top by a plastic hose coupled with an irrigation timer. For Blanc, a vertical garden makes better use of water than a traditional one because there is less water loss due to percolation in the soil. 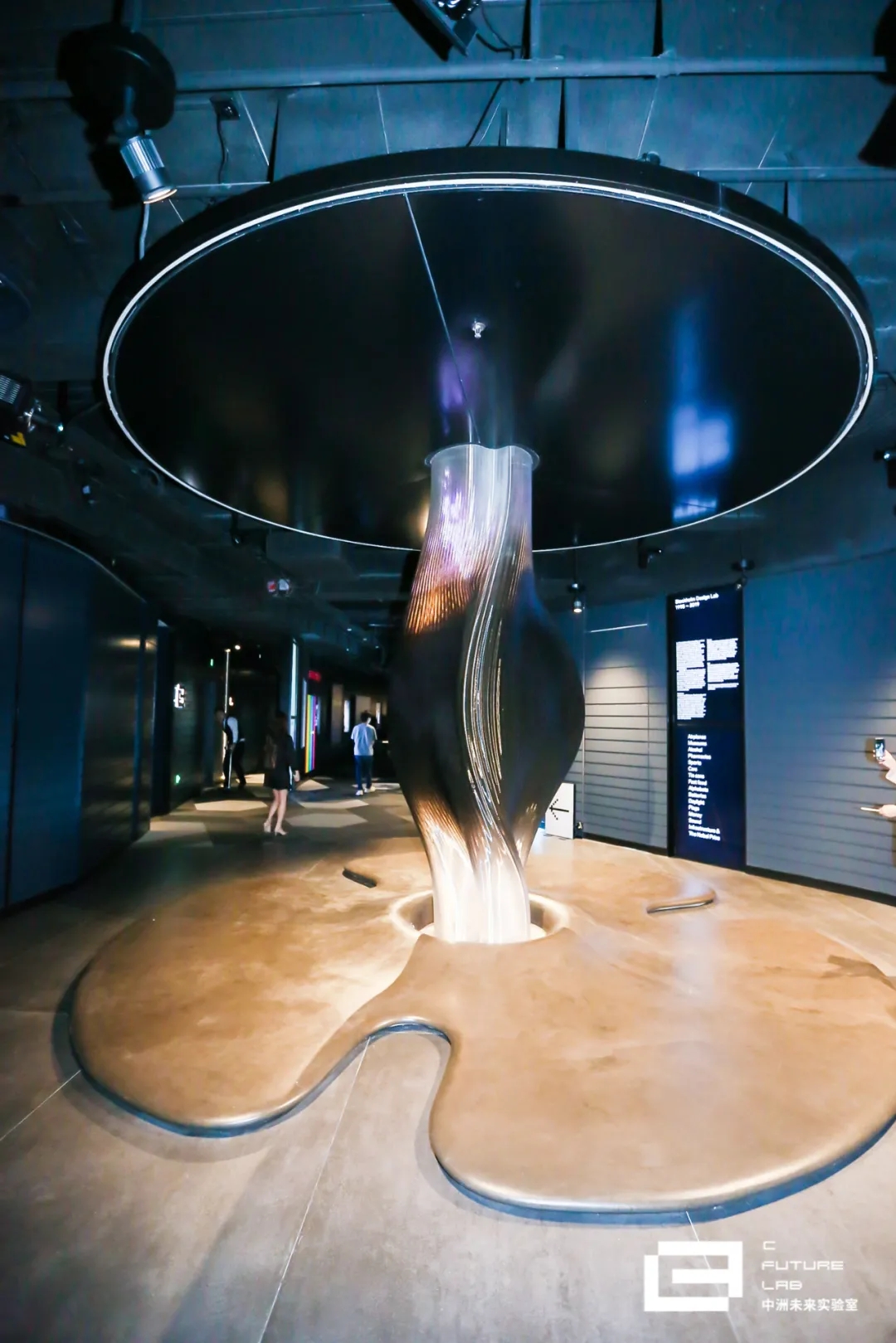 Sculpture “The Cell” designed by Ross Lovegrove and QUAD Studio.

“Time Passage” is an ideal spot for taking selfies because it is a corridor with mirrored walls and microcosm images sweeping across the floor. “Info Labyrinth” is a screen wall that proposes a landscape of future concepts. “The Cell” is a sculpture like a living organism which greets the visitors. Designed by Lovegrove and QUAD Studio, it was manufactured by the latest 3-D printing technology of Nagami, with built-in interactive sensors, sound and projection equipment.

According to Lyu Hua, head of the C Future Lab, through experiments, exhibitions and cooperation with universities, the lab sets out to explore new ideas and technologies for modern urban development and operation. “Shenzhen itself is an experiment in China and now after 40 years, the city has made great achievements in economy and infrastructure. Now people crave more from the cultural side, so I hope this lab could inspire young people to experiment in art and technology,” he said.