Pan He, the sculptor who created Shenzhen’s iconic sculpture “Pioneering Bull,” died Saturday at a hospital in Guangzhou at the age of 95. 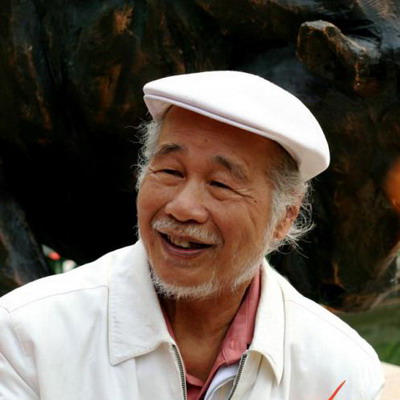 The “Pioneering Bull” sculpture located in front of the compounds of the Shenzhen Municipal Committee of CPC on Shennan Road Central is one of Pan’s major works. Completed in 1983, the sculpture is an ode to the pioneers devoted to the construction of Shenzhen and a masterpiece that marks a special era. 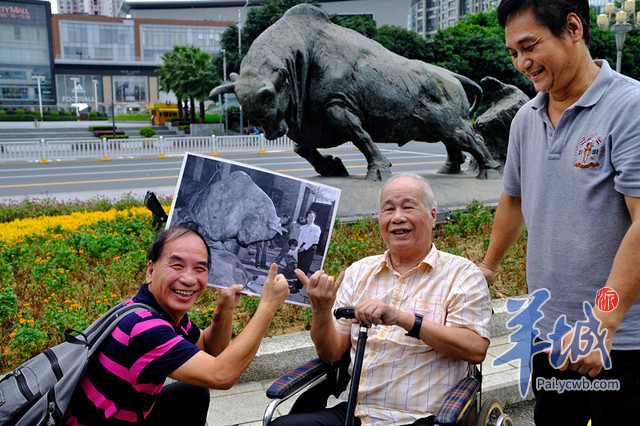 Pan He (C) poses for a picture in front of the “Pioneering Bull” sculpture with photographer Ye Jianqiang (L) holding a file photo of him working on the bull sculpture in Shenzhen, in September 2018.

Back in 1980 when the Shenzhen Special Economic Zone was established, the city government reached out to Pan with a request for him to create a statue for the office buildings of the city government, which was expected to represent the spirit of Shenzhen and serve as inspiration for the public.

Government officials first proposed he create a peng (a mythological bird in China) sculpture, as Shenzhen is also known as “Pengcheng” to imply that the city would witness rapid development like a soaring bird. But Pan had a different idea.

“I could tell that in the future there would be many skyscrapers in Shenzhen. If we put a peng sculpture in a place surrounded by towering buildings, it would be like locking a bird in a cage, and how could it fly? The government agreed with me, so the first proposal was denied,” said Pan.

Two more proposals were made, including a lotus and a lion, but both were denied by Pan.

The idea of the “Pioneering Bull” didn’t occur to anyone until three years later when Pan had a casual conversation with Liang Xiang, who was then the city’s mayor.

“The reform and opening up and the establishment of special economic zones in China are pioneering work that requires diligence and grit. A sculpture of a bull that cultivates a virgin land will precisely symbolize our generation who started a great cause from nothing,” Pan said to Liang.

Work on the sculpture started immediately. On July 27, 1984, the “Pioneering Bull” sculpture was unveiled in the compounds of the city government and attracted throngs of visitors who came to take photos with the sculpture.

In 1999, the Shenzhen government decided to relocate the sculpture in front of the compounds so that more citizens would be able to visit the sculpture.