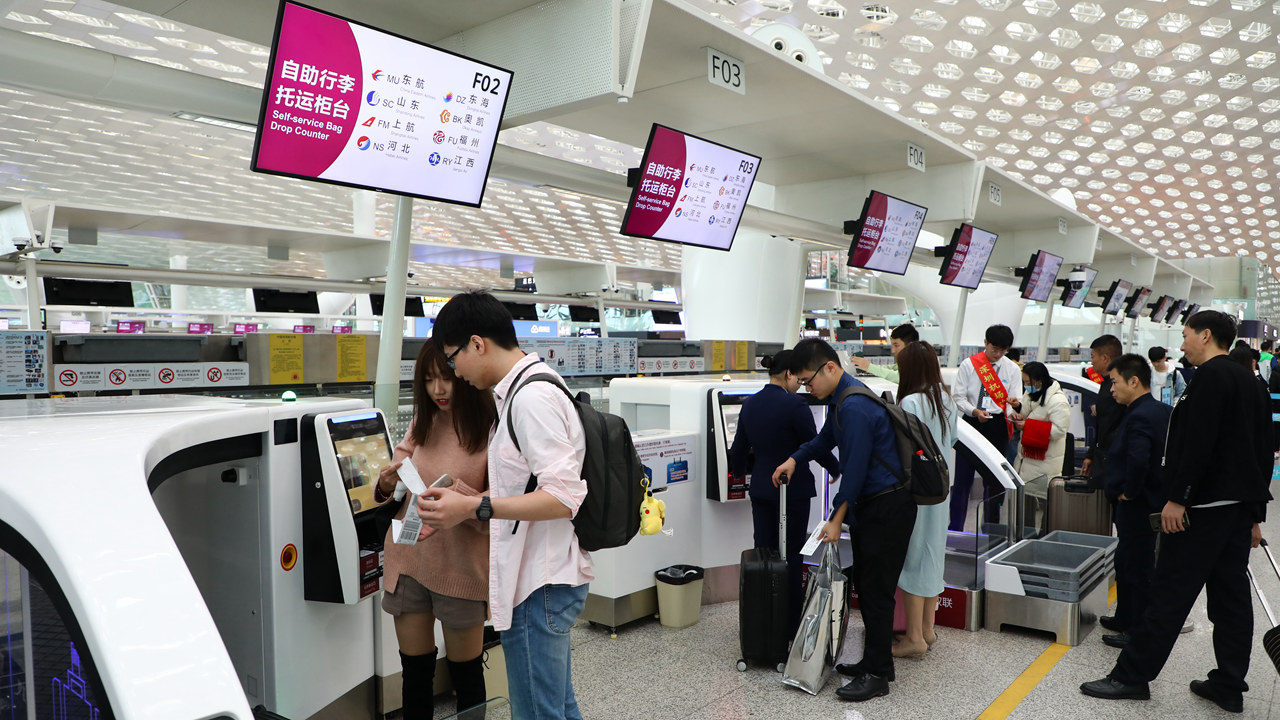 The Shenzhen Bao’an International Airport, for the first time, was ranked as one of the top three busiest airports in China by both passenger traffic and cargo throughput last year, the airport said yesterday.

Its cargo throughput increased 9 percent to reach 1.4 million tons last year, jumping to third from fifth place in 2019. The growth rate was the fastest among domestic airports with an annual cargo handling capacity of above 1 million tons and the biggest for the airport itself in four years.

The airport handled 37.92 million passenger trips last year, which accounted for 70 to 80 percent of pre-pandemic numbers.

The punctuality of flights at the Shenzhen airport hit a record 92 percent in 2020. During the Mid-Autumn Festival and National Day holidays last year, the daily passenger trips reached a record of 150,000.

For the whole year, the airport operated 2,900 international cargo flights, transporting about 750,000 tons of pandemic relief materials to 46 countries.

Eight cargo destinations were newly opened last year, including Chicago in the U.S., Luxembourg, Addis Ababa in Ethiopia, Ho Chi Minh City in Vietnam, Frankfurt in Germany, Los Angeles in the U.S., Amsterdam in the Netherlands and Jakarta in Indonesia. At present, the airport operates cargo flights to 25 cities around the world, 40 percent of them in America and Europe.

The amount of international goods the airport handled reached 460,000 tons last year, increasing 30.8 percent over the same period in 2019.

Nationally, China’s civil aviation sector handled 420 million passenger trips in 2020, which accounted for 63.3 percent of that in 2019, indicating recovery from the COVID-19 pandemic fallout, according to the country’s civil aviation regulator.

The recovery picked up in the fourth quarter as air passengers in the last three months of 2020 stood at 84.2 percent of that in the same period in 2019, the Civil Aviation Administration of China (CAAC) said earlier this month, adding that it plans to increase the annual ratio to about 90 percent in 2021 amid the fight against COVID-19.

China’s civil aviation sector remained the world’s second-largest in terms of passenger trips for the 15th consecutive year. The transport of cargo and mail hit 6.77 million tons in 2020, or 89.8 percent of that in 2019.