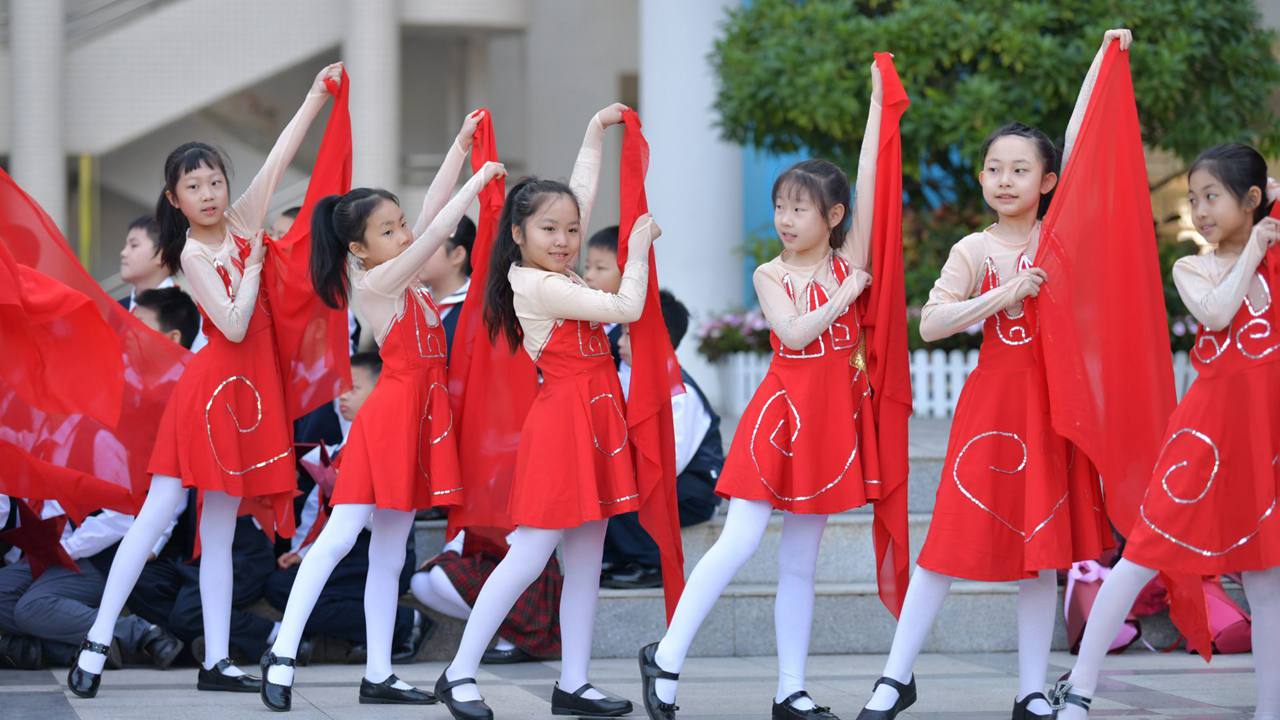 Students of Liyuan Primary School in Futian District dance at the opening ceremony of the new term yesterday.

Students from Shenzhen Jingxiu Primary School in Futian District were seen holding a red packet walking out of campus after they finished their morning session yesterday.

Students told the reporter that inside the packet are bookmarks prepared by teachers as a welcome gift for the new term.

Students from Hubei Primary School in Luohu District received an apple, orange, scallion and celery for the symbolic meanings based on the pronunciation of each Chinese phrase.

One of the Grade 2 students surnamed Xu from Jingxiu Primary School said that she felt happy to return to school as she is very excited to see and talk to teachers and friends.

Recalling last year’s situation when they had to learn online due to the pandemic, Xu said that it is better to go to school for studies.

“Learning from online courses made me feel lonely. I love lessons held in school,” said Xu.

Peng Can, a Grade 7 student at Futian Science Middle School, said that it is cool to go back to school, adding that teachers still remind them to wear masks and wash hands frequently to stay safe.

Tang Xiyan, a Grade 9 student at Futian Foreign Language School, said he spent most of his winter holiday studying and attending extracurricular classes to prepare for this year’s high school entrance test.

Although Tang had lots of homework to do during the holiday, he didn’t complain. His goal is to get admitted to the top four high schools in Shenzhen this summer.

Most international schools in Shenzhen also started the new term yesterday, with a few to start next Monday.

Prathik Gangam, a Grade 3 student with the Quality School International (QSI), Shenzhen in Nanshan District, said that the first school day is great as he can see friends he hasn’t seen for a long time.

Before the start of the new term, schools across the city have undergone required preparations like disinfecting classrooms thoroughly.

Meanwhile, traffic police officers were deployed at key roads across the city yesterday during the morning and afternoon rush hours to check school buses and to ensure smooth traffic flow on roads near schools.