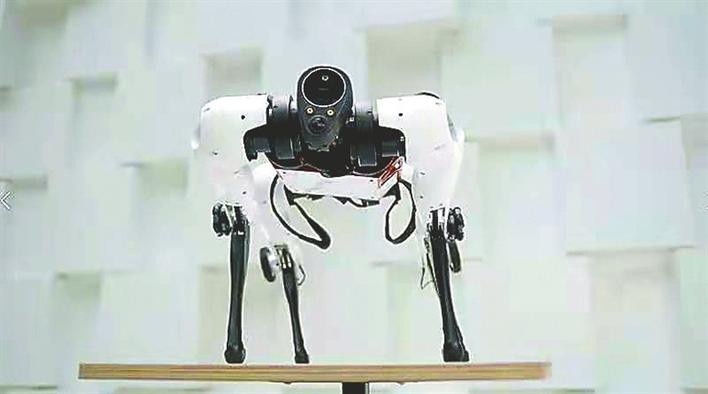 A video released by Tencent showed Max standing on two legs, gliding on flat ground up to 25 kph, prancing over obstacles, and even doing a backward somersault.

Max adopts the same robust control algorithm as its predecessor Jamoca, which allows it to achieve perfect balance and accurate perception of its environment.

Another clip presents Max holding a ball and receiving a red packet from a person.

The four-legged robot is expected to play a role in patrol, security and rescue, Tencent said.

In 2018, Tencent set up Robotics X Lab engaged in R&D and application of robotics technologies. Max is another accomplishment for Robotics X Lab following the robot dog Jamoca and a self-balancing bicycle.