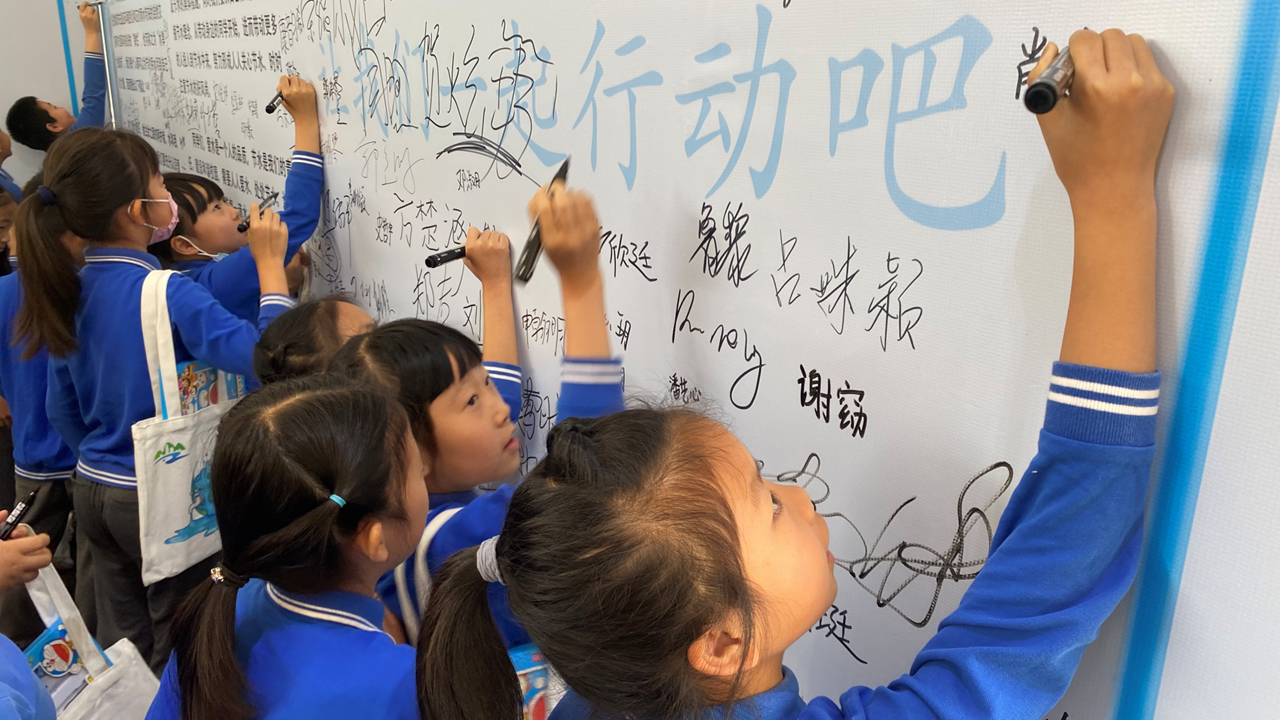 Students from Sinolink Primary School in Luohu District sign their names on a board at an event promoting water conservation and the building of sponge city. DT News

Shenzhen is working to get residents and businesses on board with a host of water conservation initiatives as it endeavors to become a model city for water sustainability.

“The city’s efforts in water conservation have achieved positive results over the past years. But a certain gap still exists when compared with top-ranking cities,” said Luo Yibing, a researcher with the Shenzhen Municipal Water Affairs Bureau.

Luo made the remarks at a press conference held by the Shenzhen Municipal Government Information Office at the Civic Center in Futian District yesterday, which gave a rundown of the city’s five-year working plan to build Shenzhen into a water conservation model city by 2025.

According to Luo, Shenzhen’s water use per 10,000 yuan (US$1,533) of GDP dropped to 7.32 cubic meters in 2020, and the leakage rate of water pipe networks stood at around 8 percent. Both figures represented the lowest levels in the country.

However, Shenzhen is a city with serious water shortage, as more than 85 percent of the city’s water needs to be transferred from the Dongjiang River outside the city.

The city’s per capita water resources is only 154 cubic meters, far lower than the international extreme water shortage benchmark of 500 cubic meters per capita, according to statistics.

Luo said the goals set in the working plan are based on rigorous research and public feedback from all walks of life.

The city will strengthen the supervision on water use and conservation, tighten its screw on irregularities, and promote the use of unconventional water sources such as recycled water and rainwater in industries and public facilities.

It aims to control its annual water consumption within 2.113 billion cubic meters, the bottom line set by the provincial government, and its water use per 10,000 yuan of GDP below 6 cubic meters, by 2025, as per the plan.