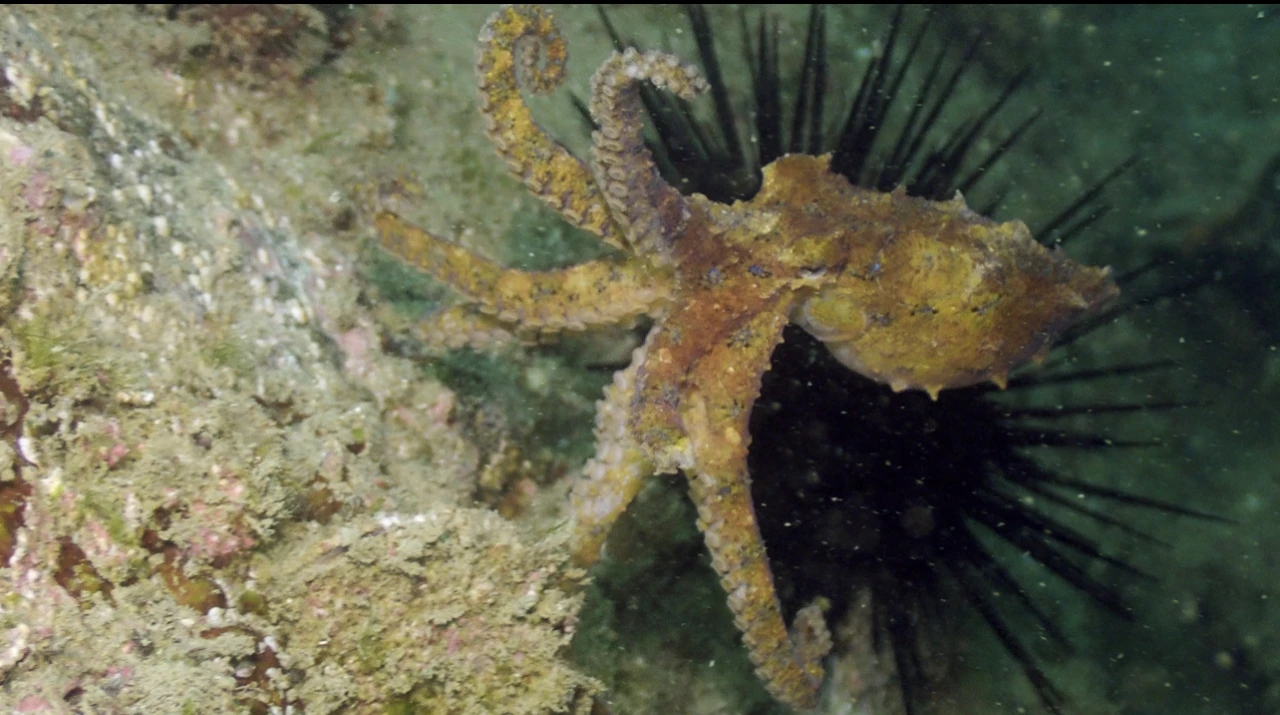 A group of scuba enthusiasts in Shenzhen has recently photographed a rare blue-ringed octopus while diving in the coastal waters off Nan’ao in Dapeng New Area.

According to Shenzhen Special Zone Daily, the encounter with this rare octopus species is the first in the sea area of Shenzhen. The species is more commonly found in the coastal waters that stretch all the way from Australia to Japan.

The blue-ringed octopus (Hapalochlaena fasciata) is reputed to be among the most venomous marine animals, capable of gravely injuring and even killing humans with just one bite. Its beak is very sharp and can even pierce professional diving suits. The vibrant blue markings found on blue-ringed octopuses are usually not plainly visible and only appear as a warning when they feel that their lives are in danger.

The blue-ringed octopus is a fairly docile creature and will not attack unless provoked. Most attacks on humans occur when people pick up the animal or take a closer look at it, as this can be interpreted as a threat.

Many people who are bitten by the blue-ringed octopus usually ignore the lethality of the tiny creature, as the wound, very small and almost painless, does not seem like it is worth going to the hospital over.

However, the blue-ringed octopus injects deadly venom into the human body through the wound, with the toxin spreading rapidly, to eventually cause respiratory failure. In mild cases, the injury will take three to four weeks of treatment to recover, but in severe ones, the octopus bite can even cause death.

While it may be tempting to follow such bright and iridescent creatures in the sea, it is best to let them go on their own way.