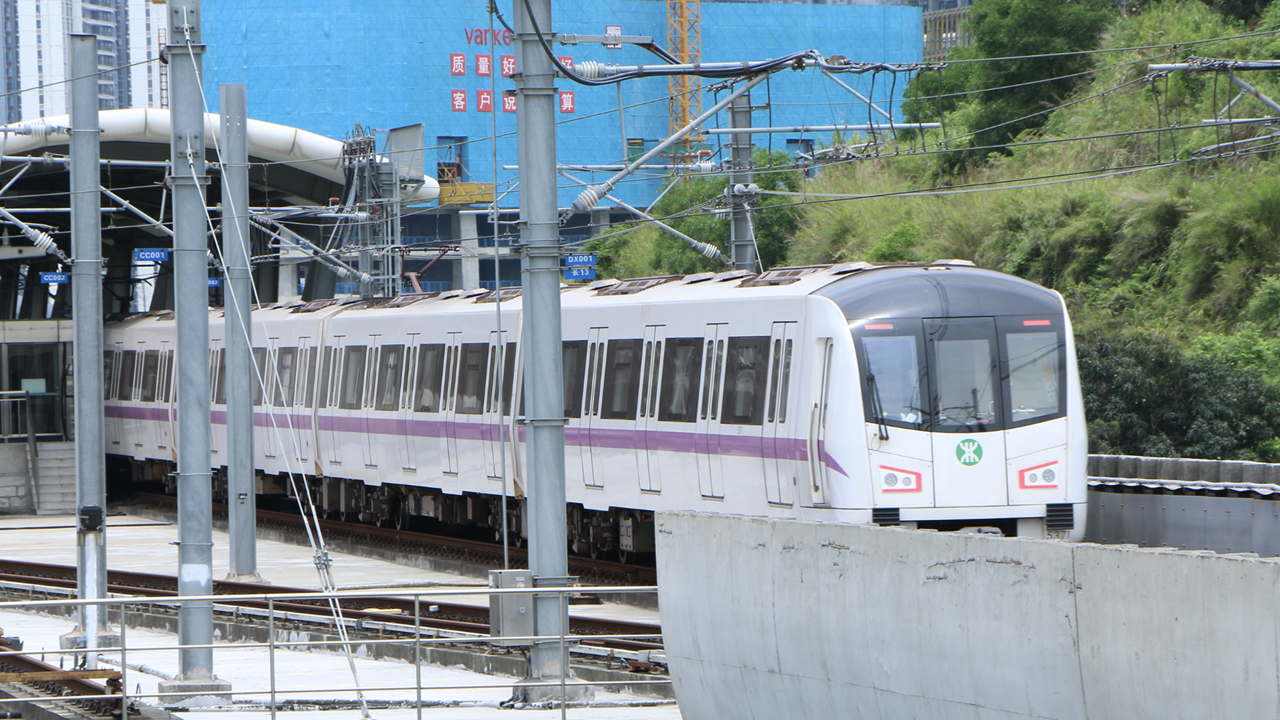 A train of Shenzhen Metro Line 5 is in operation. DT News

Shenzhen Metro Group is carrying out plans to shorten train departure intervals for Lines 5, 6, 10 and 11 during rush hours and has extended their service hours, sources from the Metro group said.

The first train at Chiwan Station on Line 5 has been advanced by nine minutes.

Line 11 has optimized the times for the first and last trains during both weekdays and weekends. The first trains departing two terminals, Futian Station and Bitou Station, have been advanced by 10 minutes. After the departure of the final train at Futian Station at 11:30 p.m., the operator will arrange two trains to Airport North Station and two trains to Songgang Station, extending the service time by 40 minutes to 12:10 a.m.