Around 20 expat photographers spotted and photographed the Indo-Pacific humpback dolphins (Sousa chinensis) in the Lingdingyang waters of the Pearl River Estuary during a shooting trip in Nanshan Feb. 7, an event that is a spin-off of the Expats Eye Shenzhen Photo Contest. 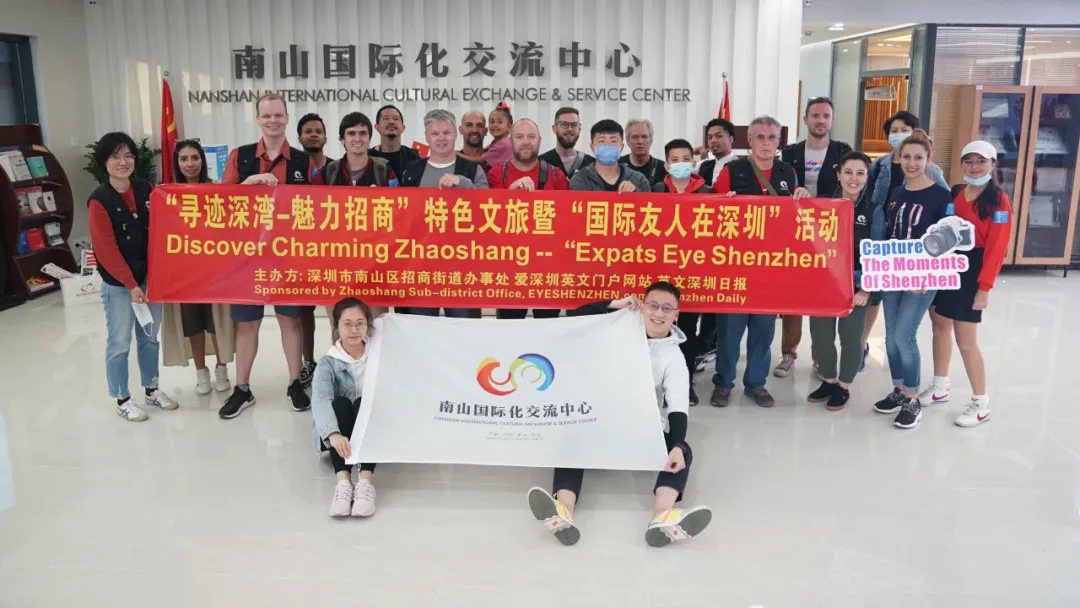 Most people may know Nanshan for its high-tech industry, but the district has much more to offer. The award winners of the contest captured through their lens other aspects of the high-tech district. 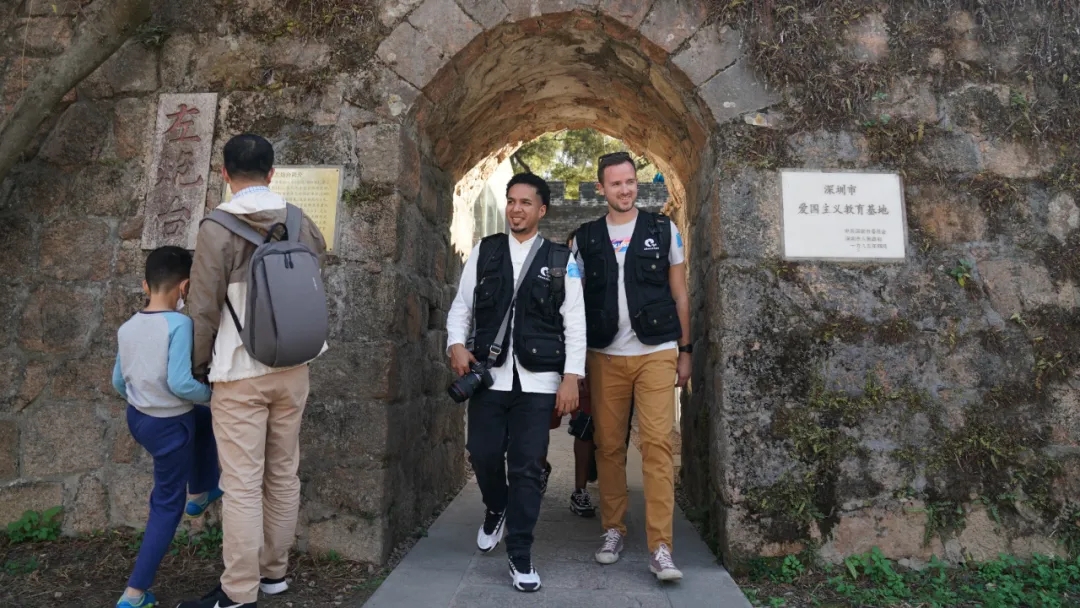 Expat photographers visited historical sites such as the Tian Hou Gong (Chiwan’s Goddess Temple) and the Chiwan Left Fort. They also checked out the Nanshan International Cultural Exchange & Service Center, where they were deeply impressed by the services provided. 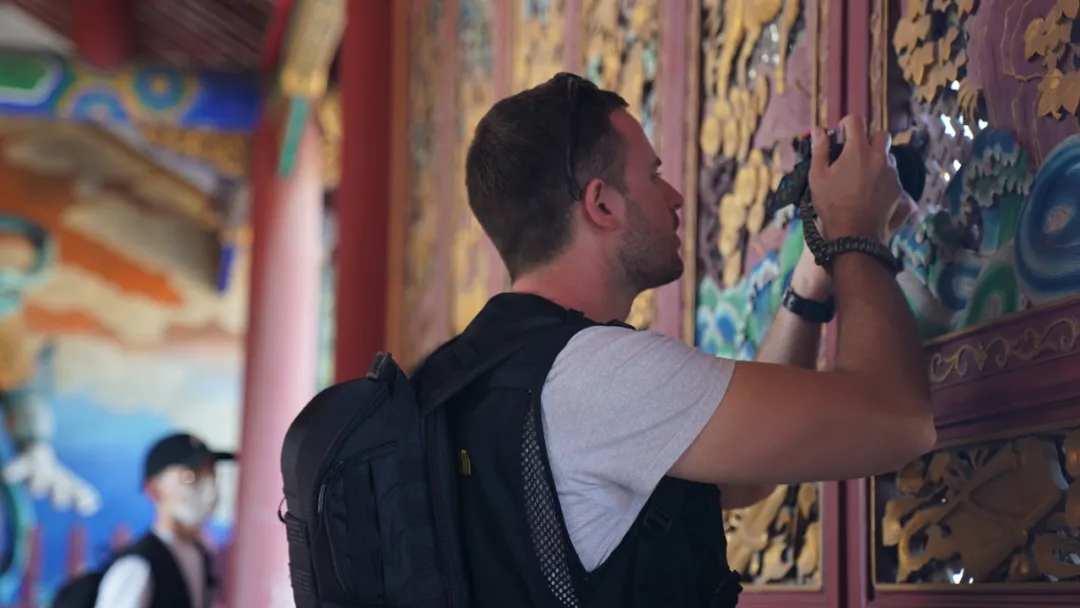 In addition, they boarded the Da Wan Qu Yi Hao (Greater Bay Area No. 1) Cruise which passes under the Hong Kong-Zhuhai-Macao Bridge. 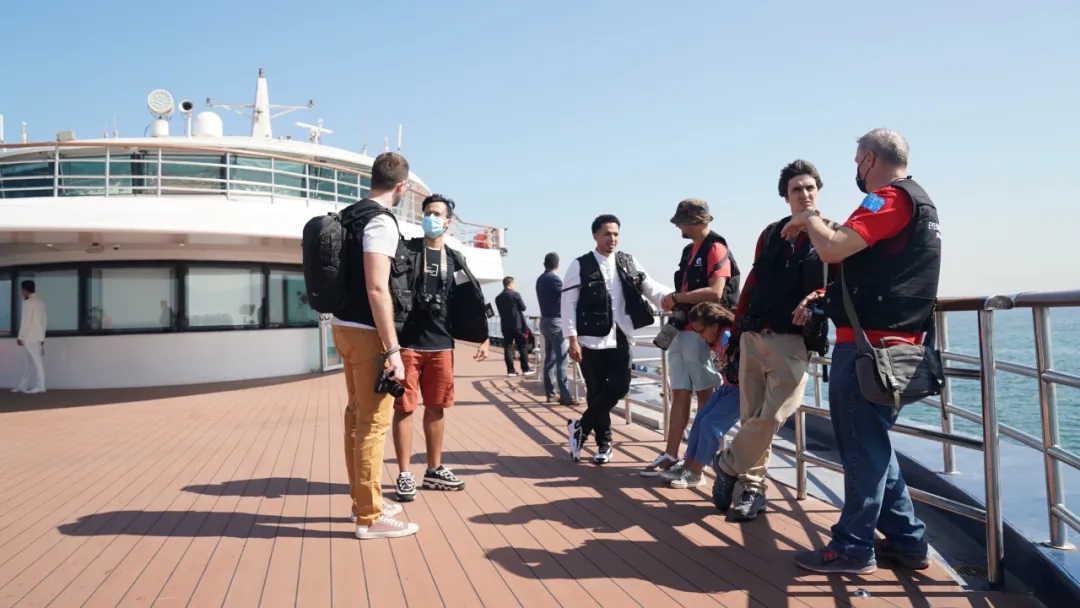 During the three-hour cruise tour, the expat photographers were able to take photos from different angles of the Hong Kong-Zhuhai-Macao Bridge, the Shekou Container Terminals, the Shekou Cruise Homeport and other scenes along the route.

The icing on the cake of the cruise trip was that they had the luck of encountering the Indo-Pacific humpback dolphins, and a few of the photographers even captured some precious moments.

Isaac Cohen, a Colombian photographer, was excited to capture with his wildlife lens some marvelous shots of the dolphins. 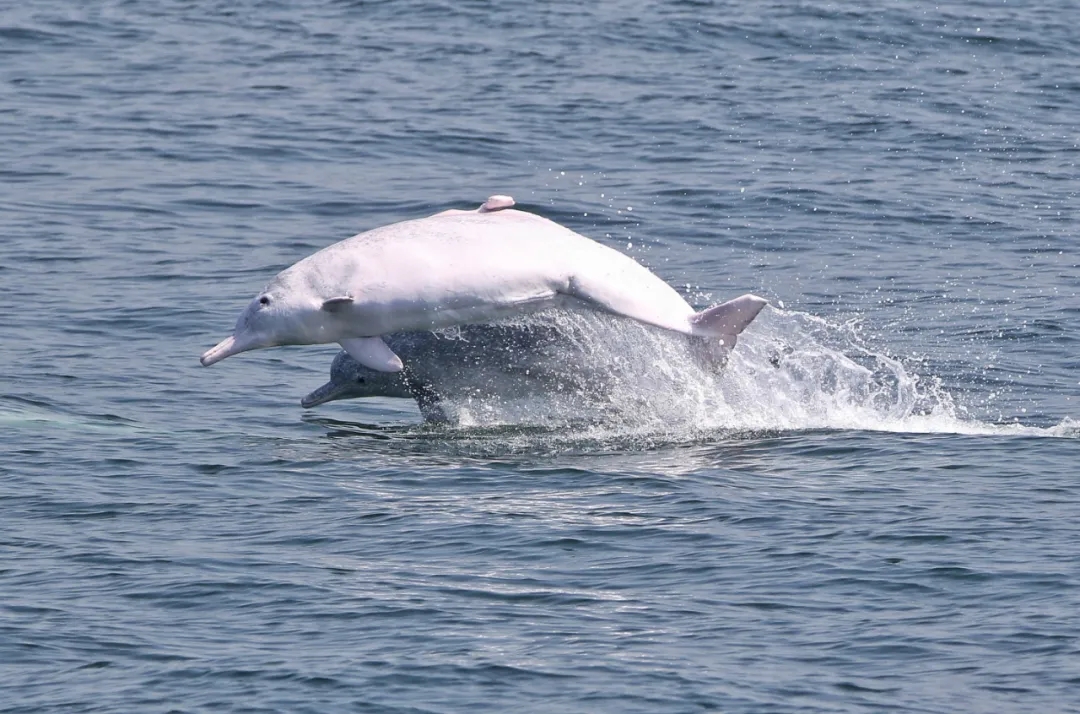 “It was very beautiful and awesome when we spotted the dolphins jumping next to the boat. So everybody was excited and screamed: ‘Oh yeah the dolphins the dolphins!’ Gladly I got my wildlife lens ready for the picture and got a really really nice one today. So I am very happy because of that,” said Cohen.

American photographer enthusiast Raul Nieto found the cruise trip fantastic and cool, because he not only took photos but also learned a lot from other photographers. 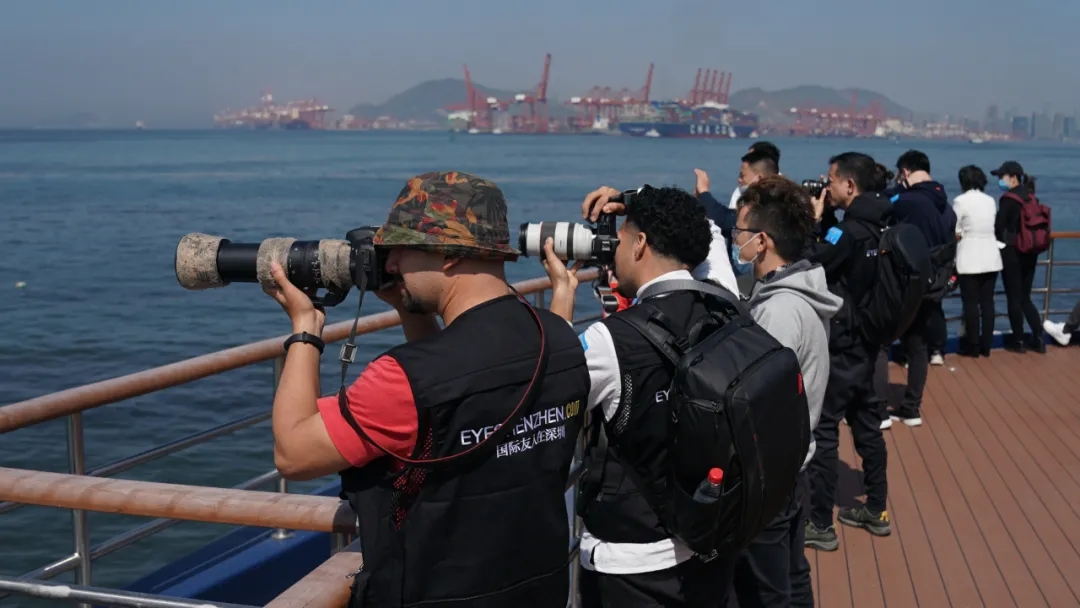 “It was not among the usual day-to-day things I would do in my daily life in Shenzhen. I think it was really cool to be able to go on a cruise trip. For instance, we saw the dolphins pop out of nowhere, and the photographer next to me was able to capture a beautiful shot that I was unable to capture. It was really cool just to have been able to see that,” said Nieto.

Amlan Aparajit from Australia told the Shenzhen Daily that the best part of the photo tour is not only meeting new people, but also seeing Nanshan from a different perspective. “Before we used to go to places and just take photos, but today we just saw it from the other side, like from the sea.” 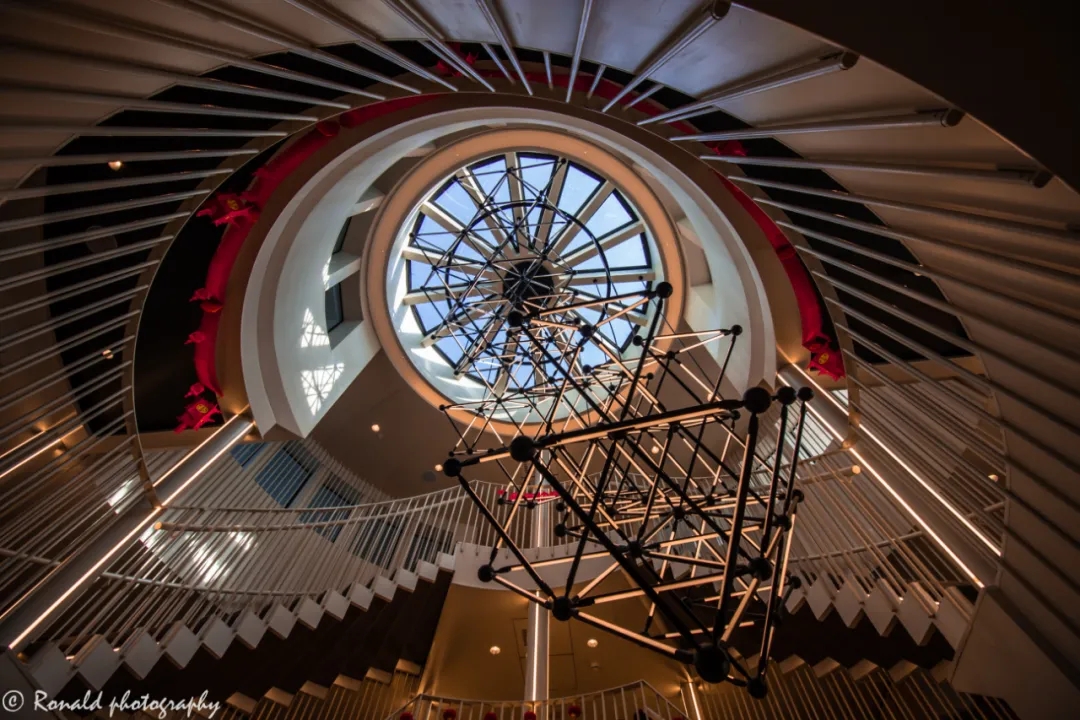 Dionne told the Shenzhen Daily that the main entrance, the lanterns and the combination of colors in the temple reminded her of her trip to the Forbidden City in Beijing. “I would suggest to my friends and my parents as well to visit these places because I feel that not a lot of foreigners know about them.” 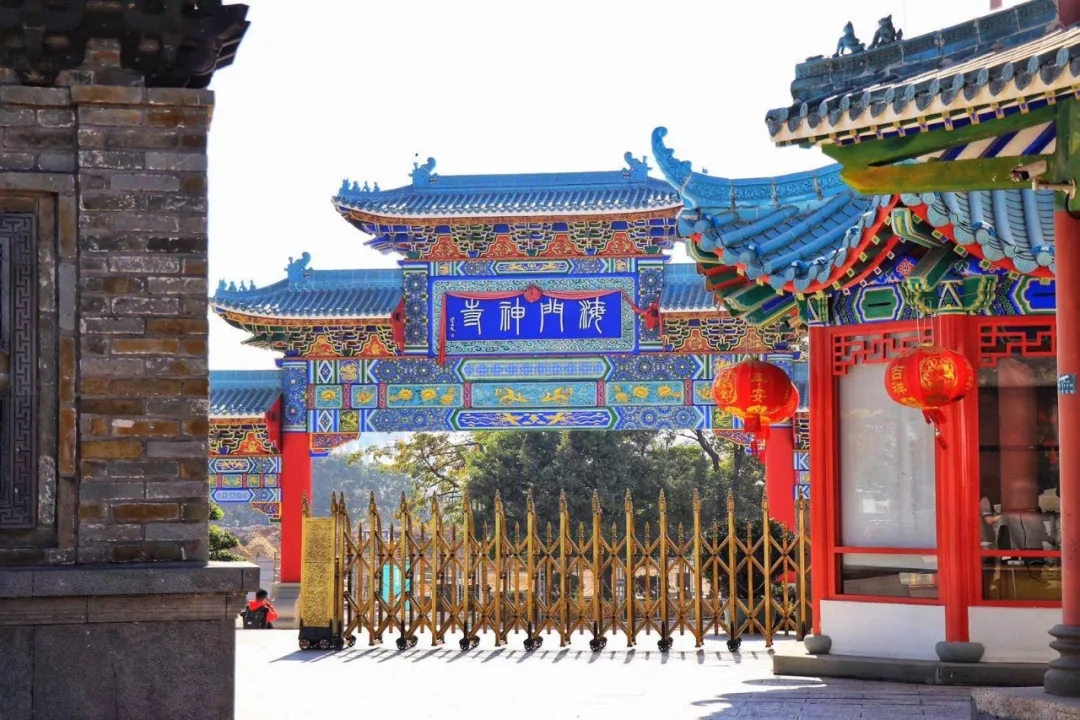 The expat photographers have harvested much from their photo walk in Nanshan and look forward to future shooting trips around Shenzhen.

“People who made this Expats Eye Shenzhen event happen are really cool. You get a chance to meet new people and take some pictures even if you are not a professional photographer. You even take photos from your phone and you learn from the people next to you,” Nieto told the Shenzhen Daily. 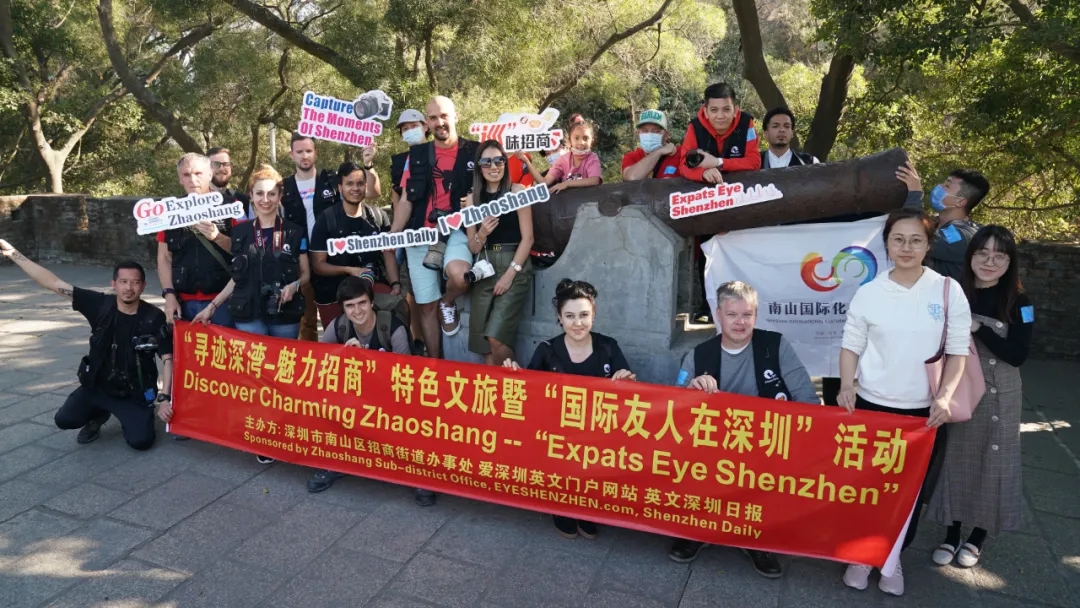