Expat photographers were deeply impressed and surprised by what Longhua has to offer during the photo-shooting trip around the district April 11. During the trip, they visited the Memorial Hall for the Great Rescue of Chinese Cultural Celebrities, the headquarters building of Marisfrolg Fashion Group, China Guanlan Original Printmaking Base and Mei Luen Rosewood Museum. 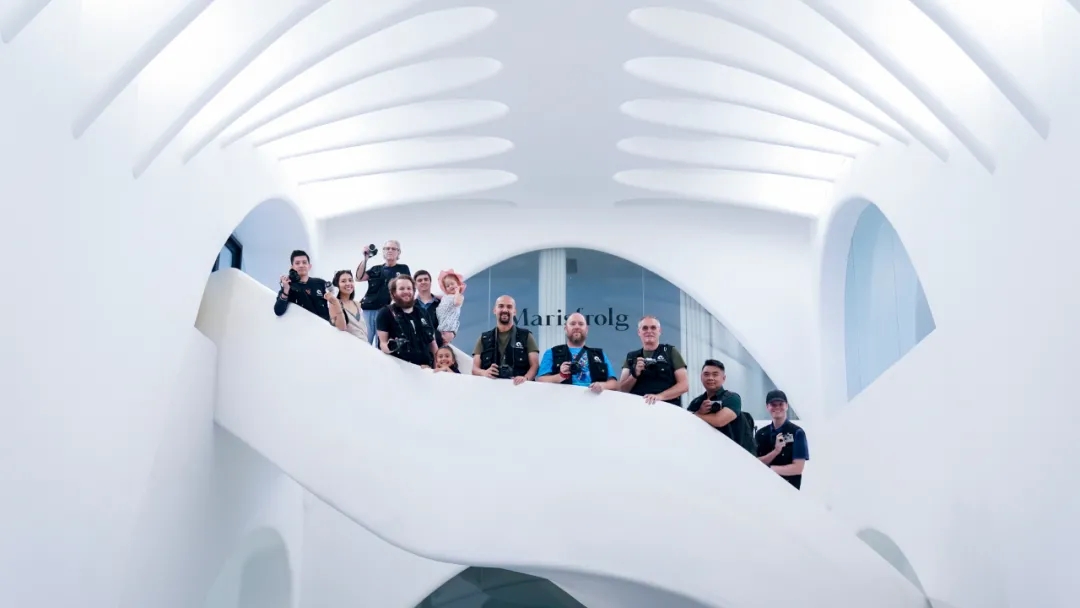 Expat photographers pose for a photo at the headquarters building of Marisfrolg Fashion Group during a photo-shooting trip to Longhua District yesterday.

The trip, a spin-off of the Expats Eye Shenzhen Photo Contest, was organized by Shenzhen Daily, EYESHENZHEN.com, the Publicity Department of the Longhua District Party Committee, and the Culture, Radio, Television, Tourism and Sports Bureau of Longhua District.

It gathered around 15 expats from different countries including the U.K., Colombia, the U.S., Chile, Belgium, the Czech Republic, Singapore and the Philippines. A group photo of the expat photographers at the Memorial Hall for the Great Rescue of Chinese Cultural Celebrities.

The Memorial Hall for the Great Rescue of Chinese Cultural Celebrities in Baishilong was built in 2005 to commemorate a rescue in the Chinese People’s War of Resistance Against Japanese Aggression.

In December 1941, Hong Kong was occupied by Japanese invaders, causing more than 800 patriotic intellectuals to be stranded in Hong Kong. The Guangdong People’s Anti-Japanese Guerrilla Force led by the CPC then escorted those people back to the Chinese mainland. 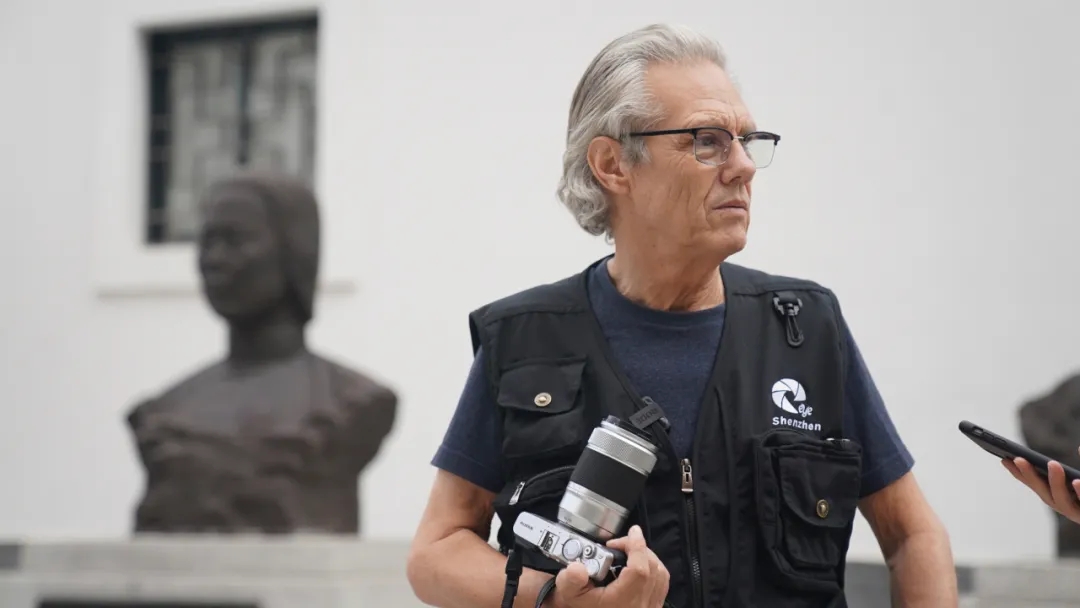 Arthur Edward Rash Jr. at the Memorial Hall for the Great Rescue of Chinese Cultural Celebrities.

“The cultural celebrities encompassed writers, painters, journalists, photographers, and people who were involved in the media and who were very important, but they were stranded in Hong Kong. And Zhou Enlai decided, no matter what the cost was, to save these people,” he said.

For Michael James Williams, also from the U.S., the visit to the memorial hall reminded him of the He Xiangning Art Museum in Nanshan District. Michael James Williams inside the Memorial Hall for the Great Rescue of Chinese Cultural Celebrities.

“When I came in here, I saw the name of He Xiangning. It triggered a memory that I went to the museum dedicated to her artwork in Nanshan. I had read there that she was very big in the anti-Japanese war. So it’s a nice connection made between that place and this. And I really admired her artwork,” he said.

For Astrid Bastidas from Colombia, all the destinations on the trip were beautiful, but what she liked most was the headquarters building of Marisfrolg Fashion Group as she had never expected to find such a building in China. 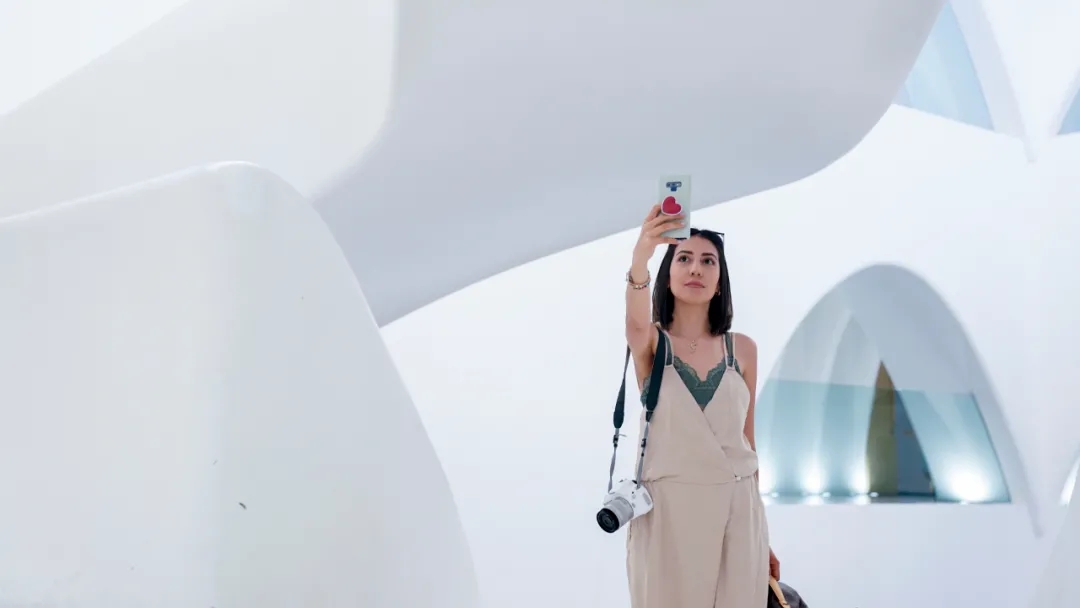 The building was designed by New Zealand architect Fred Van Brandenburg. The building’s design features life-like forms such as giant leaves. The building appears to be light and soaring but at the same time grounded by the use of materials, a combination of stone, brick and broken tiles. The material palette has been carefully considered in regards to recycling, reuse and the art of rekindling hand craftsmanship. 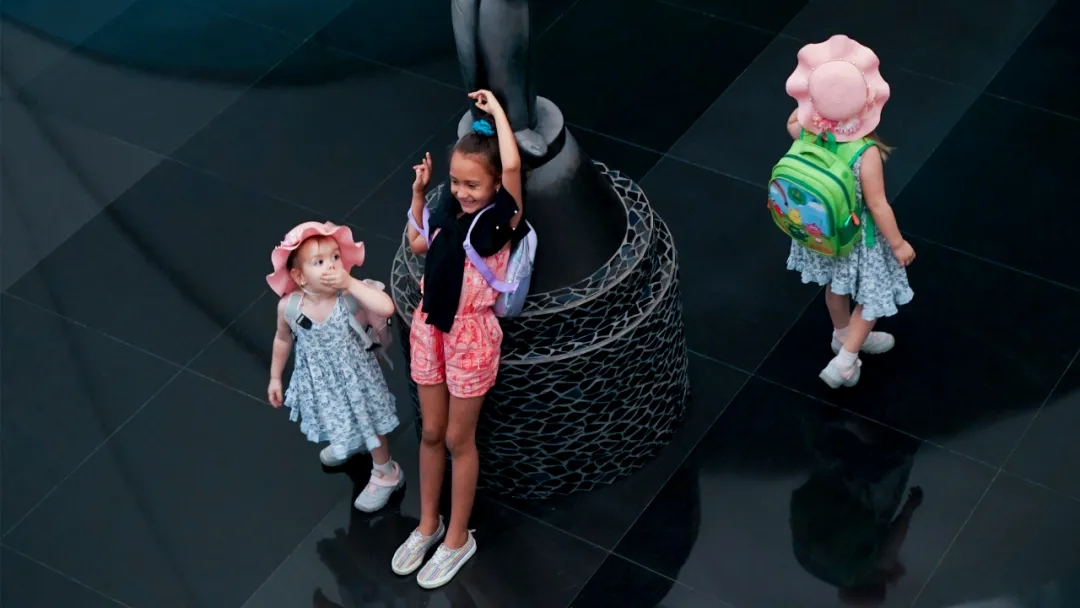 A scene inside the headquarters building of Marisfrolg Fashion Group.

“I found it astonishing,” said Bastidas. For her, the building should be seen by one’s own eyes, because there are many details that can only be appreciated through the naked eye. “If I have the panoramic photos, I can’t appreciate what I see in my eyes. When I was there, I could see every little piece of how the roofs are created, how things are going, and see how the people are building it.”

For other photographers in the group, like Ashley Colin Main from the U.K. and Teo Wei Tiong from Singapore, they were most impressed with the printmaking base.

Both of them stressed the tour at the China Guanlan Original Printmaking Base is very educational and interesting. 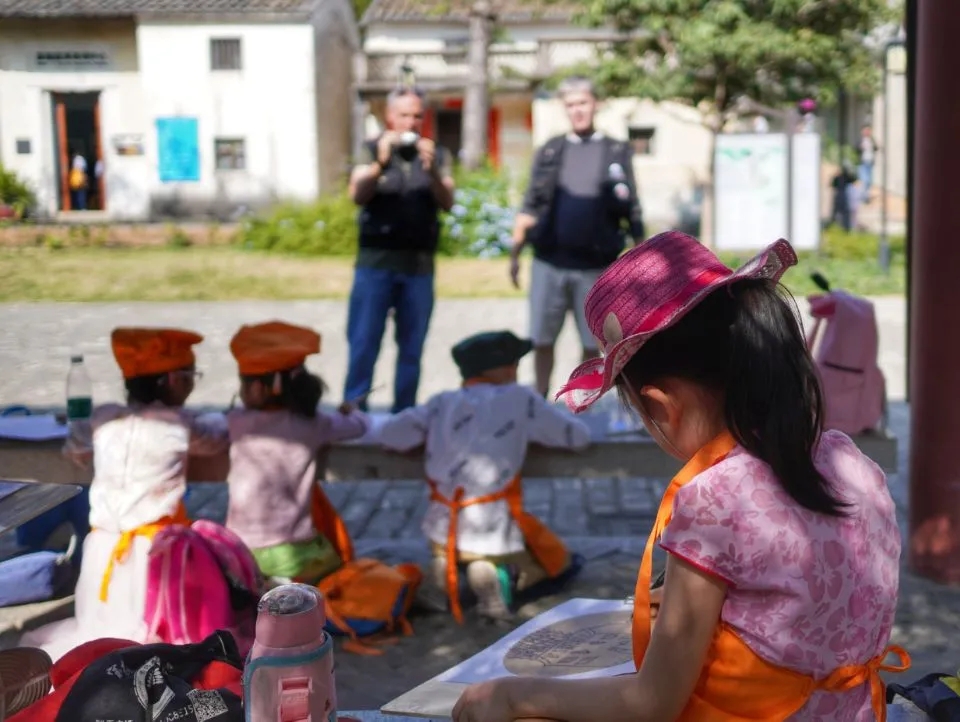 “Going to the printmaking workshop was very interesting. It was nice to see the process they go through to make this piece of art. It’s not something I have seen before,” said Main.

Teo appreciated that this eye-opening tour gave them an opportunity to visit places that ordinary visitors cannot reach. “When we look at the finished work, it’s either monochromatic or colorful. You don’t know how complicated or different processes are involved. But through this tour, we get to know this.”

“Longhua keeps surprising me ... never knew about these places,” said Ronny David Verdoodt from Belgium, who lives in Longhua.