Chinese scholar and connoisseur Rong Geng (1894-1983) spent a lifetime of research on Chinese paleography and epigraphy and collected Chinese antiques to prevent them from being lost during times of war. He donated a great number of antiques to the country and now visitors can have a glimpse into those cultural relics at an exhibition at the Shenzhen Museum.

The 207 objects exhibited include bronzeware, paintings, calligraphic works, rubbings, seals, manuscripts, letters and books, reflecting Rong’s academic achievements and his contribution to the country. “Rong built a reputation amid academic circles for his in-depth studies, connoisseurship of ancient art and patriotism,” said Guo Xuelei, deputy director of the Shenzhen Museum. 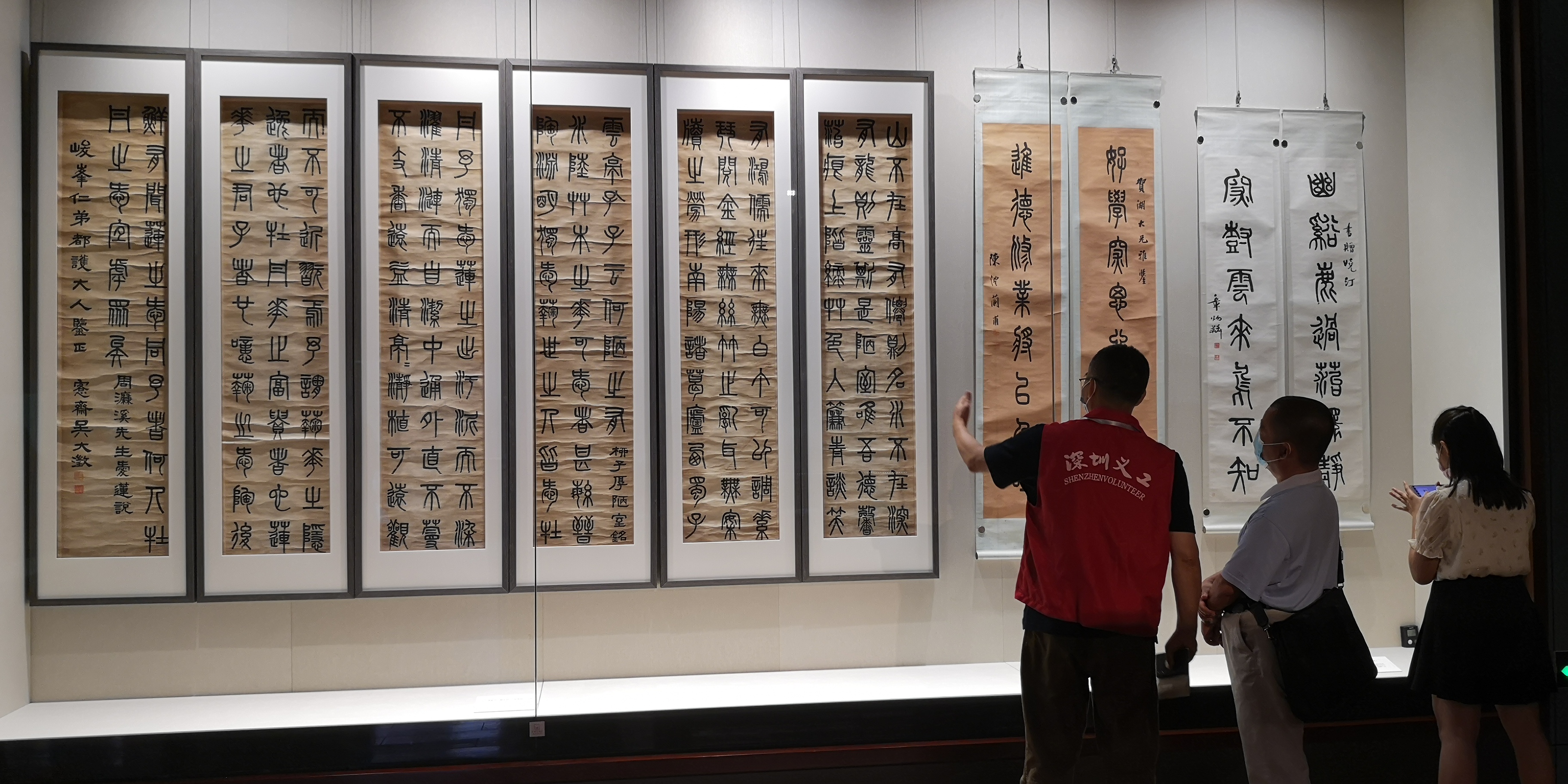 Born into a well-off family in Dongguan, Guangdong Province, Rong began to study paleography and epigraphy at age 15 with his uncle in Guangzhou. In 1916, he co-wrote a book on bronzeware inscriptions with his brother. The book, which was published in 1925, was acclaimed by paleography scholar Luo Zhenyu who later recommended Rong to study in Peking University.

In 1935 and 1959, the book was revised twice and more bronzeware inscriptions from various dynasties were added. To this day, it remains a must-read for paleography researchers and bronzeware collectors.

After graduation, Rong taught at Yenching University in Beijing, worked as a relic connoisseur in Beijing and edited several antique catalogs. In 1941, his book “A General Examination on Bronzewares of the Shang and Zhou Dynasties” represented a milestone for China’s traditional epigraphy research that progressed into modern archaeology research. 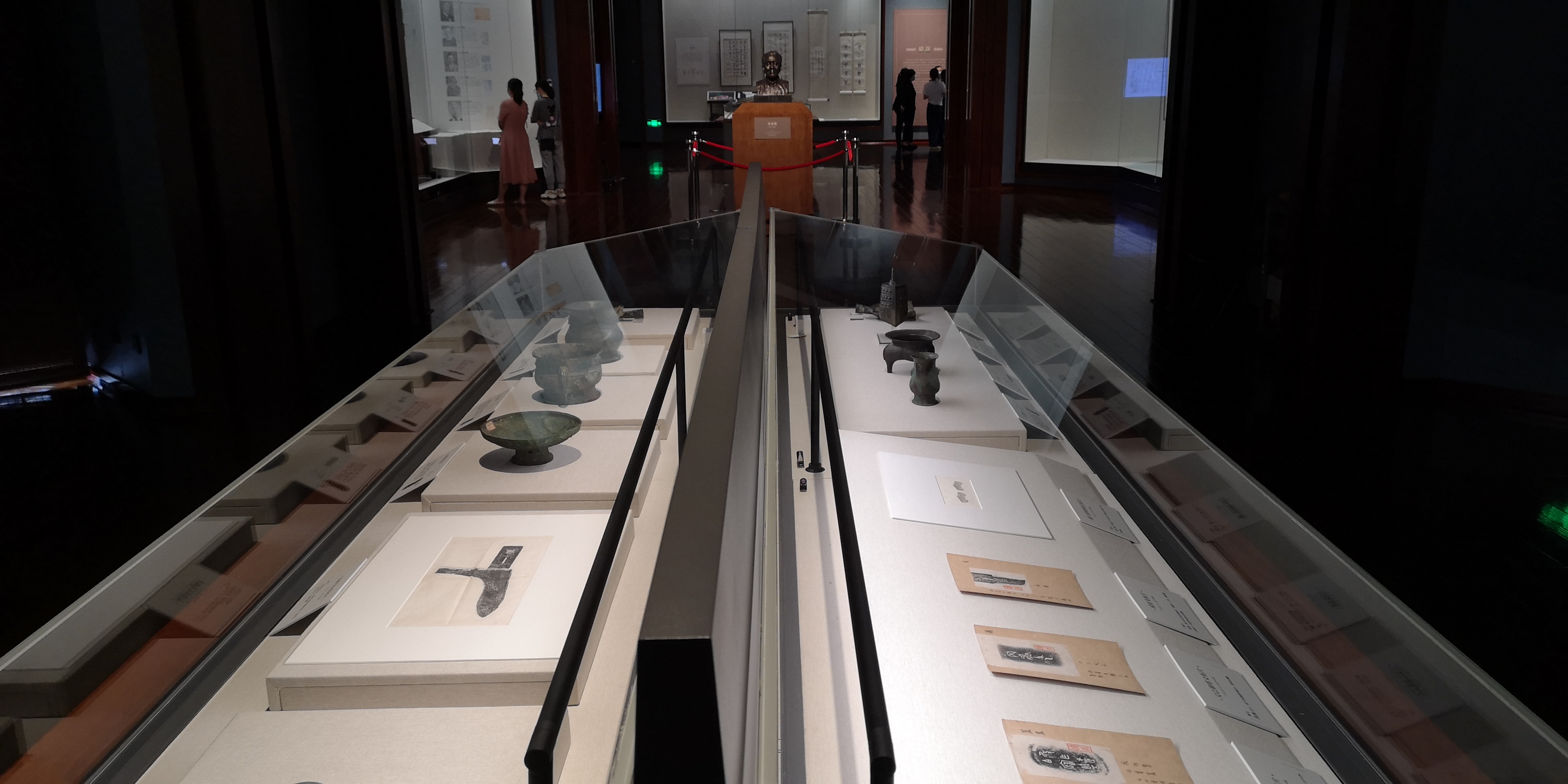 Bronze items and rubbings on display.

In 1946, Rong moved back to Guangdong and served as dean of the Chinese Department of Lingnan University and professor of Sun Yat-sen University. He continued his research in painting and calligraphy and had trained generations of professionals in paleography, history and archaeology. His books are widely acknowledged among scholars and remain important references for researchers.

“My father was neither a capitalist nor cashed in through speculation and profiteering. He purchased the treasures by saving on daily goods,” said Rong Pu, Rong Geng’s daughter, at the exhibition opening in Shenzhen on Friday. “Every month, he split his salary in half for raising our family and buying antiques. Although we tightened belts in daily lives, my siblings and I all received education in universities.”

At the exhibition, visitors can admire the bronze Luan Shu Fou Jar inlaid with gold characters. It dates back at least 2,500 years and Luan Shu is believed to be the name of a senior court official at the time it was made. The jar is now in the collection of the National Museum of China in Beijing. Several calligraphic works in the early 20th century show the Chinese characters were written in the bronzeware script-style to incorporate classic and elegant beauty.