FOR many young people, what Shenzhen was like in the previous century seems untouchable, but now they have a chance to join in an interesting and informative trip through time and space by following the narration by veteran journalist Gu Xiaojin.

Gu has worked in the Shenzhen media scene for more than 25 years. In 2010, he retired from the position of editor-in-chief at Shenzhen Daily and took on the role of a teaching professor and doctoral supervisor at the School of Media and Communication of Shenzhen University.

Gu’s recently published book, “Memories of Shenzhen,” takes a reflective look at the significant events that took place in Shenzhen in the 1990s. These events are probably among those most Shenzhen people haven’t cared about or have long forgotten, but with his unique and keen sense of journalism, Gu recorded the stories happening behind the news of that era.

Gu Xiaojin interacts with the audience at a book-sharing event. Photos by Liu Xudong

At a sharing event held at Biblio at Upper Hills in Futian District last Saturday, Gu selected 10 stories from the book to share with his audience.

Talking about the reasons for writing this book, Gu explained that one of them is because Shenzhen has witnessed a huge increase in the permanent resident population from the end of the 1990s, so most of the residents are not familiar with what happened in the city before that era.

Gu said writing the book has been on his to-do list for many years. “Except for the time reason, I needed to do more interviews and background researches to make this book more substantial to read.”

In the selection of 25 stories, the book presents them in four sections according to the themes “Forging Ahead,” “Development,” “Society” and “Events,” including the file photos of the reports from newspapers. “I think these events are, firstly, interesting; secondly, they are what I have personally experienced; and thirdly, they are of great significance to the development of Shenzhen,” Gu said.

Most of the selected reports on the book were written by Gu. He started working at Shenzhen Special Zone Daily in the 1990s and though officially a copy editor rather than a reporter, he was interested in what was happening in the city and wrote reports for the newspaper. 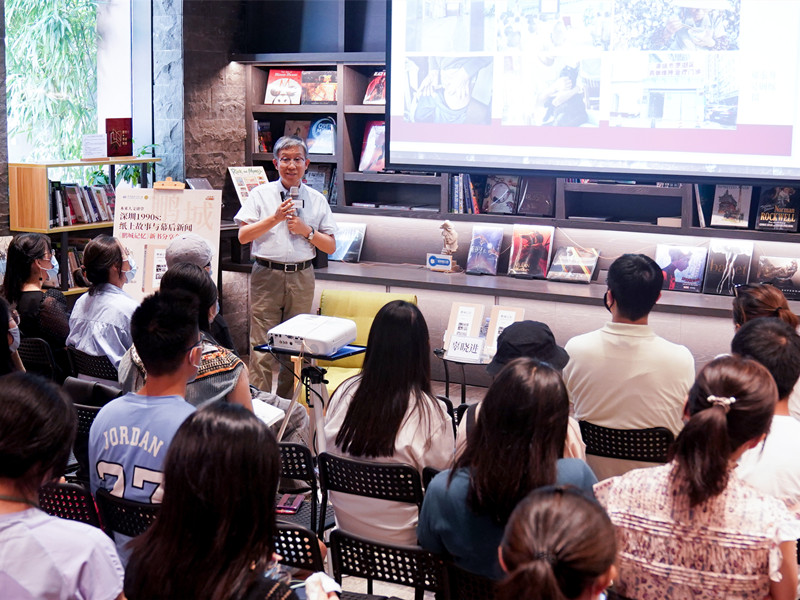 Gu mentioned that he always believes that the 1990s was a very critical decade for the development of Shenzhen. “Now Shenzhen has a healthy economic environment, substantial revenue and a scientific industrial structure. These are all related to the developments of the 1990s.

“The foundation of the city’s technology industry was formed in the 1990s, and the current big-name high-tech enterprises set a solid starting point in that era. So I always felt that we should document the stories of the 1990s.”

Gu said that during these years, although some major events have frequently been reviewed in mainstream media, such as the first auction in the city and the exploitation in Shekou, there are many overlooked details, vivid stories and events that played a very significant role in the development of Shenzhen. “These are the things that are easily neglected but have an impact on today and are part of our city’s memory,” he added.

As a teacher, he also holds the opinion that the students who study journalism will also get some enlightenment from this book: how they can find, get access to and cover such seemingly unnoticed news.

Among the audience, in addition to his students, were several Gu’s former colleagues, whose pertinent speeches showed the spirit and steadfast pursuit of journalistic ideals of the former generation of journalists.

Dan Ping, who used to work with Shenzhen Special Zone Daily, speaks at the sharing event.

“We are all old now, but Gu is still on the frontline of journalism. We really admire him for daring to tell the truths in reporting,” nearly 80-year-old Dan Ping, who used to work with Shenzhen Special Zone Daily, said emotionally.