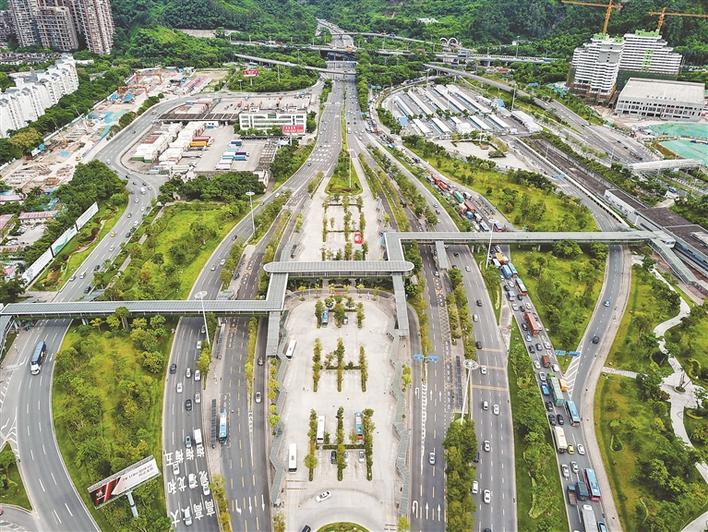 Massive upgrading will be conducted to turn the Meilin Checkpoint area into Longhua District’s gateway, according to a draft plan waiting for district government approval.

According to the draft plan, the upgrade will tap the potential of 70 hectares of land through renovations in South China Logistics Park and Hengling Urban Village, and the relocation of Shenzhen Second Compulsory Detoxification Unit and Police Dog Training Base. After the two units’ relocation, the district will set up Shenzhen-Hong Kong Science and Technology Transfer Base, Hong Kong Universities Laboratories, Shenzhen-Hong Kong E-hub and other service platforms to satisfy the needs of talents and enterprises.

Taking resource advantages in Da’naoke Mountain, the district will also plan a country park and will establish an exhibition hall marking Shenzhen Special Economic Zone’s (SEZ) integration, reform and opening-up achievements at the peak. The park will be a scenic landmark showcasing Longhua’s image.

This will be the largest upgrade in the area since Meilin Checkpoint began operation in 1996. In 2010, the Central Government approved the special economic zone’s expansion to cover the whole city of Shenzhen. In 2015, vehicle inspection lanes, inspection buildings and Meiguan Tollgate were dismantled due to the expansion of the SEZ.

During the Longhua District Committee of the CPPCC’s annual session this year, Wu Lianxi and 11 other political advisers put forward a plan to build the Meilin Checkpoint area into a gateway. This proposal has been listed as Longhua CPC committee’s key topic of the year.

Meilin Checkpoint area will now be Longhua’s new center, which will connect with Shenzhen North Station area in the future. In addition, Meilin Checkpoint’s History Museum will be set up within the vicinity.