A couple of blue-throated bee-eaters (Merops viridis), which dubbed “the most beautiful bird in China,” have been spotted around the Huanggang Park and Futian Mangrove Ecological Park areas in Futian District since Sept. 22.

The species also visited Futian Mangrove Ecological Park on Sept. 20, 2020 and stayed in the park for about a month. 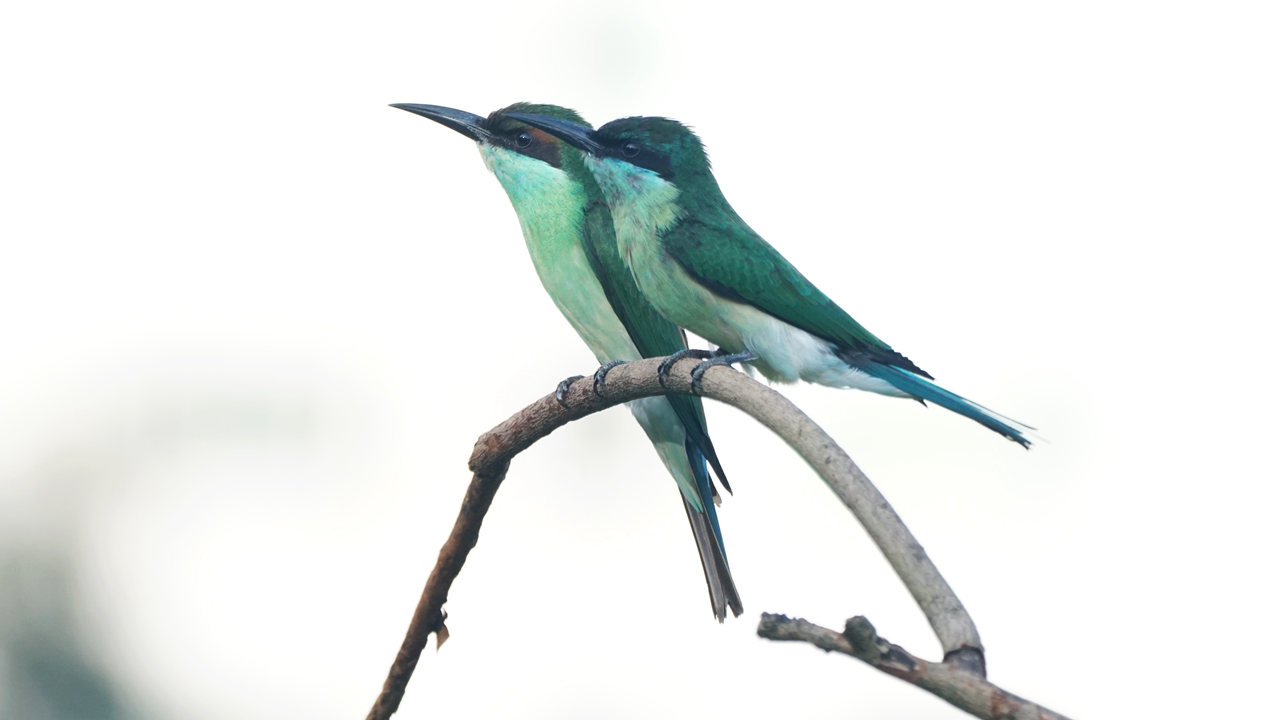 Both birds are juveniles and are seen catching insects including bees, wasps, dragonflies and butterflies adeptly and even mating for several times.

As a large number of citizens have been attracted to Huanggang Park to take photos of the birds during the National Day holiday, the management office of the park has arranged more security guards to patrol the area where the birds are spotted and set up a sign to remind the birders not to bait the bird through whistling or playing recorded birdsongs. 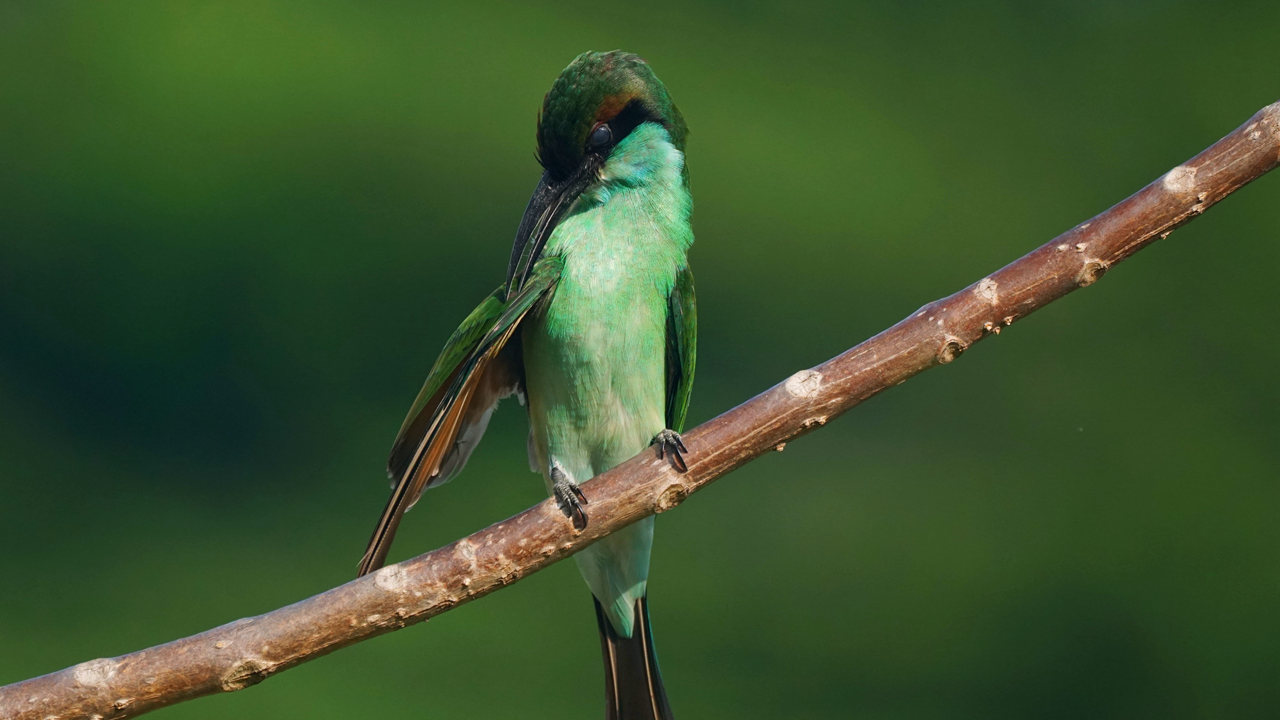 The blue-throated bee-eater is a species of bird from the bee-eater family. They are found throughout East and Southeast Asia in subtropical or tropical mangrove forests. Their diet consists mostly of bees, wasps and dragonflies. Adult blue-throated bee-eaters are characterized by colorful plumage consisting of a red nape, dark green wings, light green breast, and signature blue throat. The species is also a second-class protected animal in China. 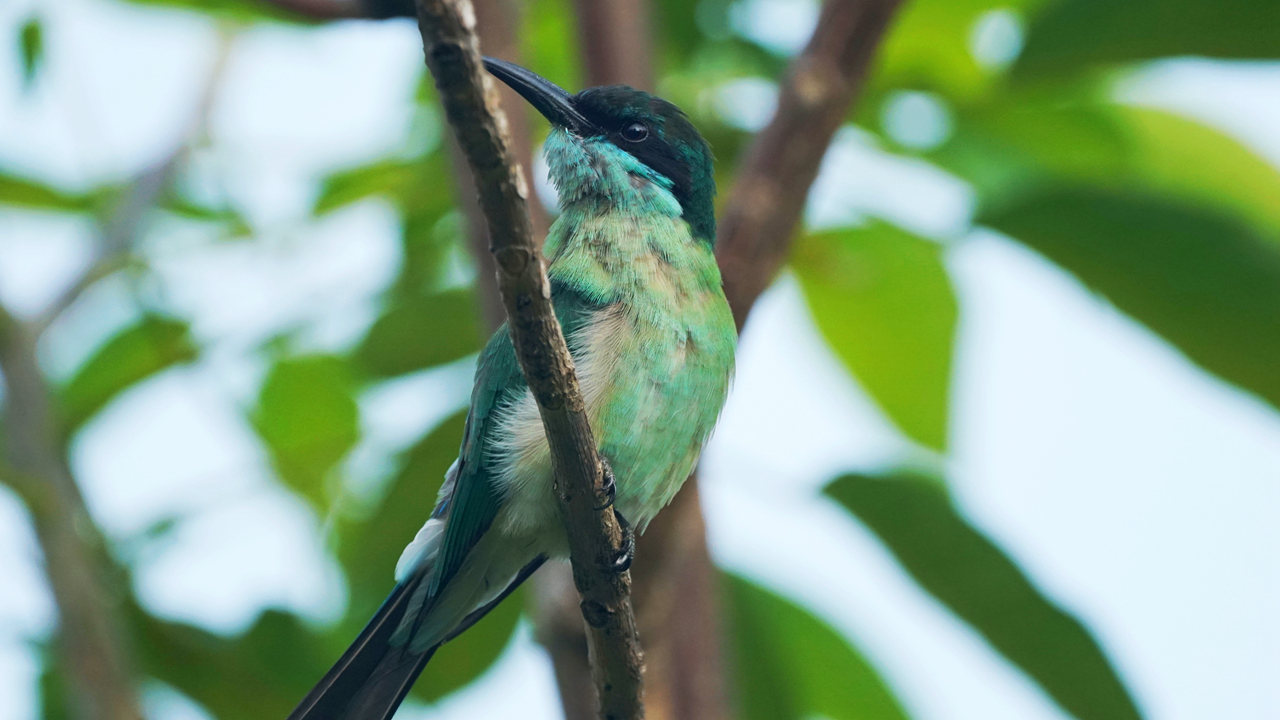