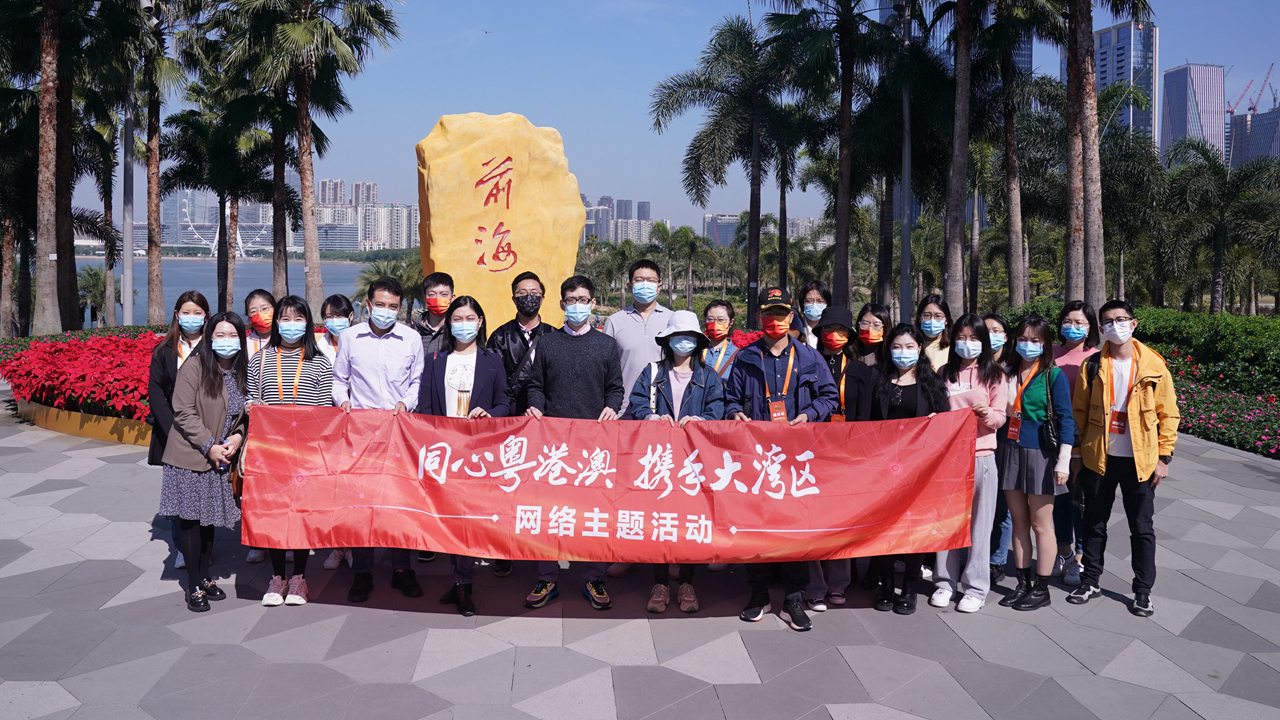 After attending the 2021 China Internet Media Forum in Guangzhou, more than 20 journalists from across the country took a two-day tour to Qianhai in Shenzhen, which was themed “Jointly Building the Greater Bay Area” that ended yesterday, checking out the latest development of the modern service industry cooperation zone.

To wrap up the tour, they visited Nantou Ancient Town in Nanshan District yesterday afternoon. The town is an important place that holds important historical origins of Shenzhen, Hong Kong and Macao.

The tour deeply impressed the journalists. Liu Yu from CCTV.com, the website of national broadcaster China Central Television (CCTV), told Shenzhen Daily that after their first stop in Guangzhou, they were split into two groups, and she immediately chose the group headed for Shenzhen.

“I came to work in Shenzhen when I just graduated, so I have a personal attachment to this city and wanted to come to see its development as a journalist. At Qianhai International Convention Center, I learned about the changes and achievements Shenzhen has made over the past 40 years and felt deeply impressed. Shenzhen is really taking the lead countrywide in terms of economic development. Now, with Qianhai’s expansion, we look forward to recording more excellent future development here,” Liu said Saturday.

Feng Dandan from dayoo.com, the website of Guangzhou Daily, who visited the area around Qianhai with her parents when she was a child, was awed by the area’s tremendous changes today.

“We visited Qianhai International Convention Center and Qianhai Stone Park this morning. Qianhai has developed rapidly and the changes it has made really impressed me. In the past, there was no such well-planned urban landscape. Now I can see many citizens come here with their families. It’s nice to live in Shenzhen,” Feng said Saturday.

Wang Tianyue from workercn.cn, the website of national newspaper Workers Daily, was most impressed with the visit to Laihua and an exchange session with Hong Kong youths held at the company. She was also impressed with Qianhai Stone Park, which is a well-known tourist site.

Laihua is a leading creative platform for presentation and animation video creation in China that was set up in Qianhai in 2015.

It’s the first unicorn company in Qianhai. The valuation of the company exceeds 7 billion yuan (US$1.09 billion).