Spoonbills are very large birds (60-80 cms) with a beak (also called bill) like a spoon, hence the “spoonbill” in its name. This beautiful bird is a migratory bird that you may see in Shenzhen only during wintertime, and it’s also an endangered species. To spot this bird is really a once in a lifetime opportunity. If you are lucky enough to see this bird, you may see him sweeping their beaks from side to side to feed, a very unique method of detecting their prey.

This colorful bird gets its name because of their meal, which consist mainly in fishes and to catch those, it uses its long beak. This fast and small bird (16 cms length) usually flights low over the water watching for its prey until its gets to the next branch. It inhabits near streams, rivers, and lakes. The presence of this bird is usually a good indicator of clean freshwater. It eats around 60% of its body weight every day, so usually it’s a lonely bird and highly territorial. This beautiful, shy and small (10 cms) bird usually hides in the vegetation, making him really difficult to spot. The tailorbirds gets their name from the way they construct their nest, they pierce the edge of some leafs and sewn them together with plant fiber or spider silk to make a cradle in which the actual grass nest is built. They feed from insects and occasionally on nectar. They are usually found alone except on breeding season 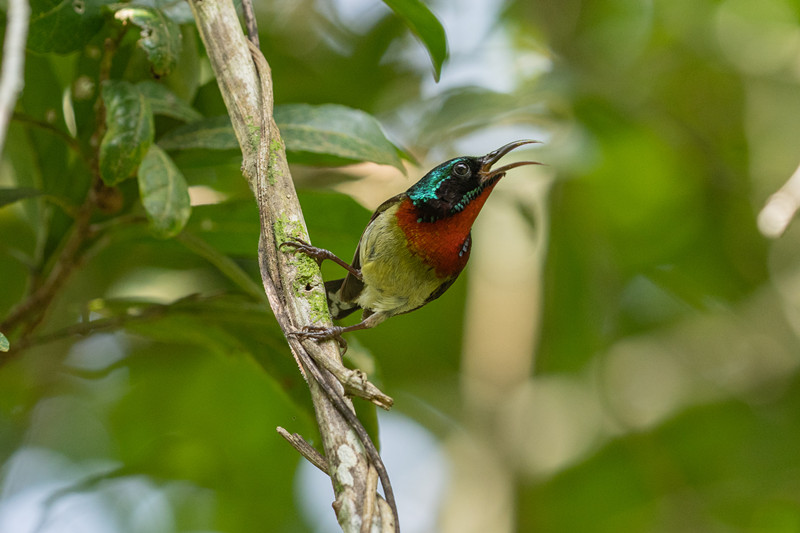 This small bird is a extremely rare sight. They usually live in forest and parks. This species is dimorphic, which means that the male (in the picture) heavily differentiates from the female. In this case only male possesses a forked tail and those beautiful colors. The female is of a duller color, greenish above, paler olive-yellow below. It can be found in China, Laos and Vietnam. With its curved bill it mainly feeds from the nectar in the flowers and small insects. 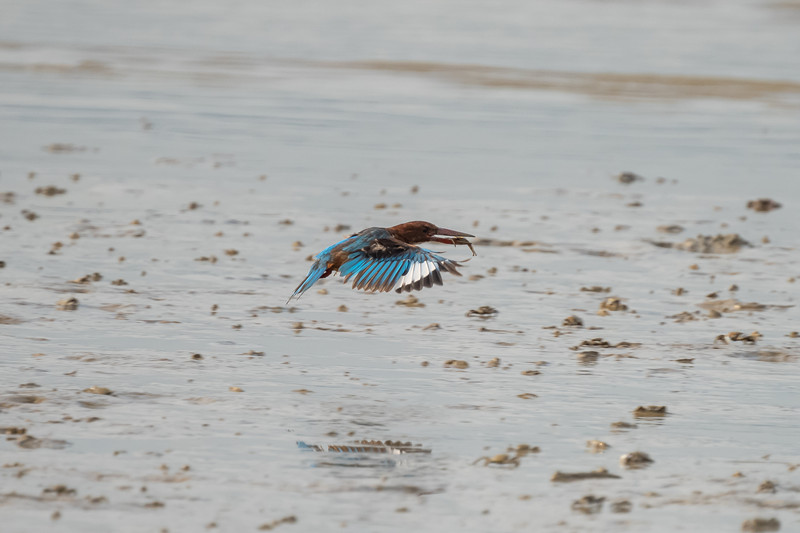 Not to be confused with the common kingfisher, this bird has a white breast, and its head and back ha chestnut color. It is also a large kingfisher, almost 30 cms in length, and its meals mainly consist in large crustaceans, insects, rodents, snakes, fishes and frogs. Occasionally can eat smaller birds (like the white eye)