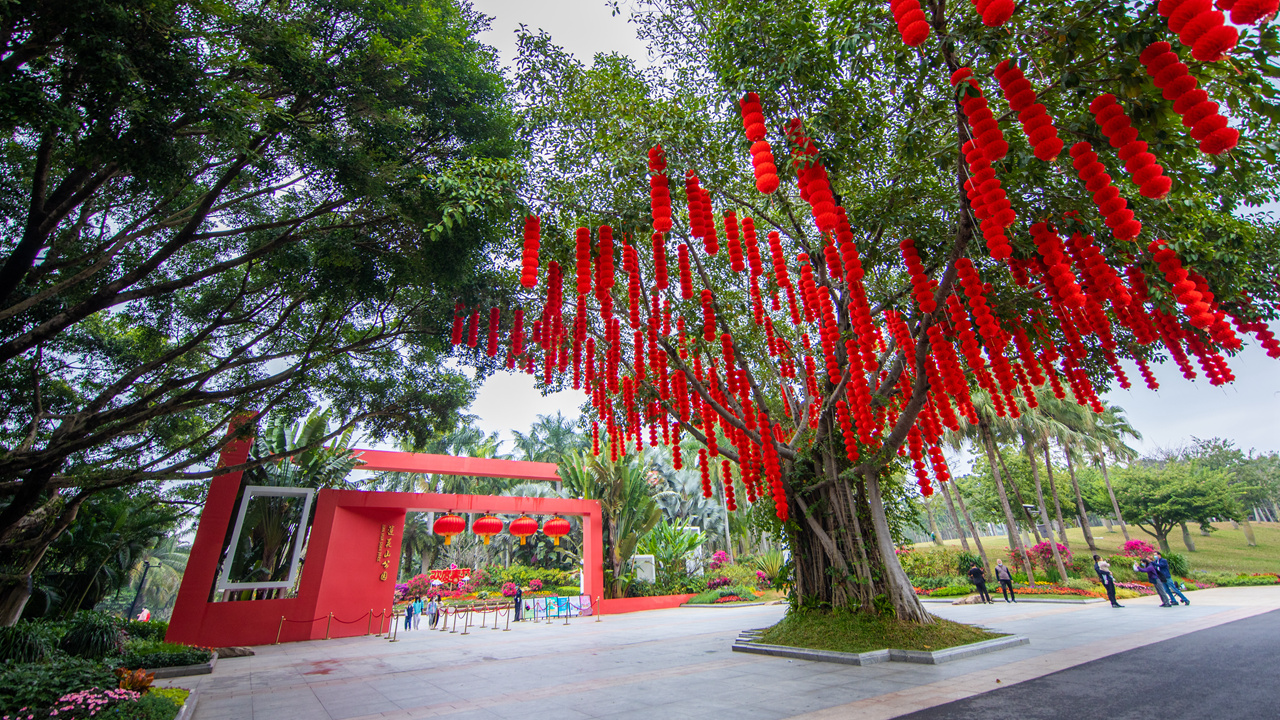 Shenzhen has been adorned with festival decorations such as red lanterns, national flags and various installations to ring in the upcoming Chinese New Year or Spring Festival, which falls on Tuesday.

Roughly 140,000 red lanterns were raised, dotting 432 roads across the city, and nearly 3,500 national flags were hung along 15 city roads, according to the city’s urban management authority.

Over 124,000 red lanterns of various sizes were also hung in parks across the city. In addition, there are 105 floral installations in the city’s parks, covering a total area of 43,000 square meters.

In addition, red flowers were planted on the green belt along Shennan Boulevard to add a more festive atmosphere.

Holiday-themed animations will be projected on the façades of some 20 commercial buildings in the city, including Kingkey 100, Ping An Financial Center and Shenzhen Bay No. 1, between 7 p.m. and 9 p.m. from Sunday to Feb. 6, the last day of the Spring Festival holiday, and on Feb. 15, the Lantern Festival.