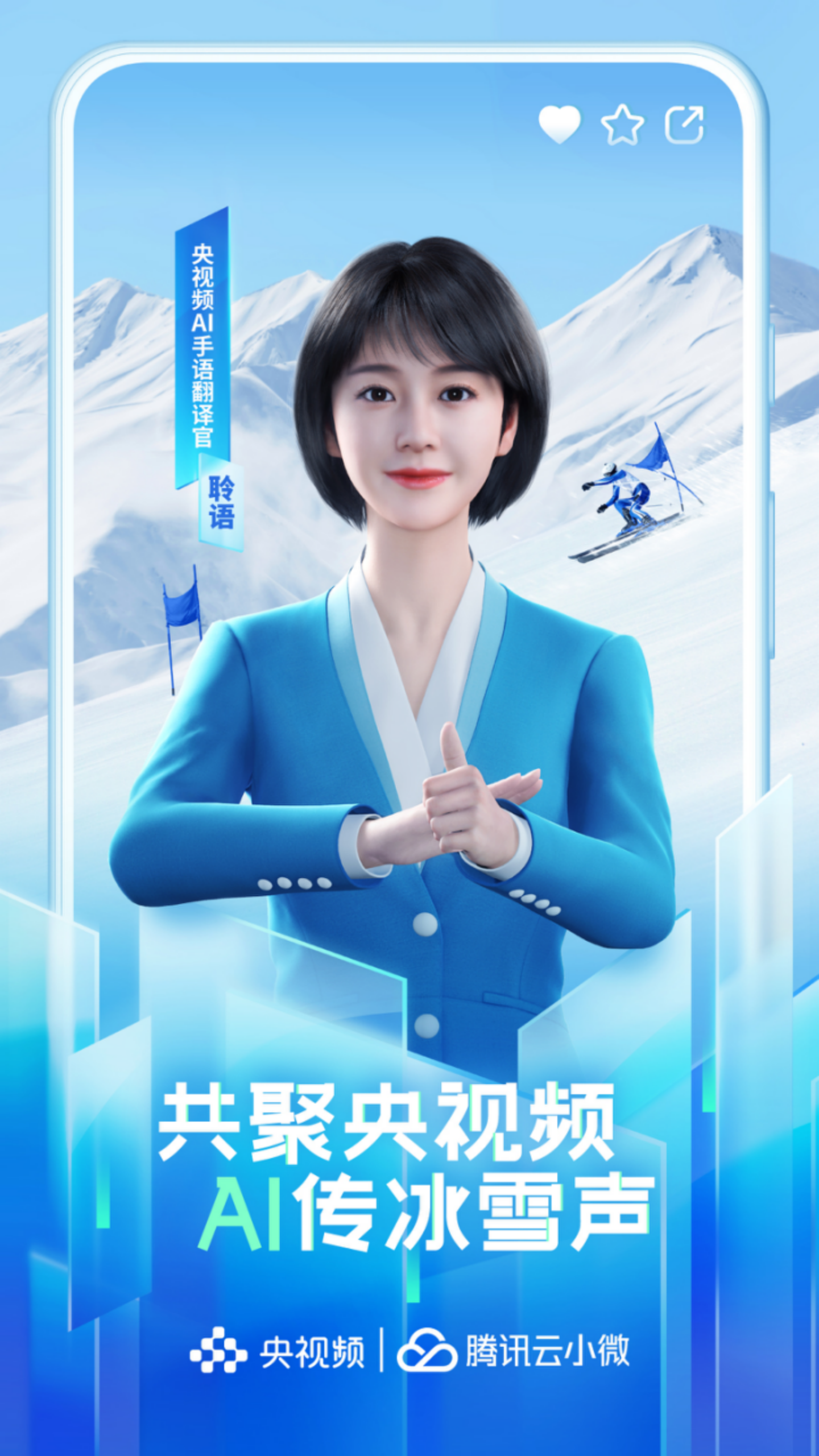 A poster of the AI sign language anchor developed by Tencent.

The AI host is able to recognize the human anchors’ facial expressions and mouth movements and transform the Chinese broadcast into sign language in particular word order.

Up to now, Ling Yu has been storing more than 1.6 million words and phrases, particularly sports-related vocabulary, with over 90 percent sign language intelligibility.

Ling Yu appears as a young woman with a friendly and natural disposition and keeps the approximately 27.8 million-strong Chinese hearing-impaired community informed on the latest updates on the Games.

In the future, the AI anchor is expected to be employed in more scenarios to overcome hearing barriers with technology, the Daily report said.