Without Shenzhen enterprises’ scientific and technological contributions, this successful ring presentation would not be possible, Shenzhen Special Zone Daily reported. 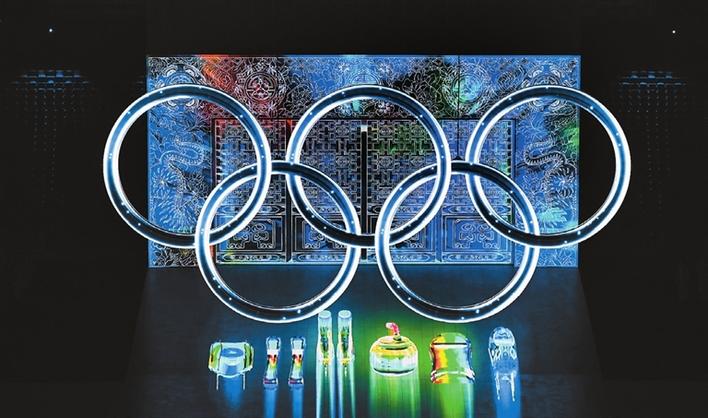 Wu Quanguang, the project manager, said that the company completed an elaborate ring design after taking on the project. The rings’ interior was made up of a full-angle LED ring screen that could display any image and gave the opening ceremony director’s team the most creative space possible.

According to Wu, the outermost plate was prepared for the display screen to ensure a clear and soft visual effect.

Aside from light transmission, the rings’ overall weight had to be kept under 3 tons, which presented the design team with a significant challenge. According to Liu, the developers ensured that the rings were lightweight and strong enough to withstand strong wind, with reference to the space rocket’s structural design.

Spectators can find their seats by entering their seat numbers in the National Indoor Stadium’s official WeChat account “guojiatiyuguan-nis” and find the quickest route with the assistance of augmented reality (AR) navigation. The entire process does not need manual guidance.

The seats have built-in low-power chips with several years’ lifespan, according to Zhang Feng, the company’s deputy general manager. The navigation’s point position can be accurately controlled, and even the about 1-meter-wide aisle can be precisely located, thanks to the chips.