Shenzhen is making full use of its checkpoints to build the Shenzhen-Hong Kong checkpoint economic belt as well as key platforms to advance cooperation between Shenzhen and Hong Kong. 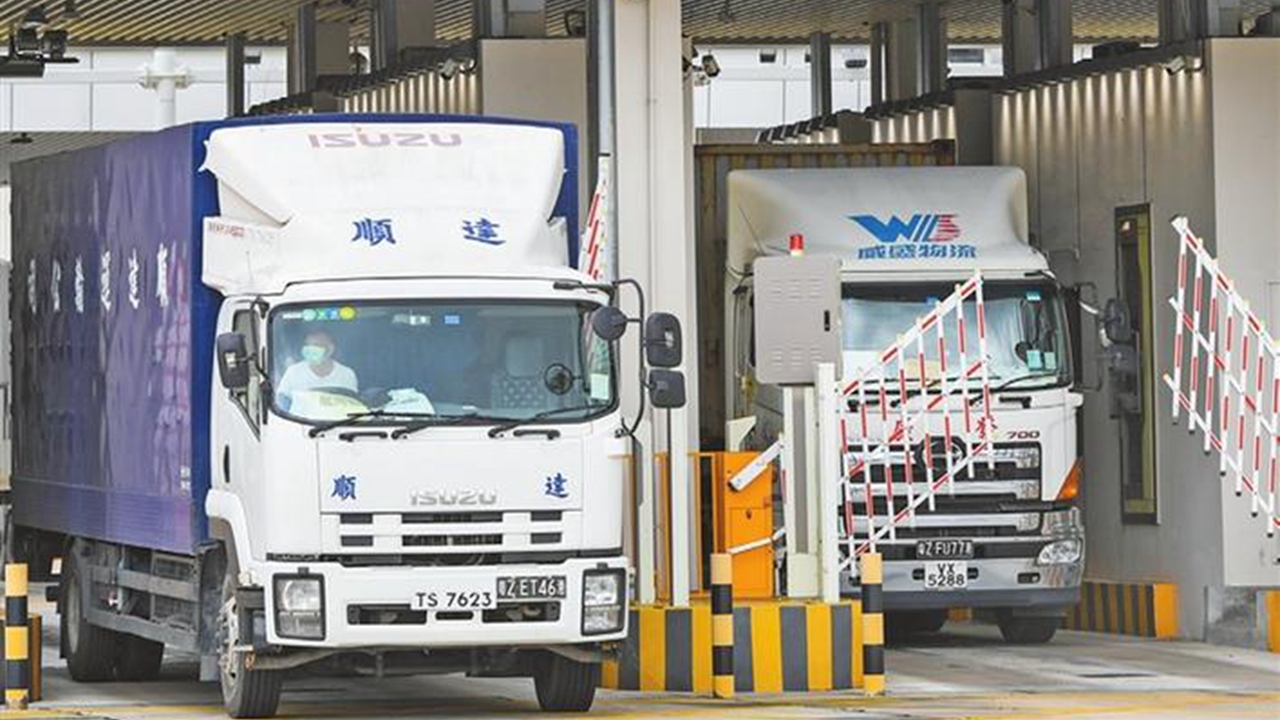 Hong Kong truck drivers pass through the Liantang checkpoint in Shenzhen in this file photo. Shenzhen is making full use of its checkpoints to build the Shenzhen-Hong Kong checkpoint economic belt as well as key platforms to advance cooperation between the two cities. Xinhua

After the reconstruction project, the border-crossing time will be reduced and the Luohu Checkpoint will be connected to the Ganzhou-Shenzhen High-speed Railway as well as Hong Kong's East Rail Line's northward extension to facilitate commuting services between the two cities, according to a plan released by the Luohu District Transport Bureau.

The Luohu Checkpoint was one of Shenzhen’s only two land checkpoints before China launched its reform and opening up. The checkpoint building was officially put into use in 1986 and it had been the city's busiest checkpoint with the most traffic between Shenzhen and Hong Kong before the COVID-19 outbreak.

Chan Yun-fu, a Hong Kong entrepreneur in Qianhai, observed that rebuilding and upgrading the Luohu Checkpoint will help form closer cooperation between Hong Kong and the mainland, adding that the connection with the mainland's railway network is also a significant step for Hong Kong’s integration into the country's transport system.

The Legislative Council of the Hong Kong Special Administrative Region passed a member’s motion in May last year, urging to drive the development of Hong Kong New Territories North with checkpoint economy.

Luohu also showed a strong willingness in its government work report this year to connect the new metropolis in Hong Kong’s northern area via the construction of the Shenzhen-Hong Kong checkpoint economic belt Luohu pilot area.

The Luohu pilot area extends from the Shenzhen River in the south, the Shennan East and the Luosha roads in the north, the Hongling South Road in the west and the Liantang Checkpoint area in the east, with an area of about 9.5 square kilometers.

Luohu is home to some 6,400 Hong Kong-invested enterprises and businesses, including 2,047 located in the Luohu Checkpoint area.

Luohu is trying its best to build the checkpoint economic belt, promote the connectivity of Shenzhen and Hong Kong in facilities, rules, people-to-people exchanges and industries, and support Hong Kong’s integration into the country’s overall development.

The district also plans to build an international consumption hub and create a coordinated development zone for advanced manufacturing and promote the development of biomedicine, new-generation information technology and the digital economy, Xia Dong, deputy head of the Luohu district government, said during an industrial investment promotion activity held at the end of last year.