When you are visiting Shenzhen Bay, getting wowed by myriad of birds flying and foraging around, you may pity yourself for knowing neither their names nor habits and end up referring to them as sparrows, ducks and seagulls. What can you do? 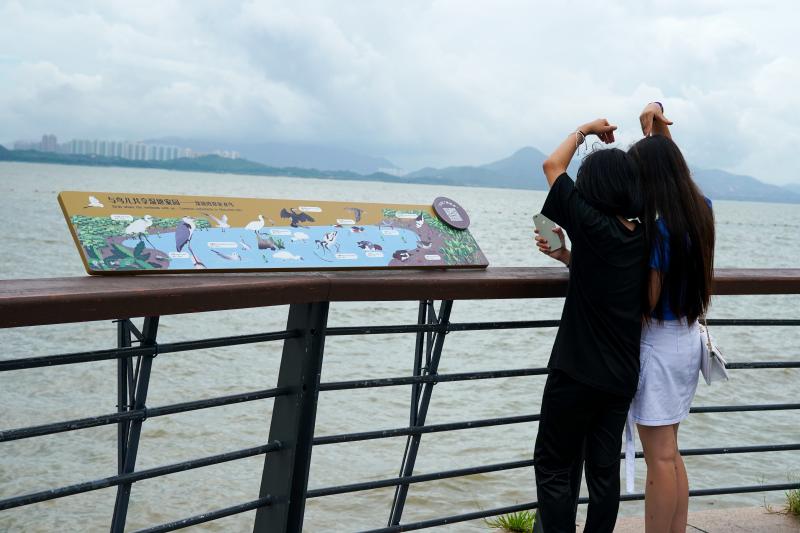 Thankfully, now whenever you want, you can learn the birds’ names and what they eat just on spot. Since last summer, on a viewing platform at Shenzhen Bay Park, several bilingual interpretation boards have been installed, elaborating on commonly-seen bird species in Shenzhen and how they forage. Information is also provided regarding the ebb and flow of tides, inter-tidal animals such as mudskippers, flyways of bird migration, protection of the endangered black-faced spoonbills and other pop-science knowledge. The boards attract not only nature fans but also ordinary citizens to stop by and grab a bite of ornithology knowhow.

The project was jointly initiated by the Shenzhen Park Service Center and the Shenzhen Mangrove Wetlands Conservation Foundation (MCF) and designed by Sizzle Design, a local design studio established in 2016 by Li Yue and Wang Wenhua.

Wang and Li, even though neither majored in design, managed to find their niche in Shenzhen, a UNESCO “City of Design” that boasts a fair market and values talents. Thanks to that, the duo’s flair for design has been recognized by renowned local nonprofit organizations such as MCF. 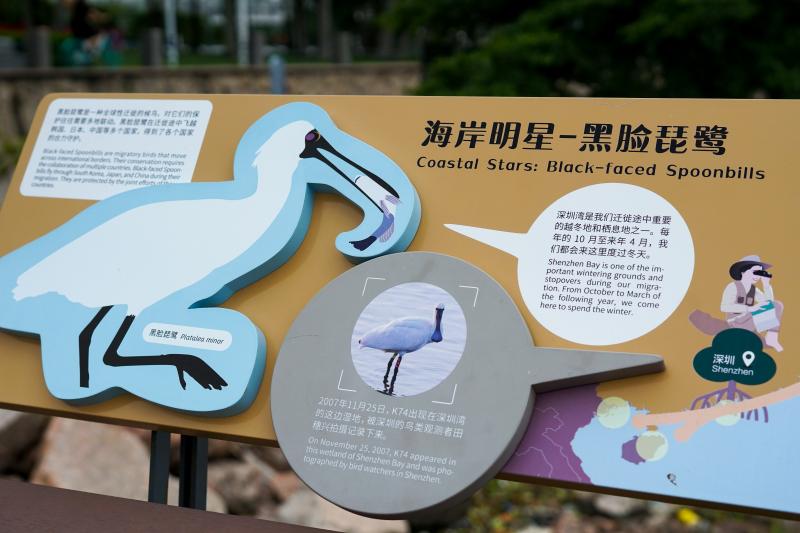 An interpretation board designed by Sizzle Design introduces black-faced spoonbills.

“In 2018, we gave away some Chinese zodiac-themed red packets we designed to our clients and managed to get in touch with the foundation,” Li said. “And nonprofit organizations are basically one of the major sources of our clients.”

In 2020, the studio collaborated with MCF for the first time to design promotion materials for an event to mark the World Migratory Bird Day, which at that time fell on Oct. 10. They designed a set of folios depicting bird species and their habitats at the four major coastal wintering grounds for migratory birds in China; Shenzhen Bay is one of them.

“After collaborating with MCF to make the folios, they asked us if we can design the birdwatching interpretation boards at Shenzhen Bay Park,” said Li. “At first, staffers with MCF gave us an outline covering key knowledge points of the boards such as bird migration, tide, mangroves and more. Then we started designing accordingly.”

“The boards are set up to promote unmanned nature guide at Shenzhen Bay Park, so first and foremost, they need to be eye-catching enough to make people stop by and take a look,” he said. “Meanwhile, we needed to guarantee that all knowledge points displayed on the board are correct and precise.” 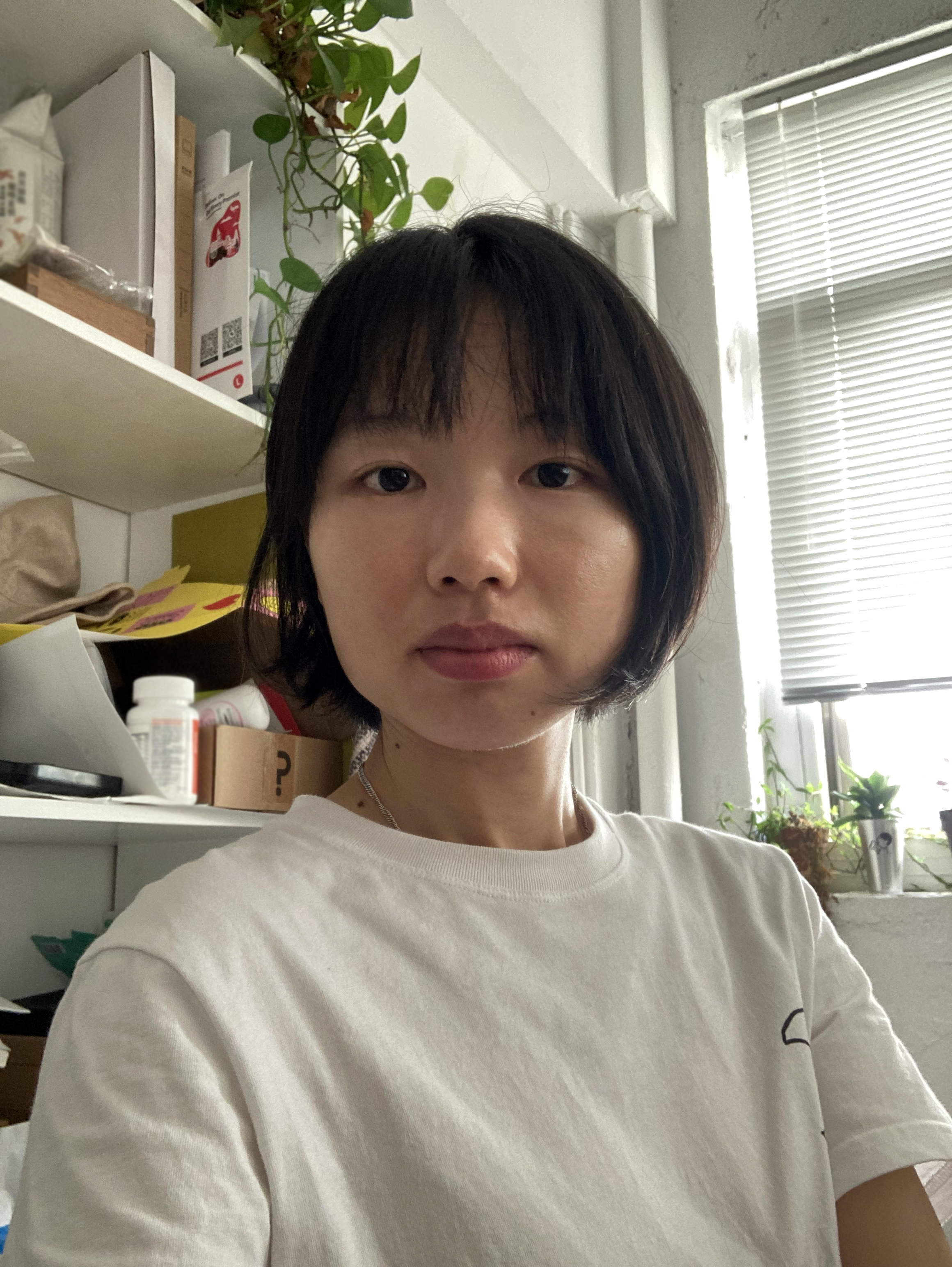 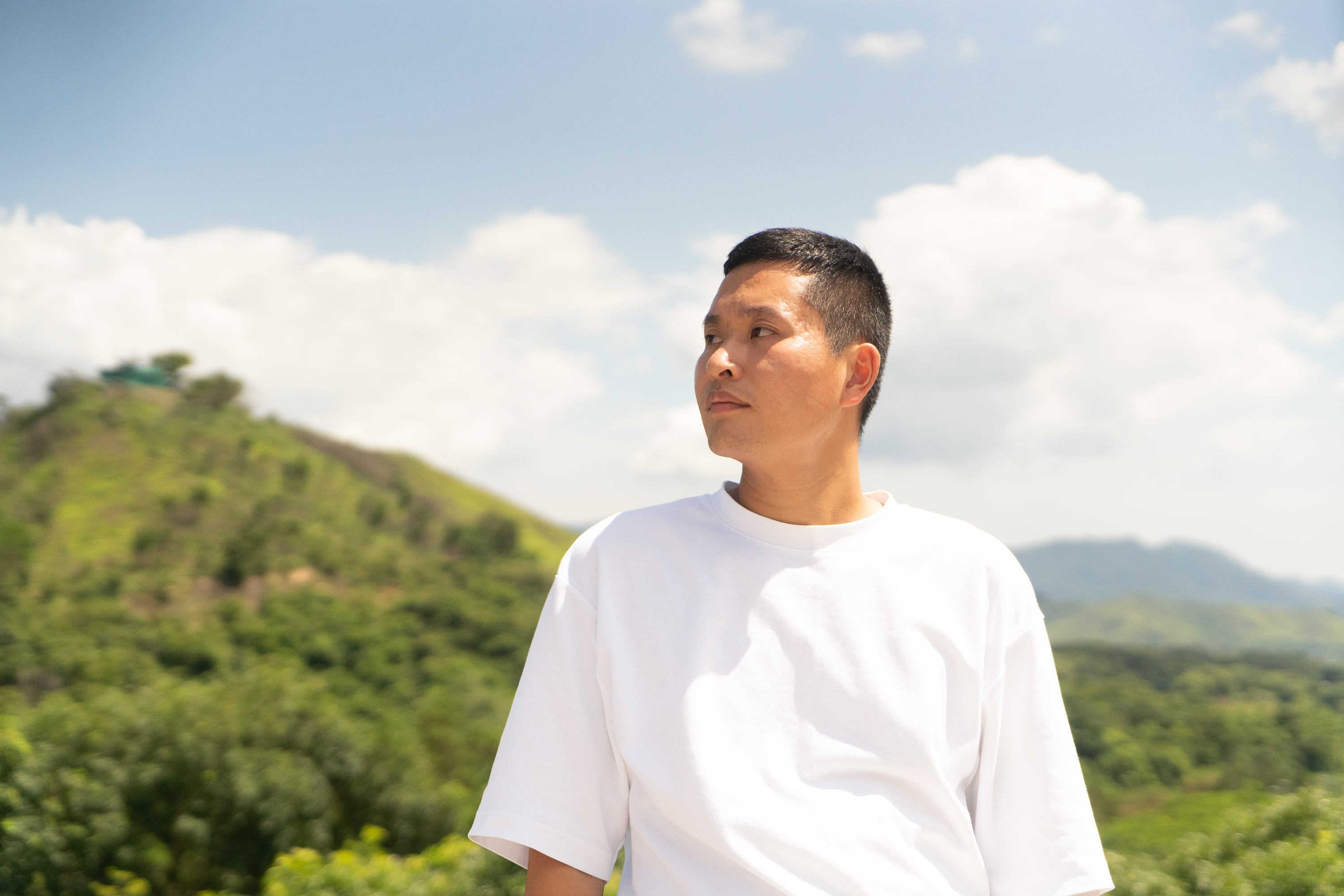 Li’s view is echoed by the project manager of the interpretation boards from MCF, who goes by her nickname “Ovaltine.” She concluded in an article published on the official account of the foundation last July that the design of the boards should be able to catch the citizens attention as soon as possible, like within three seconds.

However, minimalism never means simple, especially in the nature education field. “We spared no effort to ensure that characteristics of birds in the illustrations are correct, such as checking on the mainstream birdwatching website ‘eBird’ or some field guides,” she said. “Some birds, like the great and little egrets, are only different in body length and the colors of their beaks and feet. So we needed to be very careful about that.”

As the boards they designed were to be put up in public spaces such as parks, Li stated that they also needed to take into account the surrounding environment, maintenance costs and official regulations. 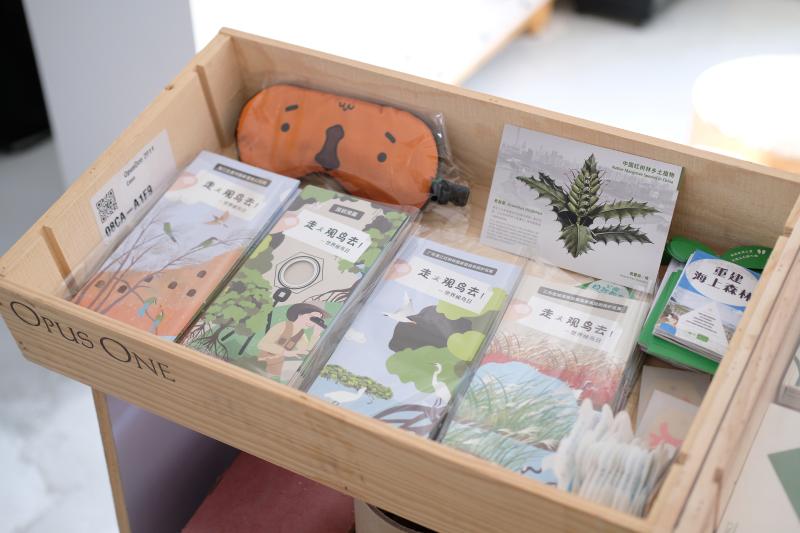 “At first, the boards we designed were more like interactive installations and the colors we used were brighter,” said Li. “Considering that they would be placed outdoor at a popular public park in Shenzhen, we ended up designing them as mere interpretation boards, which have better durability and lower maintenance costs. Also, the colors used in the final version are the less-saturated green, brown and more in order to be consistent with the surrounding environment of the location and the park’s visual language.”

Looking back to the design projects they have done, Li and Wang felt that intentions and expectations for design varied from client to client. The studio is also a longtime partner of Tencent, which has been designing festive gifts for employees of the company’s security platform department since 2019.

“MCF’s projects are more about displaying and conveying knowledge to the public rather than meeting the aesthetic requirements of a certain customer group,” said Wang. “And one thing we need to avoid is making mistake about the species, since our client focuses more on the correctness of the illustrations rather than the artistic presentation of the design.” 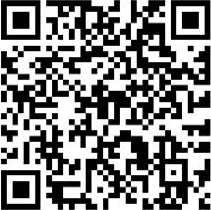 Scan the QR code to learn more about Li Yue, Wang Wenhua and their ideas in design.

The studio also cooperated with MCF to design the interpretative installations at the Shenzhen Bay Park Nature Education Center and interpretation boards at the Tiaozini Wetlands in Dongtai, East China’s Jiangsu Province; with the Shenzhen Green Fund Association to design two of the exhibition boards on local plant species at the nature education pathway of Bijia Hill Park in Futian District and with the Vanke Foundation to design exhibition boards for a local biodiversity photography exhibition at Dameisha Coastal Promenade in Yantian District.

According to Li, working with nonprofit organizations on nature education projects has to some extent helped him realize his childhood dream.

“I have been a nature lover since I was young,” he said. “Although now I am a designer, albeit seemingly irrelevant to nature, I am lucky enough to work on some relevant projects and get greatly motivated and inspired by my clients’ environmental protection causes.”