Volunteering 'not a well-thought-out decision'

Volunteering 'not a well-thought-out decision'.mp4

Wong Woon-li, a Malaysian expat also known as Joey, became very popular in Shenzhen's social media in March when she served as an international volunteer and used her language skills in Mandarin, Cantonese, Hokkien, Bahasa, English, German and French to help others take nucleic acid tests.

When Joey recalled the two weeks when she volunteered at Nanyuancun, then a designated control area in Nanshan District, she almost teared up and said, “I will never forget. One night during the 168 hours [of lockdown], I saw almost no one on the road, only medical workers, ambulances, police cars and security guards. I don’t want to see Shenzhen become like this again.” 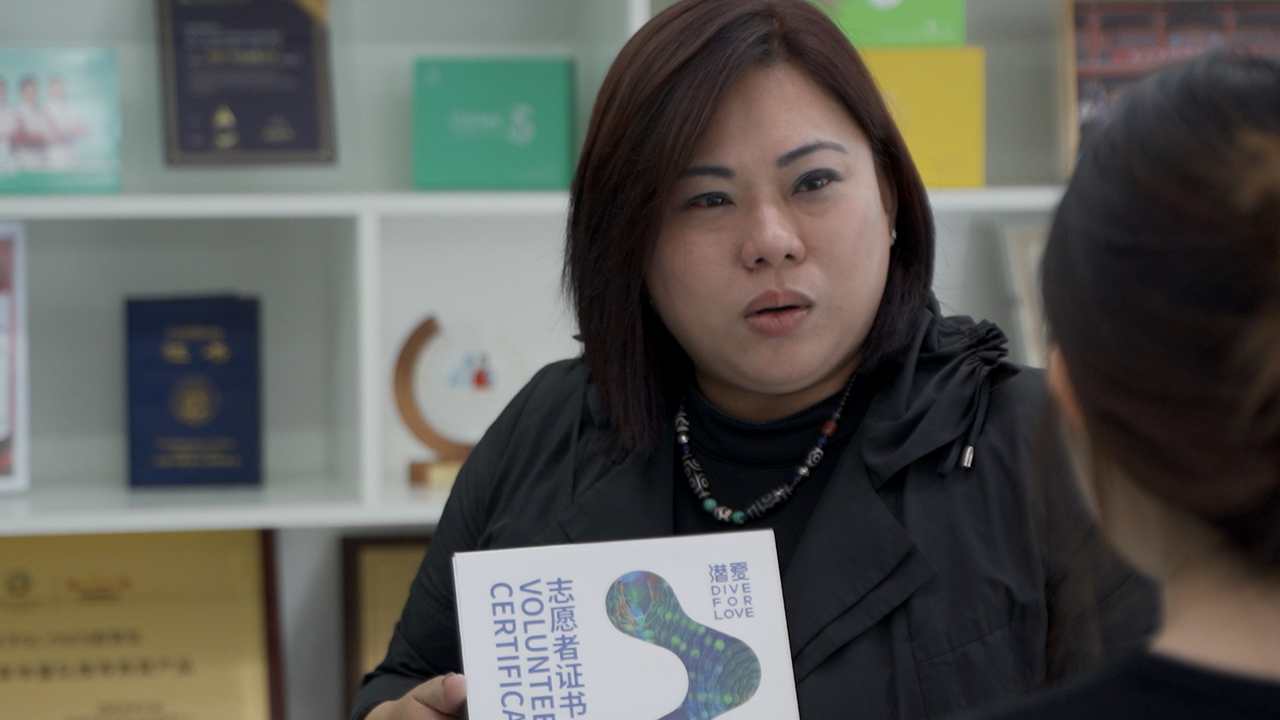 Wong Woon-Li shows some of her volunteer certificates. Photos by Lin Jianping unless stated otherwise

Joey said she worked three to four hours each day at Nanyuancun to help work out the residents’ white name lists. She also served at community COVID testing sites when the city fought hard against the pandemic.

Joey started volunteer work when she was young. “It’s like part of my life. Near the place where I lived in my hometown, there were orphanages and old-age homes. I often helped out there when I was young,” she said.

After arriving in Shenzhen, Joey thought her fluent spoken Mandarin would be an advantage in volunteering, especially when it comes to helping her fellow expats. She then joined the international volunteer team of Shekou Management and Service Center for Expats (Shekou MSCE).

During the lockdown this March, Joey was contacted by a Ukrainian mother named Oleksandra Shestakova. She and her son were in quarantine at that time since their building was designated as a lockdown area.

Shestakova doesn’t speak Chinese, so she told Joey her needs and hoped she could communicate her needs with community workers in her area. When Joey learned what Shestakova needed, she immediately contacted the community workstation in Xinzhou North Village and explained Shestakova’s situation. 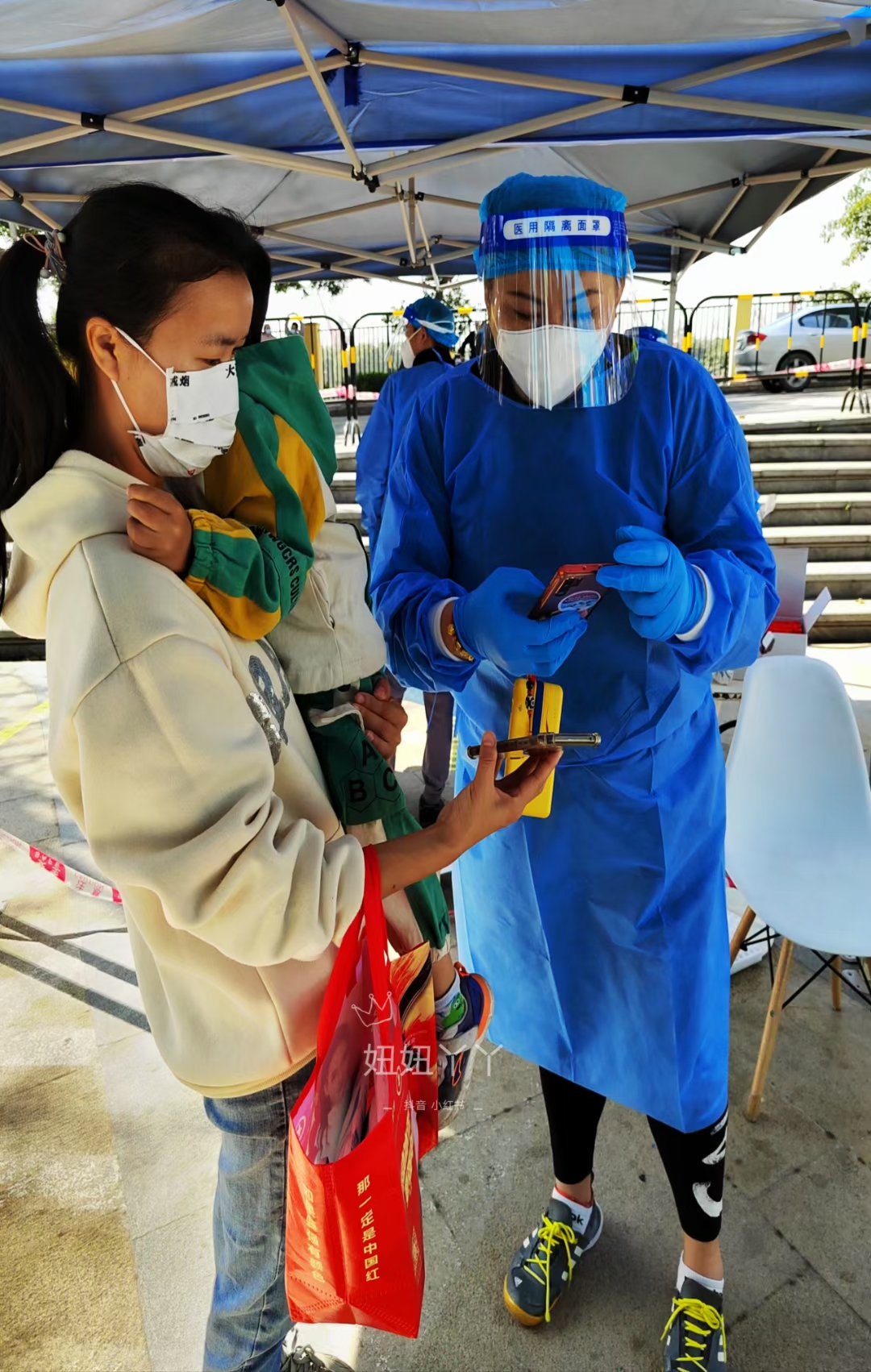 “Shenzhen Daily also helped a great deal in this case. The mother and son finally got food supplies and bottled water to their front door,” Joey said.

Joey also helped another mother who was not with her children during the lockdown. She helped the mother have her child’s medicine delivered from Shenzhen to Huizhou, where the children were staying. 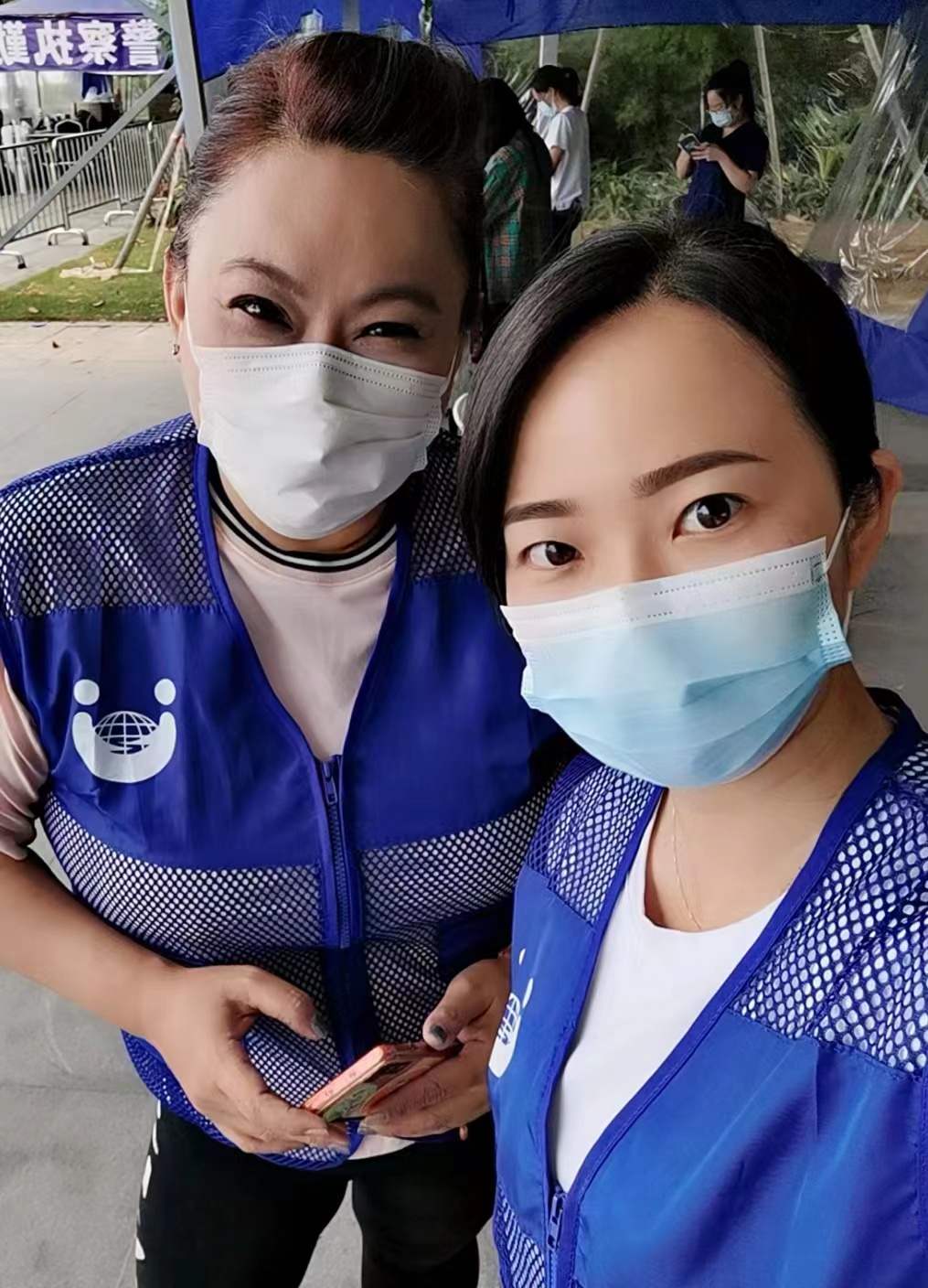 Wong Woon-li (L) poses for a photo with a fellow volunteer in this undated photo. Courtesy of the interviewee

In Joey’s eyes, every volunteer has their own challenges. “We confronted emergencies and have to resolve it calmly. We don’t know if we could finish the task. We also had question marks in our mind. Working on the frontline against the pandemic, we were more scared than anyone else, but we were at the same time braver than anyone else,” Joey said.

Joey’s empathy for volunteers made her keener on spreading positive energy and uplifting other volunteers as much as possible.

Han Dong, a volunteer who also served at Nanyuancun this March, said that Joey bought her a birthday cake on her birthday even though they hadn’t met in person. They were online friends prior to this.

“I didn’t realize it was my birthday. She bought me a very beautiful birthday cake. I was so touched. Later on, we worked on the frontline together. She is warmhearted and gave us lots of support,” Han said, adding that “to be honest, we were a bit nervous. After all, this was our first time [to serve at a COVID control area]. Joey comforted us all the time.” 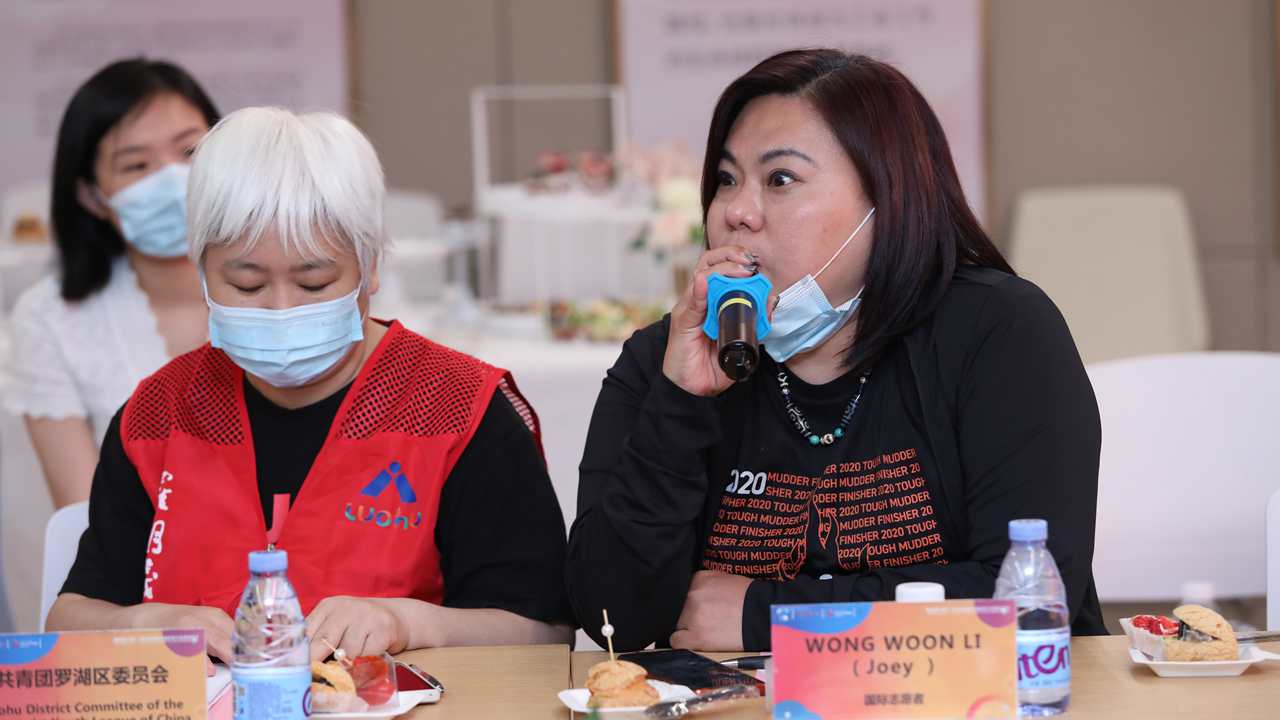 Wong Woon-li (R) speaks at a volunteer activity. Courtesy of the interviewee

Lei Yuping, another volunteer who got to know Joey while volunteering during the lockdown in March, has now become Joey’s work partner. Lei said she was inspired by Joey’s warm heart and brave personality.

Joey observed that Shenzhen is a fast-paced city. However, she wants to use love and selflessness to give the city more care and love.

In Joey’s office, two volunteer vests, one in red and the other in blue, are draped on her chair. Above the chair, a few volunteer certificates granted by communities and social organizations are displayed in a cabinet against the wall.

Joey said that she will volunteer whenever she is available and there is a need.