The robot dog, equipped with advanced technologies such as terrain recognition and robot visual positioning, can identify complex terrain in real time and create maps of the surface, the company said. 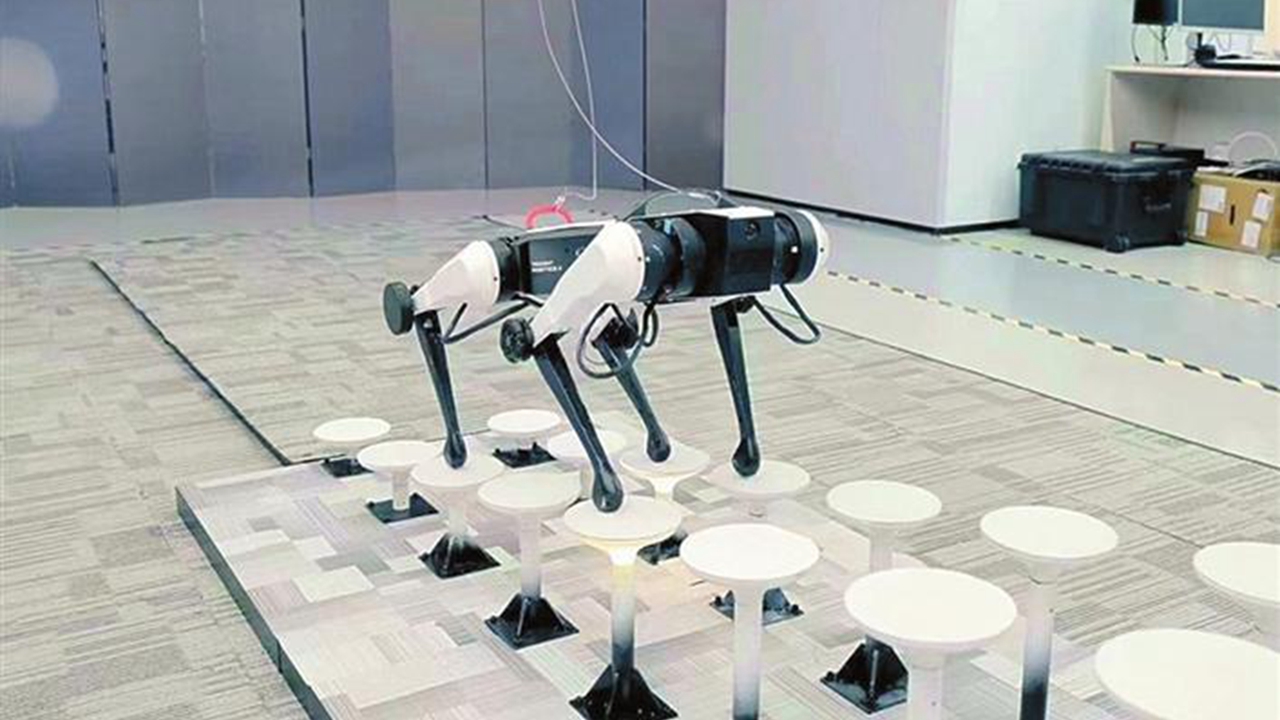 The robot dog was seen walking, turning, spinning, jumping and standing on two wheels on piles, as it can precisely identify the center point of each pile.

The lab revealed that Max’s positioning precision accumulative error remains less than 1%, and its terrain recognition accuracy is lower than 2 centimeters while completing highly dynamic actions, such as jumps and back and forth turns.

Compared with the 2021 version, Max has completed numerous structural and electrical system optimizations, allowing it to maintain overall stability during highly dynamic motions.

Robotics X Lab, established in 2018, engages in R&D and application of robotics technologies, with its major research focus on mobility, dexterous operation and intelligent agent technologies. The lab is dedicated to researching and developing intelligent collaborative robots.

In 2021, Tencent’s first multimodal robot dog debuted, marking another accomplishment for Robotics X Lab following the launch of the robot dog Jamoca and a self-balancing bicycle in 2020.